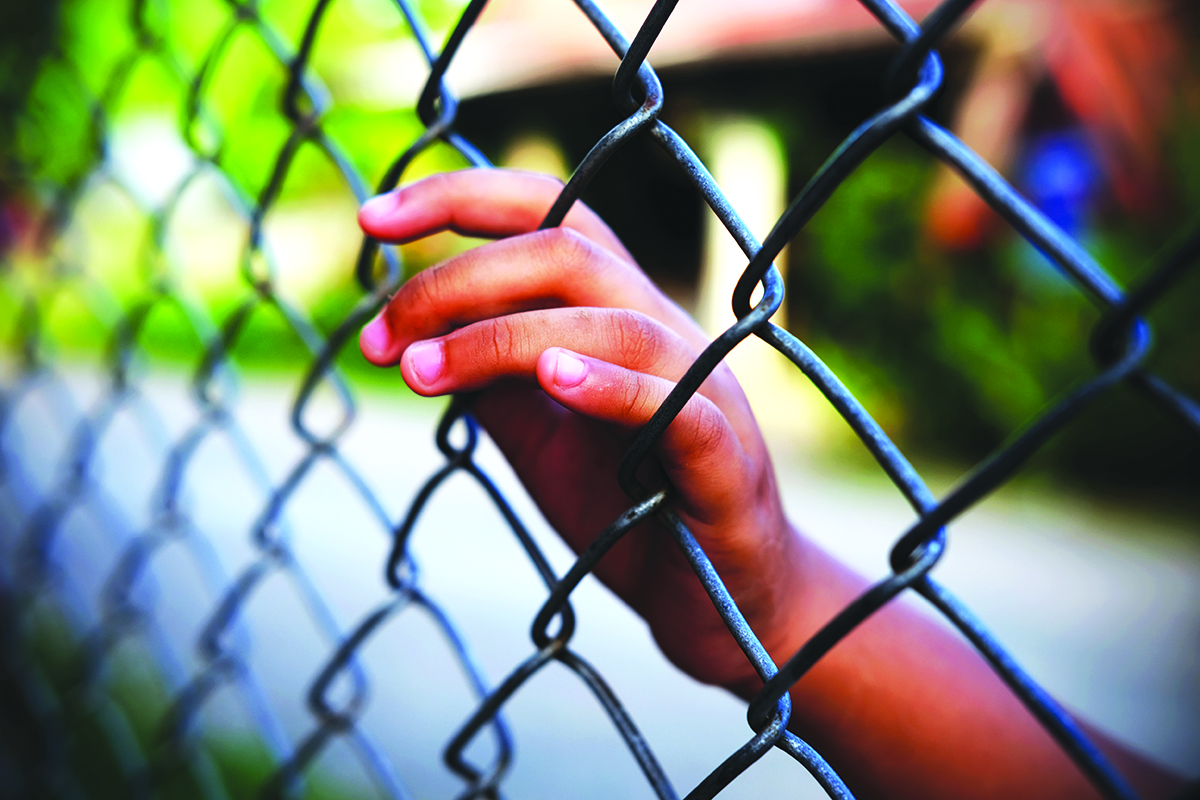 A just-signed bill authored by California state Assemblyman Marc Levine has given the state another bulwark against the Trump administration’s zero-tolerance immigration policies and expands the state’s social safety net for undocumented immigrant youth.

AB 2642 makes it easier for out-of-state nonprofit organizations to care for undocumented youth in California, potentially keeping them out of detention centers, “and helping them obtain special immigrant juvenile status,” says a Levine statement, “that allows them to remain in the country legally.”

Levine’s law builds on previous legislative efforts undertaken in the state to provide safeguards for vulnerable immigrants who are aging out of the state’s foster-care system and could be subject to deportation. In 2014, Levine authored the immigrant-friendly AB 900 which, according to a statement from Levine’s office, “aligned state law with federal law by providing probate courts with expanded jurisdiction for youth, who are older than 18 and younger than 21, and who are also eligible to apply for Special Immigrant Juvenile Status (SIJS).” Brown signed that bill in  2015, and Levine says it’s helped thousands of vulnerable youth in the state.

His latest bill builds on the SIJS asylum bill by expanding the available social services net to undocumented youth. Until now, only nonprofits incorporated in California could serve as a legal guardian for unaccompanied minors. Levine’s bill allows out-of state nonprofits operating in California “help meet the growing demand to protect immigrant children that is straining the capacity of California-based organizations.”

In an interview, the three-term state assemblyman, representing California’s 10th district, echoes other empathic electeds and Californians who have taken note of the Trump family-separation policy and are troubled by the advent of detention centers for immigrant youth amid ramped-up deportation efforts underway by federal officials. The state has itself passed a set of “sanctuary state” laws which have been upheld of late in federal court.

When it comes to what actual powers the state’s sanctuary bill conveys, Levine says it’s a great question and that he’s often engaged in conversations with his wife to the effect of, “Are you doing everything that you can to stand up to the Trump administration?”

Short of physically putting himself between Immigration and Customs Enforcement agents and immigrant children, he highlights that it’s crucial for elected officials to “bear witness” to the numerous facilities spread throughout the state that are currently housing immigrant youth.

Trump’s Department of Justice sued the state over its sanctuary law last year. It’s been a useful tool for law enforcement agencies to the extent that it forbids local law enforcement from turning detainees over to ICE agents.

Levine recently visited a facility in San Bernardino, which he describes as an “eye-opener. We are pulling people out of communities and detaining them in the desert,” he says, “far from the public eye and media attention. It’s dangerous for these facilities to be in the middle of nowhere,” he says, and all the more crucial for officials to inspect the facilities under the unfolding immigration crisis sparked by Trump’s policies. “We must bear witness to the detention centers,” he says as Trump uses his Department of Justice to “mold the U.S. into his twisted vision.”

Several weeks ago the Bohemian and Pacific Sun reported on a detention center in Fairfield which predates the Trump era, the BCFS Health and Human Services facility. That center has been used to house youths who have been (unfairly, it turns out) suspected of gang affiliation, who are also undocumented.

Without criticizing the Fairfield facility, Rachel Prandini, a staff attorney at the Immigrant Legal Resource Center and Legal Services for Children, both in San Francisco, says the Levine bill could provide a measure of protection for any resident at that facility who reaches the age of 18 and ages out of the facility, and might be picked up by ICE. “It is possible that it could help kids there,” says Prandini.

Levine’s bill arrives on an immigration landscape that’s been upended by Trump’s zero-tolerance policies. The assemblyman says he held off on introducing his bill in order to keep distinct the difference between the recent family separation crisis and immigration policies that predated recent moves undertaken by Trump’s Department of Justice. The Fairfield facility has been operational since 2010.

“They are separate and distinct in that we are trying to keep children out of detainment facilities,” he says, “so that they could pursue legal status in California and remain here instead of being deported.”

His previous immigrant-focused bill, says Levine, provided a measure of asylum for youthful undocumented immigrants in the state who were fleeing violence in countries such as Honduras and El Salvador. “We had problems with the challenge of children fleeing horrific, terrible situations in other countries and coming to California where there was no social safety net for them. They were preyed upon by organized crime,” he adds, and AB 900 afforded those youth a legal guardian for three years after they turned 18.

“Those years would give them time to get legal status.” The bill’s been a big success, he says, and the immigrant-rights organization the Canal Alliance in San Rafael estimates that some 50 children have been protected by SIJS locally, “and thousands of children across California.”