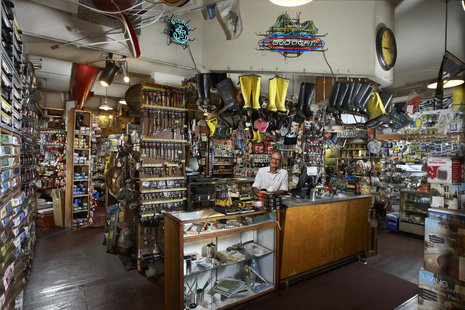 Monsanto’s Roundup, a controversial chemical weed killer linked to serious diseases, will be off the shelves Waterstreet Hardware on Caledonia Street in Sausalito by the end of July. The independently owned store says there’s “overwhelming evidence” that Monsanto’s Roundup is not safe, and references the book Whitewash by Carey Gilliam. (Read it. You’ll go organic before your next meal.) The store is also reviewing its current inventory to determine whether it’s stocking other products that may be harmful to the environment, and, if so, will do its best to replace them with organic or natural merchandise. We see why this wonderful merchant, which has survived for more than 35 years, remains the only hardware store in town.

“Neither rain, nor sleet, nor gloom of night stays these couriers from the swift completion of their appointed rounds.” But a car parked in front of your mailbox will stop it cold. A Tam Valley resident says the mailperson refuses to deliver mail when there’s a car parked legally in front of the mailbox. Failing to honor the postperson’s vow seemed practically treasonable to us, so we did a bit of research about a United States Postal Service promise. It’s a suburban myth. Though the words are chiseled in stone at the New York City Post office and the Smithsonian’s Postal Museum, it’s not an official oath. Worse yet, there seems to be no official policy about getting out of the mail truck, even on a beautiful summer day. Unless there’s a package. Sometimes they’ll deliver a package to the front door of a home. OK, so it’s not treason. Just another government agency with inconsistent policies leaving behind confused taxpayers.