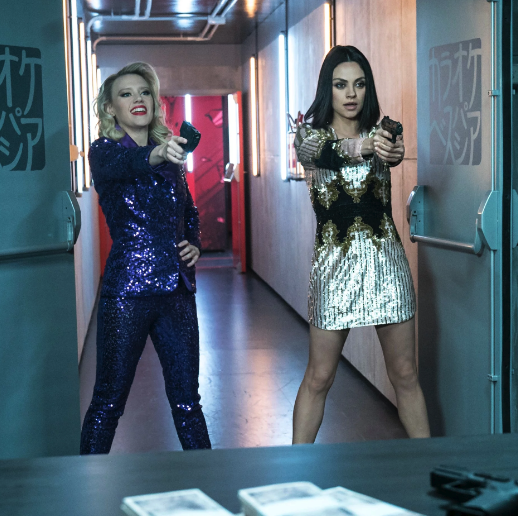 Across the Universe (2:13) Julie Taymor/Fab Four musical phantasmagoria about star-crossed lovers caught up in the protests, self-discovery and violence of the 1960s; Evan Rachel Wood stars.

Blindspotting (1:35) Stylish and energetic human dramedy about two locals dealing with race, class and crime in a rapidly gentrifying Oakland.

Dark Money (1:38) Eye-opening documentary about the heroic fight the state of Montana has been waging against corporate donations to political candidates since the Citizens United decision of 2010.

Dark Victory (1:44) Classic tearjerker stars Bette Davis as a hedonistic heiress facing down a brain tumor; Humphrey Bogart and Ronald Reagan are among her suitors.

The Darkest Minds (1:45) A group of mysteriously super-powerful teenagers escape from a government lockup and resist the evil grownups who just don’t understand them.

Disney’s Newsies: The Broadway Musical! (2:25) Filmed performance of the hit musical about a band of turn-of-the-century New York news kids who lead a strike against Hearst and Pulitzer.

Equalizer 2 (2:09) Denzel Washington’s back as the moody and mysterious righter of wrongs; Melissa Leo costars.

The First Purge (1:37) Dystopian horror flick about a not-so-distant United States where rampant, violent lawlessness is celebrated one night per year.

Generation Wealth (1:46) All-encompassing documentary look at the modern American obsession with riches and such self-destructive corollaries as narcissism, consumerism and body image.

Hermitage Revealed (1:23) Take an eye-filling tour through the 250-year-old St. Petersburg museum and its priceless collection of everything from prehistoric artifacts to Old Masters to Catherine the Great’s private jewels.

Rachel Hollis Presents: Made for More (2:00) The motivational speaker delivers her aspirational message of female empowerment and community.

Sailor Moon R and S: The Movies (2:00) The popular Naoko Takeuchi manga gets movie-fied in an anime double bill of intergalactic love and justice.

Sea to Shining Sea (1:25) Docu-comedy follows a happy-go-lucky Amsterdam skateboarder and his grumpy American BFF on an offbeat road trip across the U.S.A.

Skyscraper (1:43) Security expert Dwayne Johnson goes all Die Hard when he finds himself in the world’s tallest skyscraper with a stem-to-stern inferno and several hundred people who want to kill him.

Teen Titans GO! to the Movies (1:24) The satirical kids’ TV cartoon series hits the big screen with its brash, goofy humor intact, musical numbers and all.

Unfriended: Dark Web (1:28) Horror flick for the Zuckerberg age as a doofus twenty-something realizes that an evil presence has been watching his every move through his laptop.