Tough-to-perform ‘Pericles’ a hit at MSC 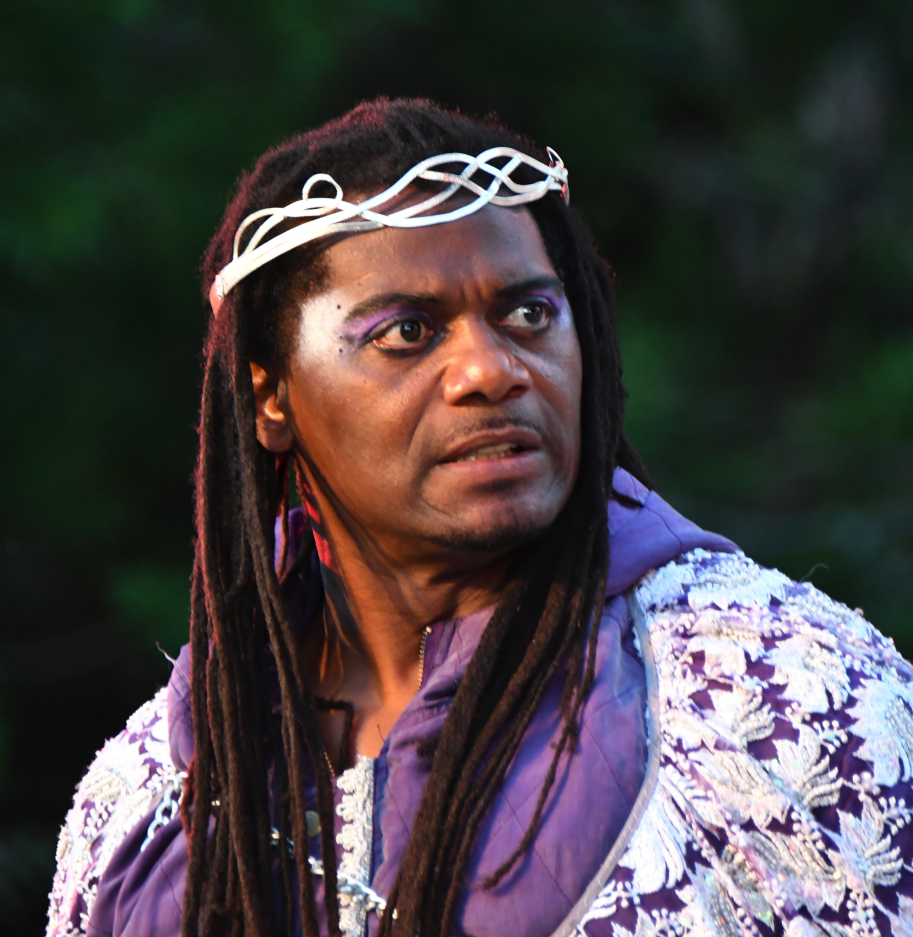 After 28 years avoiding it, the Marin Shakespeare Company finally brings Pericles, one of the playwright’s seldom-performed “difficult” plays, to the stage of the Forest Meadows Amphitheatre. The company’s version of this much maligned outcast in the Shakespeare canon ends a 2017–18 season—shortened by upcoming improvements to the facility—with a delightful evening of theater “under the stars.”

From a company and audience viewpoint, who could ask for better?

The problems with staging Pericles are many. First, it has a plot with almost as many twists and turns as the daily tweets emanating from our nation’s capital. The heir to Tyre’s throne needs a wife. To find one, and dodge the assassins who always seem to be closing in, Pericles (Dameion Brown) voyages to several city states of the ancient world and eventually wins the hand of Thaisa (Kathryn Smith-McGlynn) in a tournament.

Returning by ship to Tyre, Thaisa dies giving birth to a daughter, Marina (Eliza Boivin), and is buried at sea, and the prince entrusts the care of his daughter to Cleon (Richard Pallaziol), the governor of Tarsus, whose wife, Dionyza (Cathleen Riddley), grows jealous of Marina’s beauty as the girl grows older. But before Dionyza can carry out a plot to killer her, Marina is kidnapped by a band of pirates and sold into a brothel, where her virginity will bring a high price from the upscale customers.

So far, poor Pericles’ troubles are close to King Lear’s on the misfortune index. But wait! There has been a miracle and . . . I think I should stop before proceeding further along the spoiler path.

Crazy as it sounds, the play is a near perfect vehicle for MSC’s performance style, which tends to find humor in almost every script.