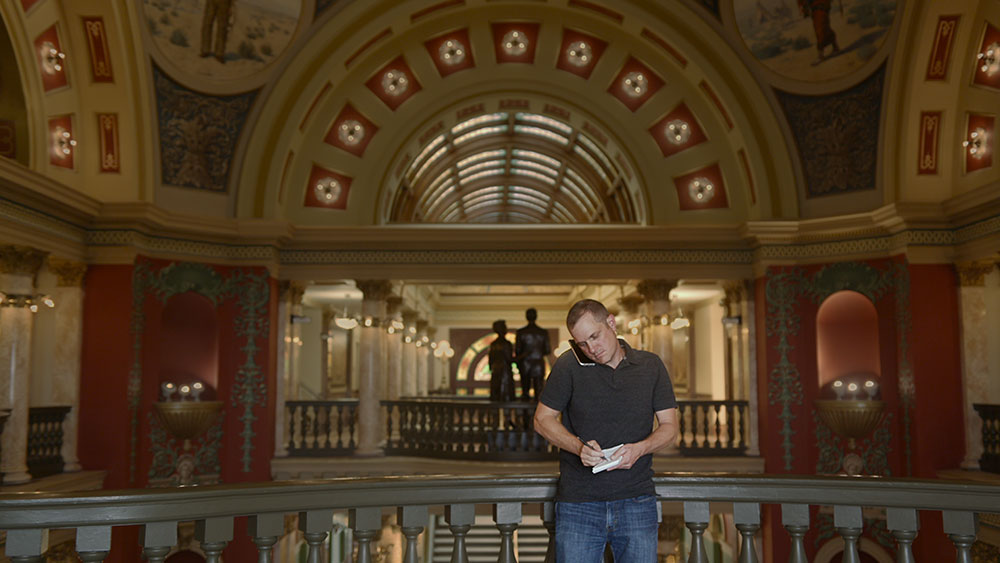 Near the headwaters of the Columbia River in Montana sits a mammoth Superfund site called the Berkeley Pit, a pond nearly 1,800 feet deep filled with runoff as acidic as lemon juice. Snow geese, beguiled by the water at this enduring monument to the free market, die by the thousands here.

This legacy of the days before the EPA is a reminder to Montanans to never let big money influence their government. Montana voters passed laws to make sure the financing of the candidates was transparent, but all that changed with the Supreme Court’s Citizens United decision of 2010.

Kimberly Reed’s keen documentary Dark Money returns to images of the Berkeley Pit to remind us of what happens to small governments when big money runs the show. Mystery funds delivered by 501(c)4s, with feel-good names like Americans for Prosperity  end-ran Montana’s strict laws against corporate donations.

Montana seems like a small target, but these efforts to buy out elections are repeated elsewhere. This impressive and infuriating study isn’t here to make the audience despair. There are heroic figures in the film fighting back. As a tremendously important midterm election comes up in a few months, it’s imperative to see Dark Money’s expertly told tale of political skullduggery.