The Western Front is anything but quiet in thrilling ‘1917’ 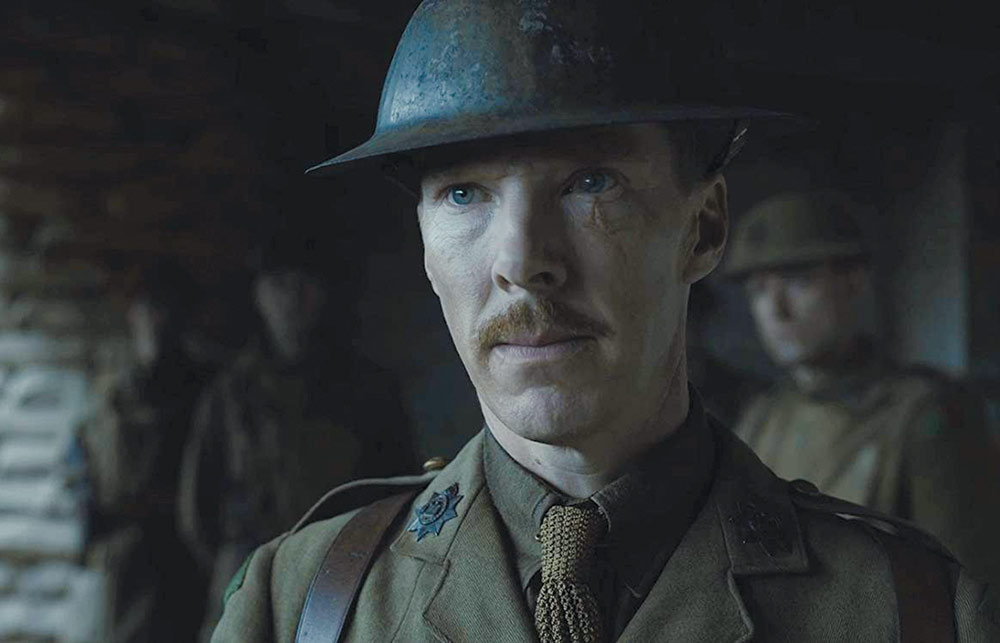 On April 16 in the year 1917, during the First World War, a pair of dozing English soldiers—Schofield (George MacKay) and Blake (Dean-Charles Chapman)—are chosen to deliver an urgent message. Surveillance shows that some 1,600 British troops have advanced into the edge of a German trap. Horribly urgent as this is, the warning seemingly can’t be delivered by plane, and the Kaiser’s soldiers have cut the telegraph lines.

Delivering the message via a pair of runners is a mad plan, but their commanding officer (Colin Firth) recites Kipling to steady the two corporal’s nerves, “Down to Gehenna or up to the Throne …”

George Orwell cited the unspoken other half of that couplet as proof of how important a cliché can be: “sooner or later you will have occasion to feel that ‘he travels the fastest who travels alone,’ and there the thought is, ready-made and, as it were, waiting for you.”

“Ready-made” isn’t a bad way to describe how director Sam Mendes proceeds; he makes a thrill ride out of the Western Front. It’s the fastest-paced film he’s done. Editing is usually an invisible art, but this year the Oscar for best editing may go to a film that looks as if it had no edits. It’s formed as one long take, based on a soldier’s tunnel vision of zigzagging through the crowded trenches.

Here is almost every nightmare story you’ve heard about the war; a trench cave-in while soldiers prowl an abandoned German entrenchment alive with rats so fat they can barely waddle.

Perhaps the nastiest matter is in the home stretch: hand-to-hand night combat among brick walls sliced into Dali shapes by artillery blasts. In these scenes, cinematographer Roger Deakins recalls Pat Barker’s novel The Ghost Road; under the parachute flares, everything is as yellow and orange and lurid as a carnival.

This two-protagonist movie is livened up by celebrity officers. Mark Strong is an intelligent-looking officer (Canadian, I think) who provides a handy truck. The ever-humane Daniel Mays is excellent as a soldier harrowed by the war. A maddened Andrew Scott blesses his troops with droplets of holy rum as they get ready to go over the top. Benedict Cumberbatch is a blood-drinking attritionist, another one of those top-brass fiends who thought that World War I would be won by the side that stuffed the most meat in the grinder.

The problem is that Mendes sometimes gets into the kind of territory that Mark Twain condemned in James Fenimore Cooper. It’s a movie on steroids, cooking up incidents when the truth is bad enough. First an escape in a river, and then a waterfall—in the Lowlands?

Lastly comes the bad Hemingway scene of a soldier encountering the only woman (Claire Duburcq). And a final race gives us a runner seemingly able to outrun machine guns.

I succumbed to this thrilling, compelling film—though it’s current, post–Golden Globes status as a best-picture frontrunner is baffling. Considering what they endured, it’s probably best that the vets didn’t live to see it and hoot at it.