HERO: Start-ups need dedicated folks willing to roll up their sleeves. Fortunately for ExtraFood, a nonprofit launched in Marin a year ago with the mission of ending hunger and food waste, Lynne Simon signed on as a volunteer during its first week of operation. Lynne, a longtime Corte Madera resident, was honored recently as ExtraFood’s Volunteer of the Year. “There are so many ways that Simon has contributed to ExtraFood’s growth and success,” said founder Marv Zauderer. Lynne procured 31,000 pounds of fresh produce from local farmers’ markets; made 130 trips to pick up food from commercial donors and deliver it to nonprofits serving Marin’s most vulnerable populations; recruited numerous volunteers; and drummed up support at community events. Thanks, Lynne Simon, for making Marin a better place.

ZERO: Let’s say you cut off a car. The slighted driver follows you. Instead of driving to a police station, you head home. You have enough time to pull into your garage, find one of your 50 guns, go outside to the front porch, shoot a warning shot across the street, aim at the stranger in your driveway and shoot him twice in the stomach. Wonder how long that took? Long enough to call 9-1-1. This scenario describes the road rage incident last summer that resulted in Dr. James Simon of Corte Madera shooting Bill Osenton of Tiburon. Last Tuesday, Marin County Judge Kelly Simmons eluded common sense when he dismissed the charges of attempted voluntary manslaughter and assault with a firearm filed against Simon. We might as well live in Texas.

Join the Conversation With These Timely Online Discussions 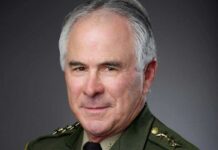 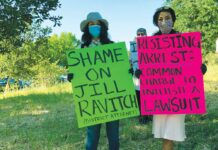