.Feature: Take It To The Bank 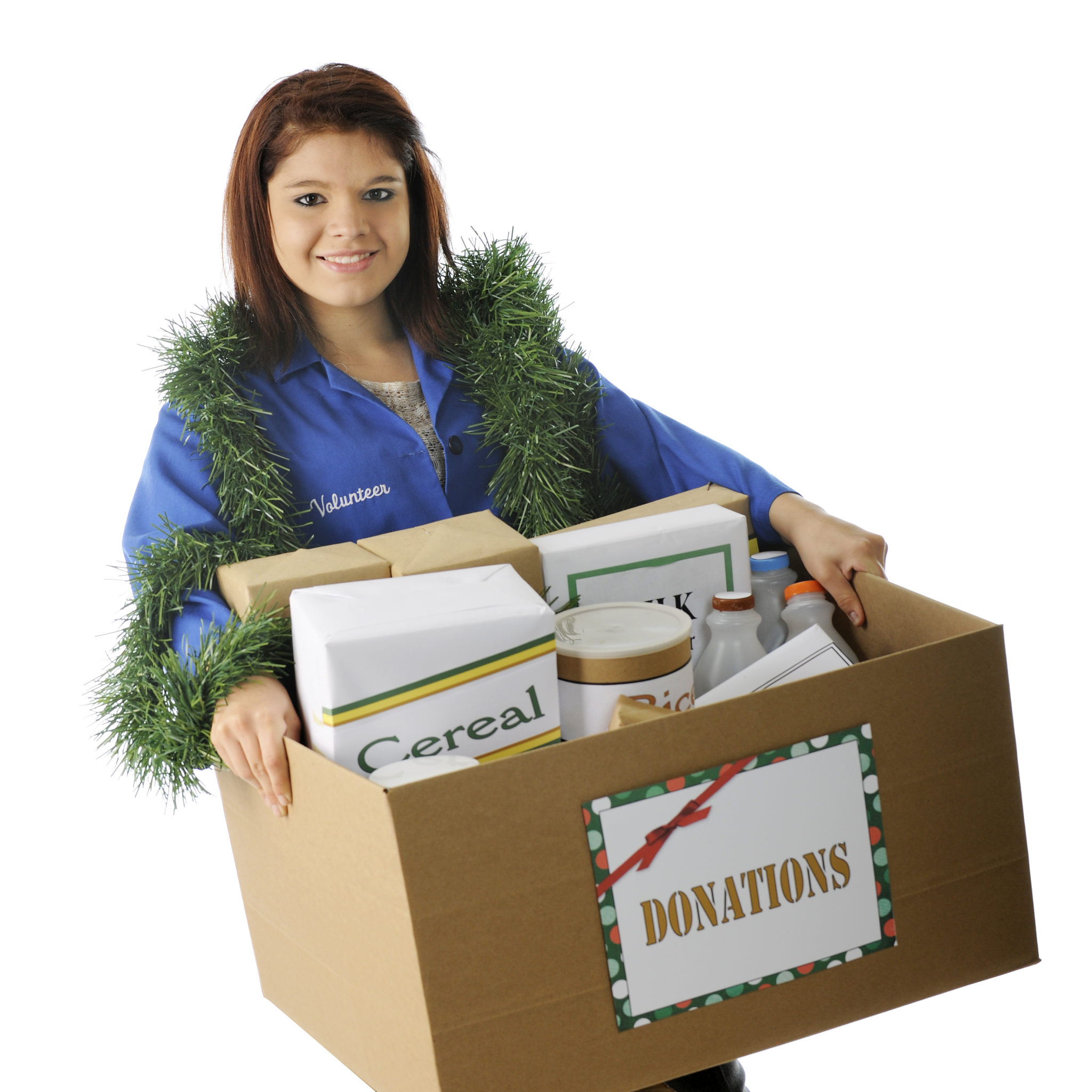 Food insecurity continues to touch the lives of Marinites. The SF-Marin Food Bank reports that it’s distributing 13 percent more food this year than last year. Increasing the number of food pantries and greater reach into the community accounts for some of that increase, according to Paul Ash, executive director at the agency. But the increase also is a sign that more people this year than last year need some help meeting their food needs. Ash estimates that the increased number of people getting a boost from the pantries in Marin mirrors the 13 percent increase in the quantity of food distribution.ood insecurity continues to touch the lives of Marinites.

It’s hard to pin down exact numbers because the SF-Marin Food Bank hasn’t embarked on a comprehensive demographic study of its clients. But from anecdotal evidence, it’s clear that the need for food bank pantries has increased. “It continues to grow in Marin,” says Michelle Garcilazo, the SF-Marin Food Bank’s senior program coordinator for Marin.

The San Francisco Food Bank merged with the Marin Food Bank in 2011. Marin had been “underserved” by the previous incarnation of the food bank program, says Garcilazo. As the new merged entity became established in Marin, it “has become more visible,” Garcilazo adds. Along with its increased visibility, in part by increasing the number of food pantry outlets, the food bank also recognized “the need [of] becoming more visible.”

What Garcilazo refers to is the hidden nature of food insecurity and food need in Marin, a need and an insecurity quite different than in San Francisco. In the city, the food bank sees more homeless and precariously housed clients than in Marin. But that doesn’t mean that the need is inconsequential in Marin. In an affluent county like Marin, food insecurity and the need to visit food pantries often amounts to a hidden need that can carry with it a fair bit of stigma.

From anecdotal information, Ash says, the food bank “knows that a lot of our families have at least one working adult.” Garcilazo agrees: “We are seeing a lot of working families attending our food pantries.” The seemingly safe and affluent lifestyle in the county is resting on an often-precarious financial foundation for families who must meet high housing expenses, transportation costs and still have enough money to feed the family. Garcilazo says that the high cost of living in Marin forces families and individuals “to look at their budgets and see what they can and can’t afford.”

For many families in Marin that means a balancing act that can result in a struggle to meet food expenses. The SF-Marin Food Bank is trying to spread the word that its food pantries are more than an emergency outlet for clients to use in isolated incidents. That’s the impression—or the feeling—that many people have regarding how people should use food pantries. It’s an impression that the food bank works to dispel. “We’re not seeing the same faces at pantries every week,” Garcilazo says. That means that people who could use some extra food on an ongoing basis are reluctant to return. “We’re working to overcome that stigma. That’s a challenge in a county like Marin that’s perceived to be affluent.”

For many Marin families, paying those high housing costs and transportation expenses and other living costs results, Garcilazo says, in “people looking at their paychecks and saying, ‘Hey, I’m doing OK,’ but when it comes time to pay those expenses, people find themselves constantly in a hole.” Coming to the end of the week with insufficient food in the cupboards may seem antithetical to Marin living, but it’s the reality for many families. The SF-Marin Food Bank’s 230 pantries are set up to provide relief from that kind of food insecurity, which can be a crippling psychological burden that affects mental as well as physical health.

Garcilazo says that the need for the food pantries is easily quantifiable by looking at numbers compiled at the First 5 California program, which became reality after voters approved Proposition 10. The program recognizes the importance of health and education in the development of children, especially in their early years. First 5 California estimates that a family of four in Marin, with one child in elementary school and one pre-school-age child, needs $100,000 a year to comfortably meet expenses, including adequate food-healthy living.

According to the SF-Marin Food Bank, the organization estimates, “Marin County in particular has shown a dramatic increase in [food assistance] need. Looked at another way, since the recession hit, the food need in Marin has increased by 54 percent, the food bank estimates.

That 185 percent number is an important benchmark. The SF-Marin Food Bank sponsored a 2010 study with the Stanford Center for the Study of Poverty and Inequality. The study was updated in July 2012. Titled “Coping with Accelerating Food Needs in San Francisco and Marin,” the study notes that when people are at or below 185 percent of the federal poverty level, they are at risk of hunger and face food insecurity. People at that economic level, especially in affluent counties like Marin, routinely miss meals, according to the study.

Even with supplemental food programs from a variety of sources, Marin residents at or below the 185 percent income mark miss seven meals a week, according to the study. Despite benefits from CalFresh (formerly known as food stamps), school lunch programs and other government assistance, low-income and very low-income residents in Marin find that their food budgets just cannot stretch all the way through the week. When the boost to  Supplemental Nutrition Assistance Program (SNAP) funding that came as part of the federal stimulus push ended in November of 2013, and when Congress further cut funding for SNAP, it didn’t help families across the country stock their kitchen shelves.

The cuts to SNAP, along with increasing rents, are the two most significant causes in the increased need for food bank assistance in Marin, according to Ash. Last year, the SF-Marin Food Bank distributed more than 5.6 million pounds of food in Marin—enough for about 13,000 meals each day.

And according to the Stanford study that was updated in 2012, “From 2007 to 2010, the number of people in Marin falling under [the 185 percent poverty] threshold increased by 38 percent. At the same time, the percentage of meals that these people can provide for themselves dropped from 45.1 percent of total meals to 38.9 percent of total meals.” The report concludes that nonprofit food providers, including the SF-Marin Food Bank “helped reduce the unmet food need.”

When people go to a service agency, such as one at the community health campus in San Rafael, they may say they’re struggling to pay rent and need help with healthcare costs. Agency staff can suggest that if clients need help with healthcare, it’s likely they could use some help with food costs, and staff can refer them to a pantry. (Good nutrition is intrinsic to good health, and the food bank reaches out to the community to inform people about nutritional requirements and good diets.)

Garcilazo has a personal story that illustrates the benefits of an intertwined social service net: “I used to work at a school that had a pantry, and in one instance a parent was having a meeting with the school about her children. It happened to be on a Friday, the day of a pantry [at the school]. It turned out the parent had no food in her home. The principal of the school came over and asked us if we had any food. We were able to put together a bag for her.”

About 24 percent of the people the SF-Marin Food Bank serves are children; another 27 percent are seniors, according to Ash, who notes that it’s relatively easy to raise funds and gather donations during the holiday season. The rest of year, it’s not such a simple task. During the holidays, he says, “We have to bank a little bit of money that allows us to operate in February and March and the rest of the year.” The SF-Marin Food Bank has a targeted fundraising drive around Mother’s Day. It also reaches out to specific groups, such as the legal community. That fundraising effort takes place in the late spring. The fundraising after the holidays and throughout the year is aimed at gathering enough resources to carry through to the next holiday season, when, Ash says, “you don’t have to push the reasons” for giving. At the end of the year, tax implications motivate people to make contributions, in addition to the traditional “season of sharing.”

Tax implications also play a role in one of the biggest successes of the food bank. About 14 years ago, it started gathering fresh produce from Central Valley farmers to distribute at pantries. Today, 40 to 60 percent of the food available at the pantries is fresh produce. The SF-Marin Food Bank employs retired workers in the agricultural industry to make the deals that result in a flow of fresh produce to the pantries. The food bank pays between about 7 cents and 15 cents a pound for produce that otherwise would be thrown away or ploughed under. The agricultural industry donators receive a tax break.

The food collected from the farms often is indistinguishable from food on store shelves, Ash says. Sometimes there are minor blemishes. Oranges, for instance, must pass strict USDA standards of size and complexion before they’re allowed on the market. Oranges that are a bit too big or those that have color blemishes get rejected. But the food bank is happy to take them at a deep discount.

Crops such as broccoli and cauliflower are some of the more expensive items on the food bank’s produce shopping list, but even there, the cost to the food bank is almost beyond reasonable. When farmers plant the crops in the Monterey area, for instance, they plan months ahead of the harvest. Market forces can reduce the profit margin for the farm between planting and harvesting. Rather than pay workers to pick and pack the entire crop, farms sometimes plough under a portion of the plants. The SF-Marin Food Bank steps in and pays the cost of harvesting and packing in exchange for a deep discount on the crops. That’s how the pantries can have a variety of fresh produce.

“I think at the end of the day,” Ash says, “farmers don’t like to throw away food. They would rather donate it or sell it for a small fee.”

Contact the writer at [email protected] To locate a food pantry, call 211.

Next ArticleFood & Drink: Open (and closed) for Business