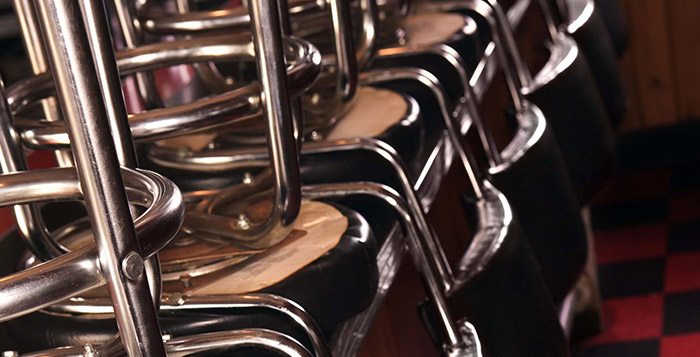 Bidding adieu to the old, and welcoming the new restaurants in Marin

It has been a while since I’ve given an update on local restaurants, and since there has been quite a bit of activity in recent months, I thought I’d report on some unexpected closures, exciting openings and events around the county.

A LOSS IN LARKSPUR

Perhaps the most surprising news is the shuttering of both the Tavern at Lark Creek and Yankee Pier in Larkspur. Though the Tavern at Lark Creek never came close to achieving the success of its earlier incarnation (Lark Creek Inn opened 25 years ago) it was still part of a long-running empire that began chef Bradley Ogden’s stratospheric rise to restaurant stardom. And the Lark Creek Restaurant Group’s sister property, Yankee Pier, was truly one of the first restaurants to pull off the difficult task of appealing to both adults and children without compromise. They managed to offer white table cloth-dining with a good wine list in a handsome, casual fish shack-style space, complete with a sandbox. Like I said, no easy feat. It feels like the end of an era. Stay tuned to learn what will be next at these two locations.t has been a while since I’ve given an update on local restaurants, and since there has been quite a bit of activity in recent months, I thought I’d report on some unexpected closures, exciting openings and events around the county.

Less surprising is the closure of the Wipeout Bar & Grill, owned by Simco Restaurants in the Bon Air Center in Corte Madera. The family-friendly, surf-themed chain restaurant (there is another one in San Francisco) took over the space occupied by Chevy’s and served pizza and beer amidst multiple TV screens. The prime spot is ideal real estate for a restaurant—let’s hope they raise the bar a little with the next tenant—my visits there were disappointing at best.

Ross Valley Kitchen in the Redhill Shopping Center in San Anselmo has also been closed for over a month. Though the food had great promise, it was clear from opening day that running a restaurant was new territory for the well-meaning owner and his staff. Calls to the shopping center business office in Novato have not been returned—so I have no updates on who will take over the space that Easy Street occupied for more years than I can remember.

If you live in Marin, you have likely enjoyed Equator Coffee in a restaurant, cafe or surf shop (yep—the coffee is sold out of Proof Lab at Tam Junction). Last month, owners Helen Russell and Brooke McDonnell opened Equator Coffees & Teas at 2 Miller Avenue. Now their many fans can enjoy their celebrated brew along with a waffle or a slice of quiche in the comfort of the new cafe in downtown Mill Valley. The almost 20-year-old San Rafael company now offers a full range of espresso drinks as well as a seasonal shandy, and a few renditions of the Shakerato—a classic brown sugar and cream shaken with espresso out of their own brick and mortar storefront. Housemade blueberry waffles, salads served in jars, quiche and yogurt parfaits are all on the menu at this new addition to downtown Mill Valley. Hours are Mon.-Fri., 6am-8pm and Sat.-Sun. 7am-8pm; www.equatorcoffees.com.

Pop-up dining! Here is a great way to discover some of our talented Marin chefs, local purveyors, farmers and winemakers all in one place. Graze Local, a series of dinner events integrating our amazing and talented food producers and chefs will be collaborating on Sunday, Dec. 11, in Sausalito at 100 Spinnaker Drive from 6-10pm in the big tent on the waterfront (the wrap of the Sausalito Winterfest event). A few of the restaurants and producers that will be involved in this five-course meal include: Left Bank, Pig in a Pickle, chef Stephen Simmons from Lincoln Park and pastry chef/owner of Sugar Pie Baking Company, Jennifer Hirt. Appetizers will be provided by Cooper’s Public Market and will be paired with Pt. Reyes Farmstead, Gypsy Cheese Company and Rustic Bakery. Wines from Sera Fina Cellars will be served with each course. Tickets are $100 and are available at www.grazelocal.com.

Share your hunger pains with Tanya at [email protected].

Pacific Sun
The Pacific Sun publishes every Wednesday, delivering 21,000 copies to 520 locations throughout Marin County.
Previous articleFeature: Take It To The Bank
Next articleHeros of Marin: A message from Redwood Credit Union