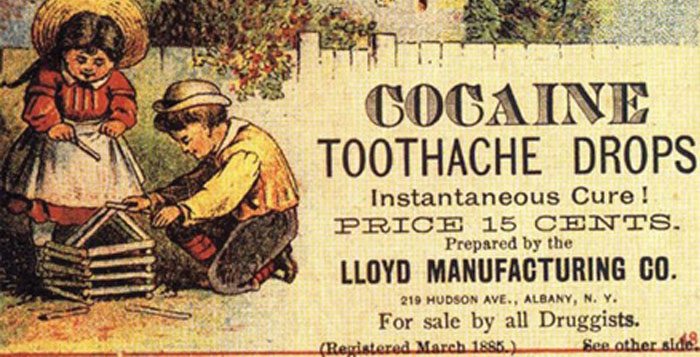 This year and time, let us commemorate the passing of the Harrison Narcotics Act’s 100th anniversary! Here, ladies and gentleman, marks a major turning point of American history, when the menace of deadly, addictive drugs were finally curtailed by turning a moderate medical issue into a major criminal problem. No more cocaine-crazed negroes nor opium-smoking Chinese to cause anybody problems! When our good government realized that the 10th Amendment (granting powers to the states if laws weren’t specifically outlined in the Constitution) became officially null and void. It’s a step in the right direction that states are finally easing up on cannabis, but why shouldn’t this also be applied to all psychoactives? Per a United Kingdom study around 2009, when damage to the user and damage to society are taken into account, alcohol is by far the most damaging drug, yet most of us use it responsibly. To spin it another way, tobacco kills exponentially more than all the others. To weaken organized crime, make the streets safer (due to no more drug wars and less gang turf violence), why isn’t legalization ever discussed as an option? I guess we need more minorities in prison. And the CIA does have to make money somehow, I suppose.

All creatures, great and small

Aren’t humans amazing? They kill wildlife—birds, deer, all kinds of cats, coyotes, beavers, groundhogs, mice and foxes by the millions—in order to protect their domestic animals and their feed.

Then they kill domestic animals by the billion and eat them. This in turn kills people by the millions, because eating all those animals leads to degenerative—and fatal—health conditions like heart disease, stroke, kidney disease and cancer.

So then humans spend billions of dollars torturing and killing millions more animals to look for cures for these diseases.

Elsewhere, millions of other human beings are being killed by hunger and malnutrition because food they could eat is being used to fatten domestic animals.

Meanwhile, few people recognize the absurdity of humans, who kill so easily and violently, and then plead for “Peace on Earth.”

But will they bury him in the endzone at the Meadowlands?

One of the fun realities of the increasingly divided society we call America is that people of means, and their children, can easily shelter themselves from everybody else.

Marin, where I lived for most of my life and helped raise four fine children, is a prime example of this emerging cultural phenomenon.

There are likely more Marinites who have visited Nairobi than Oakland. I stole that one from Chris Rock.

And because more and more people who get themselves elected to positions of higher office, such as in the House and Senate, are people of means, this chronic tendency toward avoidance becomes a problem of representative democracy as well as a social problem.

At one time in this country’s history, in perhaps a more innocent and egalitarian time, the careers of people with political ambitions often were sprung from ordinary neighborhoods, in cities and rural areas.

In many of these neighborhoods, the centers of community and influence were taverns, restaurants, beauty shops, and barbershops, where ambitions were fulfilled one person, one vote, one haircut, and one drink at a time.

So, picture, if you will, a neighborhood bar in a working class section of Chicago. Maybe it’s a joint right out of Jack London’s John Barleycorn, except it’s not in Oakland.

Maybe the surrounding neighborhood has, over the past hundred or so years, sent its share of young men and women to shed blood in the cause of protecting American interests in places such as Baghdad and Kabul, Pleiku and Inchon, Anzio and Alsace.

It’s a place of honest sacrifice, where actual democracy is approved of and in effect pretty much every day.

And then, Dick Cheney walks into this bar. This is a man who has shed a lot of blood in his years of public service, none of it his. He is an acknowledged, visible, righteous, unapologetic, magnificent profiteer of the war industry.

Mr. Cheney takes a seat at the bar, orders a Rob Roy, and begins to defend the torture that he either ordered or tolerated at places such as Abu Graib.

Keep in mind that he is no longer at his ranch in Wyoming. He is not sitting in a boardroom, having coffee and doughnuts with his homies. He is not in the comfort of an interview in a Fox News studio.

A number of patrons recognize him and come near to hear what he has to say for himself.

As they listen, the mood in the bar changes. Smiles are replaced.

Can you imagine what might (should) happen in this scenario?

And, I can spell Hoffa.

This is the price we pay for ‘Game of Thrones’ …

I recently experienced an interesting confrontation with the giant media monopoly Comcast. My PC was no longer connecting with the service. When support could not repair the problem remotely, it was suggested I should have a technical expert come by and check the problem. There was no suggestion I would be charged even though the problem was considered potentially a Comcast one. It was on my next bill.

When I checked at the Comcast service office in San Rafael I was told, unless I had purchased the prevention program at a cost of $399, I would be charged no matter if it was a problem with my PC or was a Comcast problem.

This is tantamount to corporate blackmail and illustrates the complete lack of concern for its customers. My location is an irreversible dead zone for satellite coverage, holding customers such as myself hostage to pure greed.

This message was also sent to the FCC.

Son of a gun

When I was young I had toy guns that mirrored the times. There were no Uzis, AR-15s or AK-47s. We played Army and, yes, even Cowboys and Indians. I grew up in a Midwestern state, my dad hunted and when I got to an age where I was ready to start hunting with him I was taught the responsibility of a real gun. Even though I no longer hunt I still own guns and like to occasionally target practice. I still believe that it’s the person, not the inanimate object, that makes a gun a bad thing and, no, I do not belong to the NRA. We need to look at society on a whole and see where we are heading, and the path is not looking all that rosy. For all the advances we have made in psychology and reasoning we seem to be missing the point. We are quick to blame everything and everyone else for our own personal shortcomings.

FOOD FOR THOUGHT Feeding those less fortunate than ourselves is an...