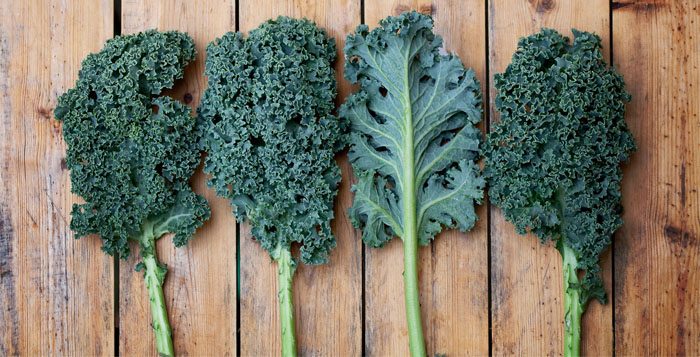 As another year comes to a close, like most, it’s a mixed bag—glad to see some things go and already nostalgic about others. Whatever the case, trend or not, here is a roundup of foods and practices we saw quite a bit of in 2014. Some will transcend trend status and continue on into 2015 and beyond—especially if we keep them going—we have the power!

KALE Though I have always been a fan of most leafy greens, I have to say that I am suffering from kale fatigue. The fibrous “superfood,” with its high levels of antioxidants and vitamins C and A, has become far too ubiquitous for my taste. Love it in salads, but does it really have to be dehydrated, drenched in spices and eaten as a snack? Fried and sprinkled on soups, pastas and eggs? Seriously, it doesn’t have to be included in every meal—it’s versatile, but let’s give it a break. Bring on the cauliflower!

FERMENTED FOODS As someone who made kombucha in my apartment in San Francisco in the ’90s and recalls having multiplying mothers taking over my pantry, I can’t help but chuckle to see the trend explode as it has. But kombucha (fermented tea) isn’t the only product leading the way in this frenzy; sauerkraut, kimchi, kefir and yogurt all contain bacteria and yeasts that benefit from this age-old process of converting sugars to acids. Since chefs have jumped on this bandwagon, we are likely to continue to see some interesting permutations and creations—I for one am looking forward to the discovery.

JUICING It seemed that bagels and morning pastries were suddenly replaced by goopy green smoothies and unrecognizable (read unappetizing) liquid concoctions. Kiosks popped up overnight touting their cleanses that included exotic cold-pressed watermelon and rose water combos for a mere $10 for an 8-ounce drink. Strategically placed near yoga studios and health clubs, the trend remains in full swing and the flavors continue to expand—utilizing ginger, vanilla and cinnamon. The Vitamix and other heavy-duty juicers have also enabled us to juice beyond bananas to cucumbers, kale and carrots. Essentially this craze has resulted in the recrafting of the smoothie from a heavy, calorie-laden and mostly fruit beverage, to lighter, vegetable-based drinks that utilize smaller amounts of fruit and larger quantities of vegetables combined with spices to add sweetness.

SRIRACHA I was just fine when this Thai chili garlic sauce was used to add some kick to scrambled eggs, a burger or a burrito. In fact it offered some welcomed competition to the iconic, but one-note Tabasco. But then it got out of hand. Sriracha chocolate and popcorn? Lip balm with spicy Sriracha flavors. No! Ironically a Sriracha factory in Southern California was ordered to shut down after neighbors complained of the spicy smells it was producing. Definitely a case of too much of a good thing.

ANCIENT GRAINS Being the child of hippie parents, I was eating millet—wheat berries and amaranth—before I was 10. With the introduction and accessibility to a host of flavorful and tasty grains—meal choices have expanded exponentially. Not only are grains like faro and spelt great for salads, but incorporating them into breakfast to replace oatmeal allows us to really mix things up. Many are equally tasty combined with nuts and yogurt, or veggies and salad dressing. This trend is especially exciting for vegetarians—I hope it continues.

UMAMI It seems like this trend has been years in the making. Initially it was likely the negative association with MSG that caused the savory flavor trend to come to a screeching halt. Now with the L.A.-based chain Umami Burger popping up throughout the state, and Asian food more popular than ever—this “savory fifth taste” is definitely on the radar. Asian sauces, salts and soups often include umami, along with plenty of foods like beef, tomatoes and mushrooms that already have the flavor naturally occurring in their makeup.

GLUTEN-FREE Though I’m amused to see packaging for items like oatmeal, shampoo and almond milk touting their “gluten-free” status, in the end, this trend seems to be helping folks with any sensitivities around wheat, lead more flavorful and pain-free lives. The number of GF products available on large grocery store shelves continues to grow by the day. Clearly this is something whose time had come. There is even a beautifully photographed quarterly magazine created here in San Francisco titled Gluten-Free Forever that will make even the most die-hard wheat-eater swoon. Check it out here: www.gffmag.com.

FOOD DELIVERY SERVICES It seems like another meal delivery service pops up every day. Between Blue Apron, Munchery and AgLocal, you can now choose to have complete meals delivered to your doorstep, choice cuts of meat from local ranchers, or a mystery box of fresh fruits and vegetables in CSA boxes. This is not a new idea, but it appears that the infrastructure and distribution models have improved so much that the chances of going bankrupt like Webvan did 20 years ago are just a vague memory.

FOOD HALLS As more and more of us become food-obsessed, large food emporiums or halls are in planning stages or already opened in cities across the country. Several such halls are slated for various neighborhoods in San Francisco, and one has already arrived at 6th and Market streets. The hall features multiple vendors offering everything from artisan coffee, sustainable seafood and curry and Vietnamese food. Unlike previous markets, this new breed tends to focus on sustainable, artisanal, handcrafted and local.

LOCAL, LOCAL, LOCAL With many folks dedicated to “decreasing the size of their carbon footprints,” a noticeable shift toward buying from and supporting local businesses continues to resonate. Chefs, specialty food producers and we the consumers, are eating and shopping closer to home. Though it’s not likely the big box stores will close their doors anytime soon, there is an ever-growing awareness of the importance to support our local communities by keeping our dollars closer to home.

Share your end-of-the-year hunger pains with Tanya at [email protected].