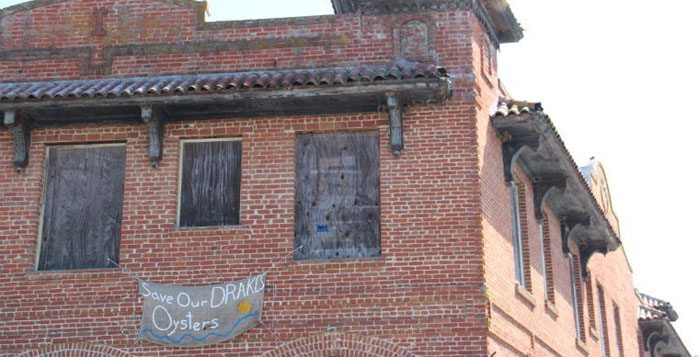 A roundup of top local stories from 2014, in case you’ve been under a rock.

Drakes Bay Oyster Company proves yet again that it will not go down without a fight. In July, the U.S. Court put an end to owner Kevin Lunny’s legal challenge to a Nov. 2012 decision not to renew a 40-year-old permit to harvest oysters in federally protected waters. Around two weeks later, in a last-ditch effort to save the West Marin company (which had agreed to halt operations by Dec. 31), a coalition of farmers and restaurant owners entered the saga with a case that claimed that the shuttering would result in an economic blow to the county. A U.S. District judge faulted the case for “a complete lack of merit,” and a February hearing on its dismissal is scheduled. Meanwhile, Lunny has announced plans to open a seafood restaurant in Inverness.
On Aug. 11, Oscar-winning actor and comedian Robin Williams was found dead in his Tiburon home. An investigation into the death by the Marin County Sheriff’s Office Coroner Division revealed that Williams committed suicide by asphyxia due to hanging. A toxicological evaluation showed that prescription medications in therapeutic concentrations were found, as well as the absence of alcohol or illicit drugs. In October, the Throckmorton Theatre hosted a celebration of life event, where longtime friends of Williams shared memories and laughs with a sold-out crowd.
The latest on the hot-button housing issue in Marin: After much debate between housing proponents and higher-density critics, the Board of Supervisors votes unanimously to approve the housing element, which will guide development through 2023. The 419-unit proposal from county planners was cut to a total of 378 units by the board. Of that total number, the element calls for 210 low-income units, 70 moderate-income units and 98 market-rate units. Slow-growth in Marin continues.
In August, the Marin County Open Space District (MCOSD) released a recirculated Draft Tiered Program Environmental Impact Report for its first comprehensive Road and Trail Management Plan—which aims to direct future use and management of roads and trails on the MCOSD’s 34 preserves. Receiving numerous comments from the public on the report, the MCOSD released a final Environmental Impact Report in November. Further comments led to a memorandum this month to the MCOSD Board of Directors, incorporating and responding to the comments. One day, there will be peace on the county’s trails.
The Marin Organizing Committee (MOC) met in October to discuss the next steps in creating a permanent shelter for the homeless in Marin. A total of $1.25 million is the goal to keep such a place open for one year. Seeking commitments from the county’s 11 towns to fund a shelter, the MOC was greeted with open arms by Fairfax, the first town to agree to donate money to the cause. Councilman Larry Bragman attributes the generosity to the town’s social consciousness and progressiveness. Which town will step up next?
It may finally be raining buckets, Marin, but that doesn’t mean that we’ve forgotten about the alarmingly dry state of things this year. According to scientists with the University of Minnesota and Woods Hole Oceanographic Institution in Massachusetts, the California drought of 2014 was the most severe dry spell in at least 1,200 years. While the Marin Municipal Water District offered hands-on activities on Earth Day to educate families about sustainability solutions—addressing drought, climate change and the future of water conservation, WaterNow—a nonprofit “tackling the water crisis by jump-starting sustainable water solutions in communities”—began a partnership with the county. A pilot project is underway to boost Marin’s water supply by promoting the use of graywater.
Climate change is for real. This year, Marin took steps to address growing concern about threats to the environment and human safety. Released in August, the Marin County Climate Action Plan Update 2014 builds on the 2006 GHG Reduction Plan and provides an update of greenhouse gas emissions in 2012. It also includes an assessment of actions that Marin will take to further reduce emissions by 2020. According to the report, the proposed new community emissions target would put the county on the forefront of climate action planning in the state. Way to lead, Marin!
Major progress has been made in the last year on the Sonoma-Marin Area Rail Transit (SMART) project. Construction has included everything from in-ground infrastructure to above-ground tunnels to old track removal and new track installation. It won’t be long before we start hearing those whistles.
The situation is dire when it comes to Marin’s aging population. A 30-page report titled, “Aging in Marin: What’s the Plan,” which was issued in June by a civil grand jury and examines the county’s ability to provide for its senior citizens, concludes that there is a lack of a long-term, strategic and financial plan in place. According to the report, one in four residents of Marin is 60 years or older, and by 2030, one in three residents will be a senior. As the population ages, service demands will rise. But with a declining number of people available to help with that demand, many seniors will find themselves unable to meet their needs for food, housing, transportation and medical care.

Let Molly know if this is news to you at [email protected].