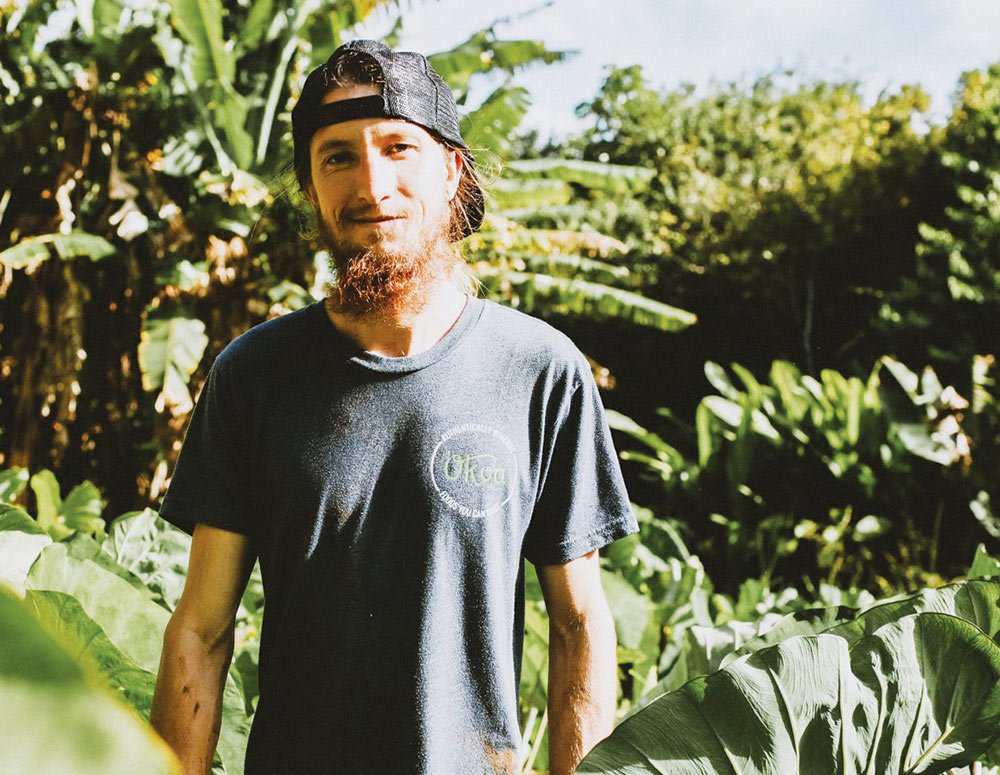 Most mainlanders know the meaning of aloha, but fewer have heard of Aloha ‘Āina. That’s a bit ironic, considering that the concept of Aloha ‘Āina is arguably even more integral to the Hawaiian way of life. While it literally translates to “love of the land,” its actual meaning is far more complex, encompassing not only one’s connection to the Earth, but also environmental consciousness and cultural understanding of all types.

It’s also the principle by which Pat Simmons Jr. lives his life. He’s primarily known for his music, which is to be expected when you’re the son of Doobie Brothers guitarist Patrick Simmons and your own musical career began when you were barely old enough to walk.

But the 28-year-old Simmons, who released his debut album This Mountain in 2017 and is currently working on a follow-up, sees his music mainly as a medium for his message.

“For me, my ultimate hope and goal with my music right now is to spread the word about what’s happening in Hawaii,” says Simmons. “It’s so hard for me to be away right now, knowing that my ohana, my Hawaiian family, is standing up for their sacred mountain and trying to protect the place they call home.”

This Mountain was defined by strong hooks, Simmons’ environmental messages and a laid-back, often rootsy folk sound. For this follow-up album, which he hopes to release by the end of the year, he’s taken a somewhat different approach.

“I really enjoyed making This Mountain, but I left a lot of the decisions up to my dad,” says Simmons. “This time around, I’ve been choosing the material, just being more creative in my own way. Being the sole producer for the first time.”

Another Hawaiian word that is especially important to Simmons is na-au—intuition, which is how he is finding his way through his music career and his life.

“Part of my mission with the music is to really utilize my opportunity to talk about important things, because we’re in such a pivotal moment as a species, and people need to wake up to the realities that we face on the planet,” he says.  “It’s not easy, because there’s so much of the industry side of the music, where you’ve gotta write a song and it’s got to be catchy, and it’s gotta sell. There’s that whole pressure that I feel. But really, when I listen to my heart, when I tap deep into my na-au, I just keep following these messages that need to be heard.”