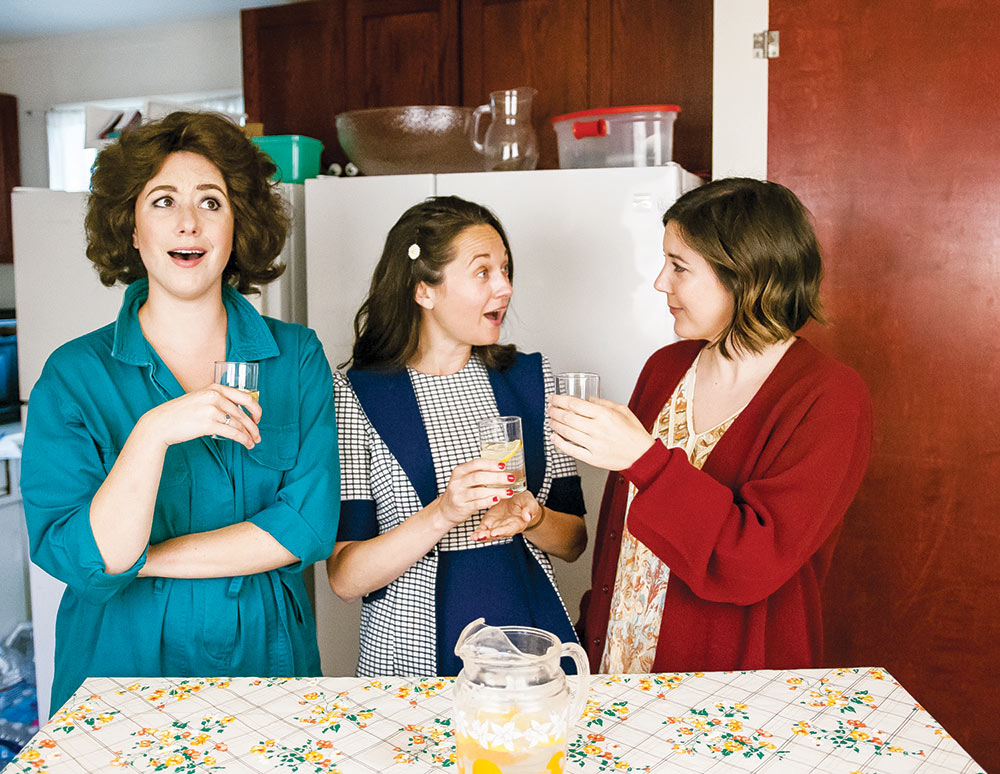 The Ross Valley Players conclude their 89th season with a production of Crimes of the Heart, running in Ross through Aug. 11. Beth Henley’s tragicomedy won the 1981 Pulitzer Prize for drama and was followed by a film adaptation starring Sissy Spacek that nabbed three Oscar nominations.

The Magrath sisters are gathered at their grandfather’s home in Hazelhurst, Miss. in support of sister Babe (Margaret Grace Hee) who’s out on bail after shooting her husband in the stomach. Lenny (Jensen Power) is taking care of Grandpa after sister Meg (Chandler Parrott-Thomas) took off to Southern California in pursuit of a singing career.

Things haven’t turned out so well for any of them. Lenny’s given up hope of ever finding love because of a shrunken ovary. Meg, who left a broken heart in town, is back after suffering a breakdown and spending the last year working for a pet food company. Babe will soon stand trial for the attempted murder of her ne’er-do-well husband. Current problems and past grievances will test the bonds of sisterhood.

Full of the absurd and the grotesque for which the style of “Southern Gothic” is known, Henley’s play has six great character roles for actors, and director Patrick Nims filled those roles well. In addition to the three aforementioned sisters, there’s Chick Boyle (Caitlin Strom-Martin), a neighboring cousin with a perpetually upturned nose; Doc Porter (Michel Harris), the man Meg left behind; and Barnett Lloyd (Jeremy Judge), the wet-behind-the-ears defense attorney who’s taken Babe’s case for “personal” reasons.

The cast keep their performances nicely modulated, and no one succumbs to the urge to go full “Southern” and chew the scenery which, by the way, was provided via a finely detailed set by Ron Krempetz. The action is relegated to the kitchen of the modest Mississippi home, along with a short staircase leading to the rest of the house and front and back entry/exit ways. Subtle lighting and sound cues really enhance the environment.

Henley mines the dark material (suicide, infidelity, attempted murder, etc.) for a lot of humor, and none of it seems cheap. The ability of these women to carry on despite the harshness of their lives and to still have hope for better times to come is one of this show’s appeals. Audiences looking for a little support in their lives might learn a little something from the Magrath sisters.‘Crimes of the Heart’’ runs Friday–Sunday through Aug. 11 at the Barn Theatre in the Marin Art and Garden Center, 30 Sir Francis Drake Blvd., Ross. Thurs–Sat, 8pm; Sunday, 2pm. $15 – $27. 415.456.9555. rossvalleyplayers.com.