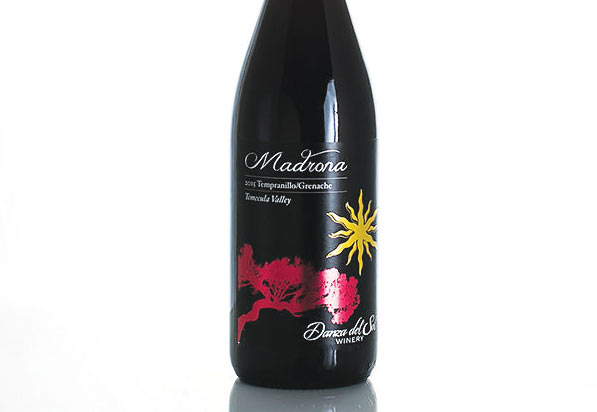 Because I could not go to Temecula, it kindly came to me. And threatened to drown me with bottle after bottle of its fine wines. If the Temecula Valley is not yet on your California wine radar, it should be. North of San Diego and south of Riverside, this SoCal gem’s wines are a fine complement to their Sonoma and Napa cousins.

Due to the pandemic, the annual Temecula Valley Southern California Wine Country Immersion Tour was a nonstarter this year, but that didn’t stop them from hosting a Zoom tasting for 50-plus wine reviewers. To achieve this, they sent a deluge of sample bottles we’ve only just begun wading through.

Among our current favorites is Danza del Sol’s 2015 Madrona Red. This svelte tempranillo and grenache blend starts fruit-forward with a smear of berry pie and sophisticated sour cherry. It’s like doing the breaststroke through a cranberry bog but with the faint breath of a beeswax candle on the nose followed by a pomegranate seed finish ($40). Expect more Temecula tidbits throughout the coming months.

An App for That

Thanks to Zoom and shifting social mores regarding massive wine consumption, we’ve entered the Golden Age of virtualized vino. However, if you prefer not to be seen online drinking wine in your pajamas, juggernaut wine-brand Stella Rosa has an app for that. Since launching their semi-sweet, semi-sparkling wines in 2003 (to each their own) the brand has become the leading imported Italian wine in the country.

Not satisfied with dominating that particular hotspot, Stella now wants in on your smartphone. Touted as the “first-ever application of its kind from a major wine brand,” the company’s new app features augmented-reality screen filters (as if drinking wine didn’t augment reality enough), cocktail recipes and a store locator.

But wait, there’s more! The star of this app is the in-app game that provides chances to win discounts and Stella-branded merchandise. Dubbed “Stella Poppin,’” it invites users to play and compete for a top spot on a leaderboard, win points and share high scores with friends via social media. My first thought is “frat-house drinking game,” but with less possibility of waking up with a penis drawn on your face.

Every Wednesday, the app nudges users to open it and “shake.” Why? Because that’s how they win Stella Rosa merch prizes and discount codes. And because pretending to have a seizure is apparently fun. The app launches tomorrow—users must be 21 and over to download and register and, um, shake.

Daedalus Howellhttps://daedalushowell.com
Daedalus Howell is the editor of the North Bay Bohemian and Pacific Sun. He is the author, most recently, of Quantum Deadline and is the writer-director of the feature film Pill Head.
Previous articleTown and Country
Next articleHuffman’s New Legislation Opposes Fossil-Fuel Bailout

How I Became an Art Thief