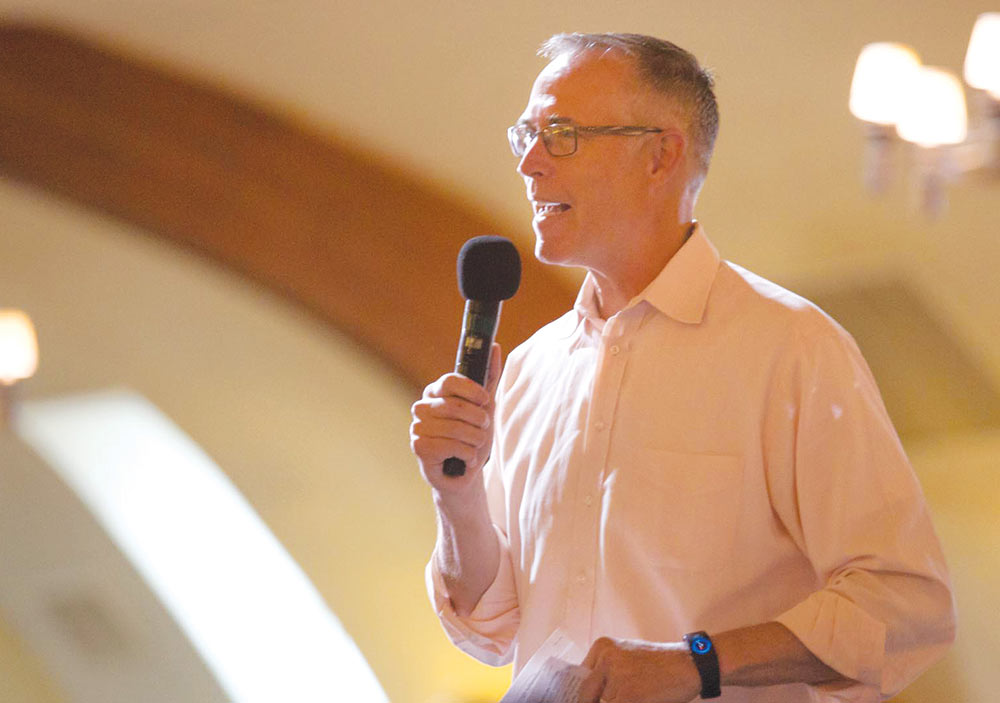 Huffman and other Democratic lawmakers introduced the legislation, known as the ReWIND Act—the Resources for Workforce Investments, not Drilling Act—on May 5.

The bill comes after the Trump Administration began signalling the president’s intent to steer CARES Act funds to the struggling oil and gas industries.

The ReWIND Act would make “sure [that CARES Act funds] are not used to pay off bad debt taken on by fossil fuel corporations before the public health crisis,” according to a statement released by Huffman’s office.

“The relief allocated by Congress in the CARES Act is intended to benefit families and small businesses, not bail out oil and gas companies that were failing long before the coronavirus pandemic hit,” Huffman said in a statement.

Among other things, the ReWIND Act would prevent banks using certain CARES Act programs from issuing loans to oil companies, and institute a moratorium on new federal fuel leases until the end of the Covid-19 pandemic.

Marin County is joining other North Bay governments in lobbying state and federal lawmakers and agencies for additional financial assistance in order to deal with the costs of the Covid-19 pandemic.

The federal Coronavirus Aid, Relief and Economic Security (CARES) Act set aside $15.3 billion for aid to local governments in California. However, because cities and counties with fewer than 500,000 are exempt from the program, Marin, Napa and Sonoma counties have not received any federal relief through the program.

The county is currently projecting a budget shortfall of between $7 and $11 million for the coming fiscal year, due to Covid-19-related expenditures alone. Without federal assistance, the shortfall, which will be worsened by expected revenue losses, is expected to grow to over $50 million by 2024.

“While we have had tremendous success locally and regionally in ‘flattening the curve,’ it has also been at tremendous local cost,” said Katie Rice, the president of the Marin County Board of Supervisors. “Early and unprecedented effort has saved many lives, but the County has shouldered an unsustainable burden with its mandate to protect the health of the public at large.”

Bret Uppendahl, Marin County’s budget manager, said at an April 28 Board meeting that he will have more clarity about the scale of the county’s budget problems after Governor Gavin Newsom’s administration releases its May budget revision in mid-May.