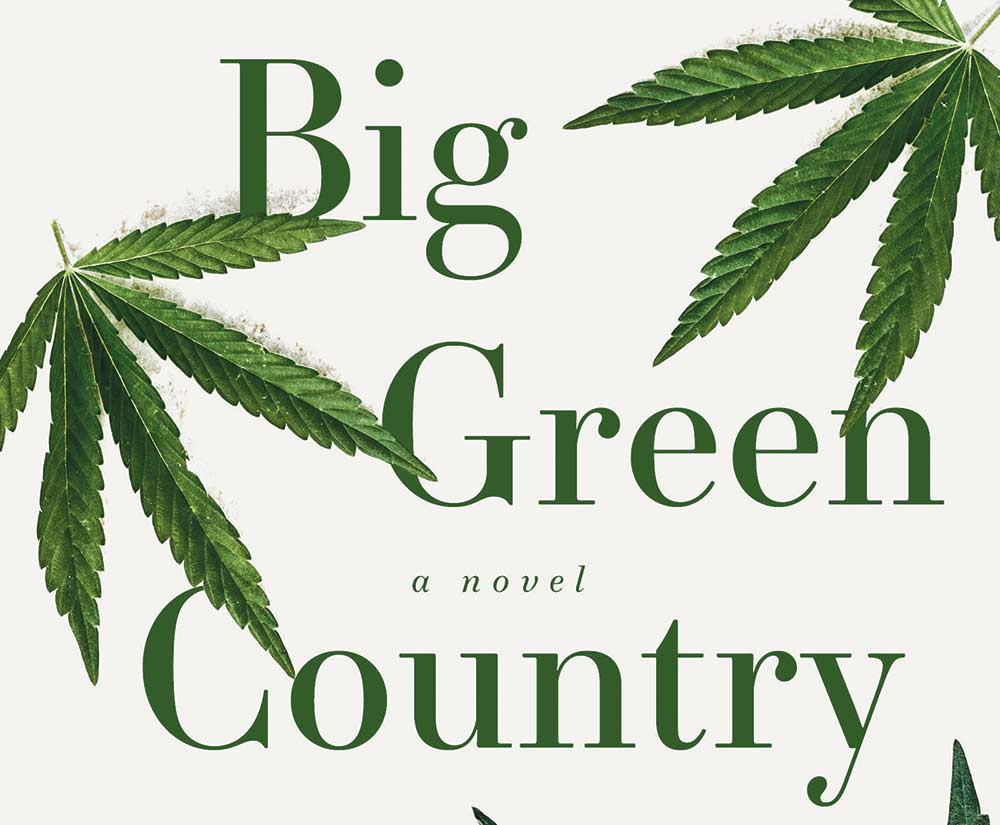 For some, the story of cannabis in California begins with the passage of Proposition 64 in 2016. For author Frances Rivetti, however, the narrative goes well “beyond the Redwood Curtain” and into a “shrouded underbelly” larded with criminality.

Big Green Country is Rivetti’s “journalistic reconstruction into fiction of what’s really going on in this part of the world, today.” A British expat-turned-local-journalist and now-novelist, Rivetti’s first two books are the nonfiction Fog Valley Crush and Fog Valley Winter, which record the region’s farm-to-table movement and immigrant agricultural history. Though Big Green Country is a marked departure for Rivetti, at least in genre, her creative process mirrors that of her journalistic work.

“I spent the first year researching, talking to many people on both sides of the fence, growers and folks who’d grown up in Mendocino and Humboldt as well as young people, especially women who had experiences as trimmers,” Rivetti says. “I read crime reports and government reports and firsthand accounts of women who have been sex trafficked.”

Initially, she thought this process would yield a local version of A Year in Provence. Instead, she uncovered a culture of lawlessness, rural poverty, addiction and alternative medicine, a broken health care system—and the stark reality of human trafficking, all within the region known as the Emerald Triangle.

By using a reality-based backdrop, Rivetti hoped to shine a spotlight on aspects of our region that have often gone unseen.

“Every time I’ve read to a group, one or two people in attendance confessed that they had absolutely no idea any of this was happening in our region,” says Rivetti, whose characters and their experiences are fictional departures from real people and events.

In the meantime, Rivetti is considering the options for promoting Big Green Country during the shelter-in-place mandate. She was fortunate to speak to local book groups prior to the quarantine but is now considering virtual book events via apps like Zoom.

“It’s not easy to get the word out as an indie author and I believe that now is the time for us to look at the books being written by those in our communities,” Rivetti says. “I actually think this is a revolutionary time to write and publish and I am glad that I am able to utilize my reporting skills to share important stories, via nonfiction and fiction.”

Daedalus Howellhttps://daedalushowell.com
Daedalus Howell is the editor of the North Bay Bohemian and Pacific Sun. He is the author, most recently, of Quantum Deadline and is the writer-director of the feature film Pill Head.
Previous articlePot Pilgrimage
Next articleOpen Mic: Let’s Shake on It

Saint Drogo: the patron of sheep and coffee houses