Marin County issues a "shelter-in-place" order in an effort to stop the spread of COVID-19. 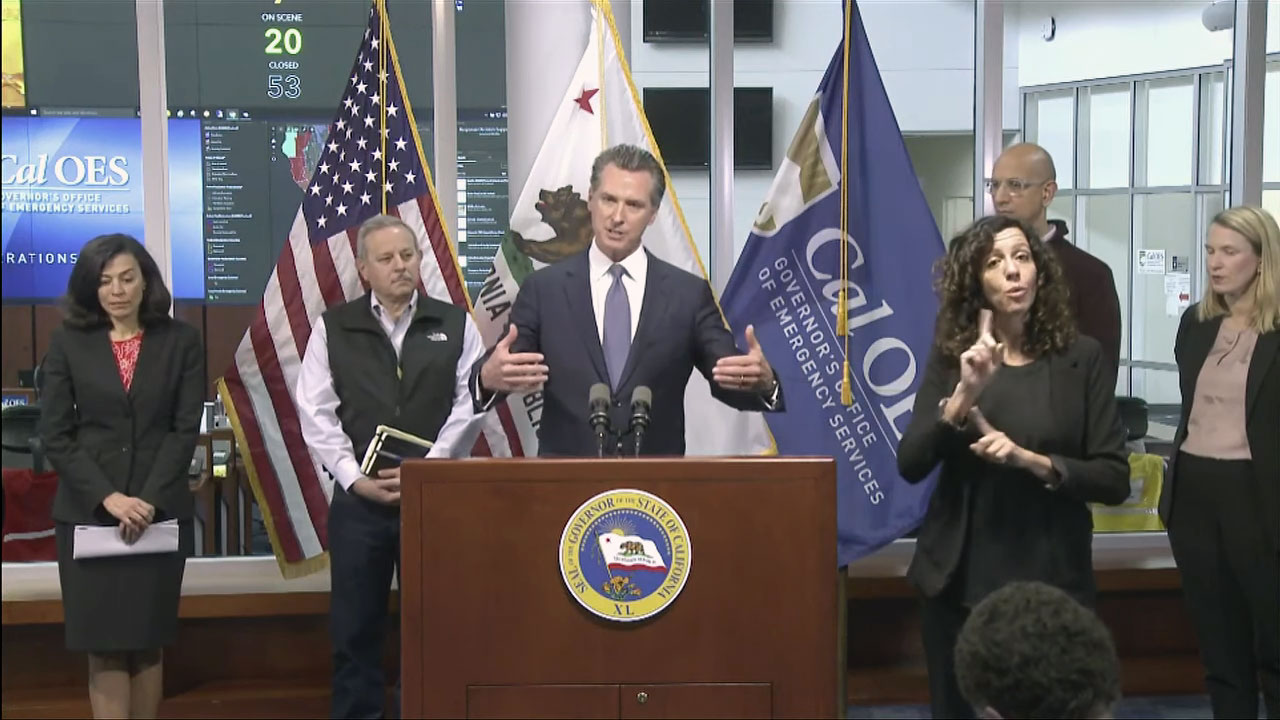 In an address on Sunday afternoon, Gov. Gavin Newsom strongly recommended that all bars, wine tasting rooms, nightclubs and breweries in the state close for the coming weeks. Additionally, Californians older than 65 and those with preexisting conditions—the demographics most vulnerable to COVID-19—should quarantine themselves, Newsom recommended.

On Monday, seven Bay Area jurisdictions, including Marin and San Francisco counties, issued a “shelter-in-place” order, effective until at least Monday, April 7. The order comes as the number of reported cases in the Bay Area continues to increase.

By Sunday, March 15, there were 258 confirmed cases of COVID-19 with four deaths within the seven jurisdictions covered by the order. The number in the Bay Area accounts for more than half of the total cases in California.

Moreover, according to a press release announcing the decision, public officials expect the current number of laboratory-confirmed cases to “increase markedly” as more test kits become available in the coming days and weeks.

The order, which is available in full at the Marin County Health and Human Services’ website (coronavirus.marinhhs.org), includes some exemptions for “essential” activities and businesses.

“While the goal is to limit groups congregating together in a way that could further spread the virus, it is not a complete social shutdown,” Dr. Matt Willis, Marin County’s public health officer, said in a statement announcing the decision. “You can still complete your most essential outings or even engage in outdoor activity, so long as you avoid close contact.”

The spread of the virus and related business closures are revealing deep, often unexamined economic inequalities in the country. So far, it’s not clear whether government efforts to patch the holes will be anywhere near adequate.

In an effort to mitigate one of the expected impacts of lost wages, several statewide groups are pushing government agencies to implement protections for renters during the crisis.

San Francisco implemented a temporary moratorium on evictions on Friday, March 13, and lawmakers are considering similar legislation at the state level. (The San Francisco legislation specifies that rent payments are delayed until the end of the crisis, not forgiven.) Multiple activist groups are asking local governments to take a similar step but, so far, they have not.

On Monday, the Sheriff’s departments in San Francisco and Alameda County announced they would not enforce eviction orders during the COVID-19 crisis.

On Monday evening, Newsom passed the issue back to local governments. He signed an executive order which “authorizes local governments to halt evictions for renters and homeowners, slows foreclosures, and protects against utility shutoffs for Californians affected by COVID-19.”

Crucially, the order does not require local jurisdictions to halt evictions and mortgage payments and “does not relieve a tenant from the obligation to pay rent.” Instead, it eases the way for local government to pass temporary eviction bans of their own.

Research shows that even the threat of eviction causes negative mental and physical health impacts.

Furthermore, if evicted, families and workers could wind up living on the street, adding to the state’s already-large population of shelterless people.