It’s fair to describe Hillary as a warts-and-all portrait. The four-part documentary shuttles between the 2016 presidential campaign and Hillary Rodham Clinton’s life. The title montage of photos shows her aging from child to grandmother, set to a rave-up by the Interrupters.

Hillary as punk rock? It’s a hell of a story, how the daughter of a maid who left home at 14 became one of the world’s most powerful women and endured a 2016 presidential campaign that seemed impossible to lose. The consequences of that loss are perhaps obvious to a nation now housebound and hoarding toilet paper.

Hillary’s life exemplifies the Goldilocks test: you’re always either too this or too that. Every episode begins with her being dolled up for the camera—she once calculated she spent 26 days in the cosmetician’s chair during her campaign.

Her life proves you can graduate from Yale law school and still be asked by an Arkansas judge to do a twirl in the courtroom. You can be secretary of state for four years and still have a male passerby tell you to smile more. During her failed 2008 run, men heckled her with signs that read, “Iron My Shirt.”

Facebook seethed over a passage where Hillary described Bernie Sanders as a man nobody likes: “Honestly, Bernie drove me crazy.” Perhaps director Nanette Burstein was a little too won-over by HRC to acknowledge the public good Sanders did by holding Hillary’s centrist feet to the fire. At the end, the failed candidate lists the should’ve-beens, the reason for her 2016 loss: “Maybe I should have talked more about the economy.” You think?

But again, who knows the key to her defeat. Was it anything more complicated than the factors that dogged her forever, the problem of her being too sweet or too shrill, as well as emails and Benghazi skullduggery?

Of the covertly-gathered clips here, maybe the best is Obama warning her by phone that she had to succeed in 2016 or we’d have “a fascist in the White House.” This is intensely watchable work. It’s an invaluable study not just of a pioneering political career, but of the mistakes that were made and may be made again.

‘Hillary’ is streaming on Hulu now. 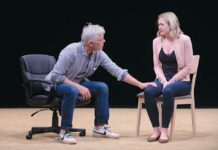 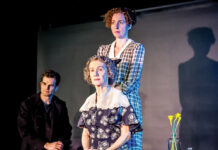