Shakespeare’s long-suffering wife gets her due 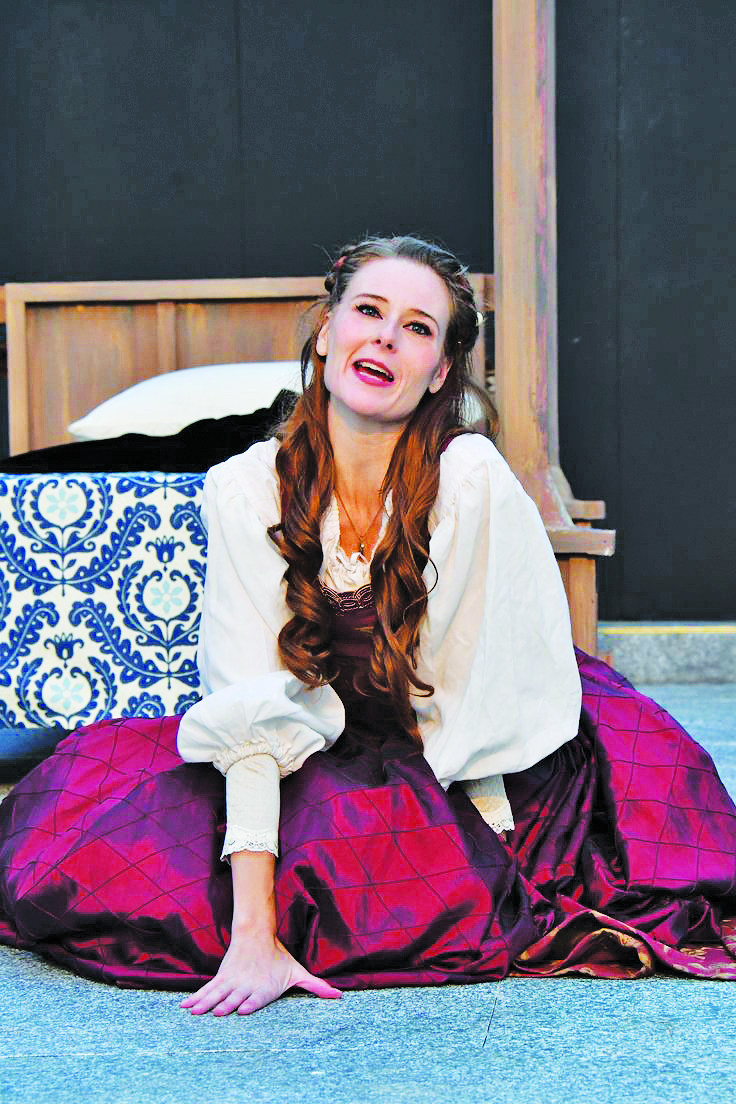 If the night is warm, and the cast and play are strong, attending a summer Marin Shakespeare Company production “under the stars” in Dominican University’s Forest Meadows Amphitheatre can be a magical experience.

The meteorological gods were not kind to me and other audience members when we gathered to watch Shakespeare’s Will, the middle production of MSC’s summer 2018 season. Chill winds blew from somewhere north—perhaps Canada, home to playwright Vern Thiessen—causing people to pull their jackets up around their ears, or (when acceptable) snuggle against their seatmates for warmth. Those same breezes played havoc with the sound system, as sections of Thiessen’s script were muffled or lost entirely, blown into the swaying trees that encircle the amphitheater.

On stage, Elena Wright, sole protagonist of this one-woman evocation of the life of William Shakespeare’s wife, Anne Hathaway, soldiered through undaunted. Actually, her performance was much more that a display of fortitude. Ably directed by Delia MacDougall, she filled the two-tiered set with her presence, physically and emotionally, capturing multiple characters and situations, even when Thiessen compelled her to wander into historically disputed territory, or burst into songs that had no apparent connection to the play’s story line.

For this, Wright was rewarded with a well-earned standing ovation as she ended the proceedings with a ringing declaration of intent to face the future with courage after her rich and famous husband died in 1616, leaving their Stratford house to his sister Joan, while she received the couple’s “second best bed” and not much else. In this regard, Marin Shakes has a winner in Elena Wright, cold night or not.

Next ArticleMusic: Rock the Fourth