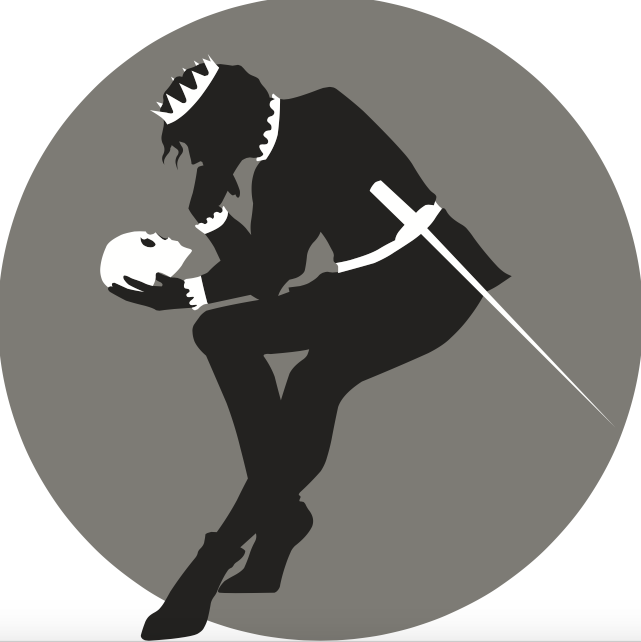 In his opening-night, pre-show banter with the audience, Marin Shakespeare Company (MSC) artistic director Robert Currier observed that many believe Hamlet is the greatest play ever written. That covers a lot of ground, but I’m bound to agree. No other work for the stage is its equal in examining what it means to be human, using language that is both dramatically rich and unbelievably beautiful.

Similarly, the role of the disaffected Danish prince is considered the Mount Everest for young male actors. Many start the climb, but few reach the top. Over the years, I’ve seen a number of great performances—most on stage, a few on film. As I look back, it strikes me that each of these productions embodies the spirit of the era in which it was presented.

So where does MSC’s latest venture fit in? In a post-show telephone conversation, probably aware that some eyebrows might be raised by casting his 26-year-old son Nate in the title role, Currier père said his intention was to refresh the revival by giving the whole project a youthful vibe. He wanted his staging of the play to be a vibrant, energetic expression of how our world deals with the moral issues that Shakespeare tackled 400 years ago. With that in mind, he could think of no other local actor better suited for the part than his son, who was the right age and had been immersed in the Shakespeare canon from the time he was a mewling infant. The irony is that, to the degree that the production fulfills the director’s “now” concept, it lessens the play’s original brilliance.

Rod Gnapp, who is often terrific in roles that suit him, picks his way through the Shakespearean cadences at an agonizingly slow speed. Arwen Anderson’s Gertrude, his recently wed queen, is more a one-dimensional, nicely turned-out fashion model than the caring mom who agonizes over her divided loyalties. Polonius, the king’s advisor and Ophelia and Laertes’ father, usually played by a kindly old fellow who tries hard to be useful and advises his son “to thine own self be true,” is offhandedly portrayed by Steve Price.

Talia Friedenberg’s Ophelia is more the robust California girl than the emotionally delicate object of Prince Hamlet’s fleeting affection. In keeping with the spirit of the production, you might expect her to at least be thinking, “Get lost, buster!” when her erstwhile boyfriend tells her to join a nunnery; instead, she provides a rousing rendition of “The Willow Song” before jumping into a nearby marsh.

In another irony, Barry Kraft, the eldest and most experienced actor in the group, provides much of the show’s momentum in his various roles. Brennan Pickman-Thoon (Horatio), Hunter Scott MacNair (Laertes) and the remaining ensemble also offer solid support.

Back to Nate Currier. There’s no question that he’s a promising young actor, with good diction, handsome looks and instinctive stage sense. But from the moment he climbs up on stage from his seat in the audience—wearing a long black coat, with hair streaming wildly—he embodies the ethos of many male teenagers in the millennial generation: the physical slouch, the flat delivery that sometimes races over Shakespeare’s powerful speeches, the mercurial mood changes and hissy fits. Beneath the surface, of course, lies the anxiety that the world is coming apart, visually suggested by the jumbled chaos of Jackson Currier’s scenic design, Tammy Berlin’s assortment of unrelated costumes and the decidedly un-theatrical lighting design by April George that fails to accent the show’s most dramatic moments.

All of this may indicate that MSC’s production has captured the spirit of our time, with its multiple uncertainties and threats. Unfortunately, that doesn’t provide the energy the production is seeking, or make it a particularly comfortable fit with “the greatest play ever written.”