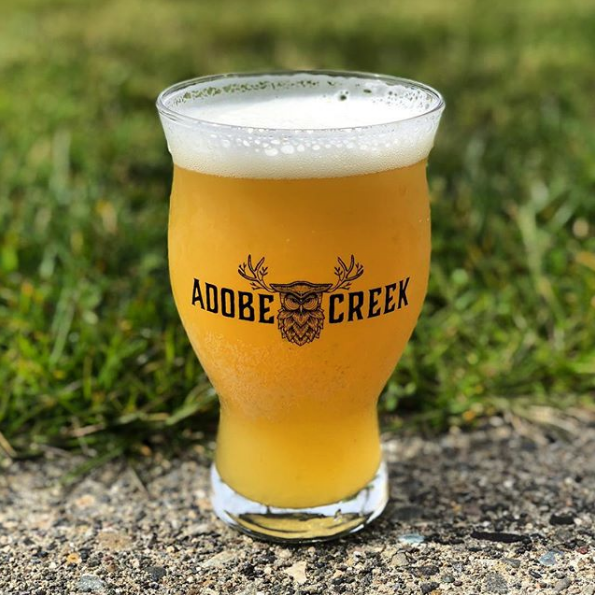 Like many millennials, Jonathan MacDonald looked to the internet for information, guidance and skill-building to start his Adobe Creek Brewing business. Even his logo was developed through an online contest.

The 29-year-old Novato resident caught the beer-brewing bug when his sister and mother gave him a home-brewing kit in 2012. By March of 2017, he had sold his first keg of IPA.

MacDonald grew up in Los Altos and went off to study at the University of Colorado’s Leeds School of Business in Boulder. When he returned home, he began making beer in his parent’s garage. Adobe Creek, which runs near his family’s home, provided inspiration for the beer’s name. When the aspiring brewer decided to get serious about the craft, he looked for warehouse space and found a spot in Novato that had room for one stainless steel tank—or as he refers to his operation, “a one-barrel brewhouse.”

MacDonald has produced 25 different brews, and not surprisingly, many are IPA-style. “I like hoppy beers,” he says. Derealization Pale Ale, brewed with massive amounts of flaked grains for a smooth mouthfeel, is his most popular. MacDonald uses hops from Australia, which offer tropical notes like passion fruit and pineapple. Along with fruit-forward IPAs, Adobe also makes a blonde ale and both light and dark Mexican-style lagers.

For now, Adobe Creek Brewing is only producing kegs and selling them directly to bars in the Bay Area. Eventually, MacDonald hopes to expand his production and perhaps one day open a taproom. His hoppy IPAs and other flavor-packed styles can be found at Pint Size Lounge in San Rafael, Tamal and 123 Bolinas in Fairfax, Pig in a Pickle in Corte Madera and Bicycle Brustop in Novato.