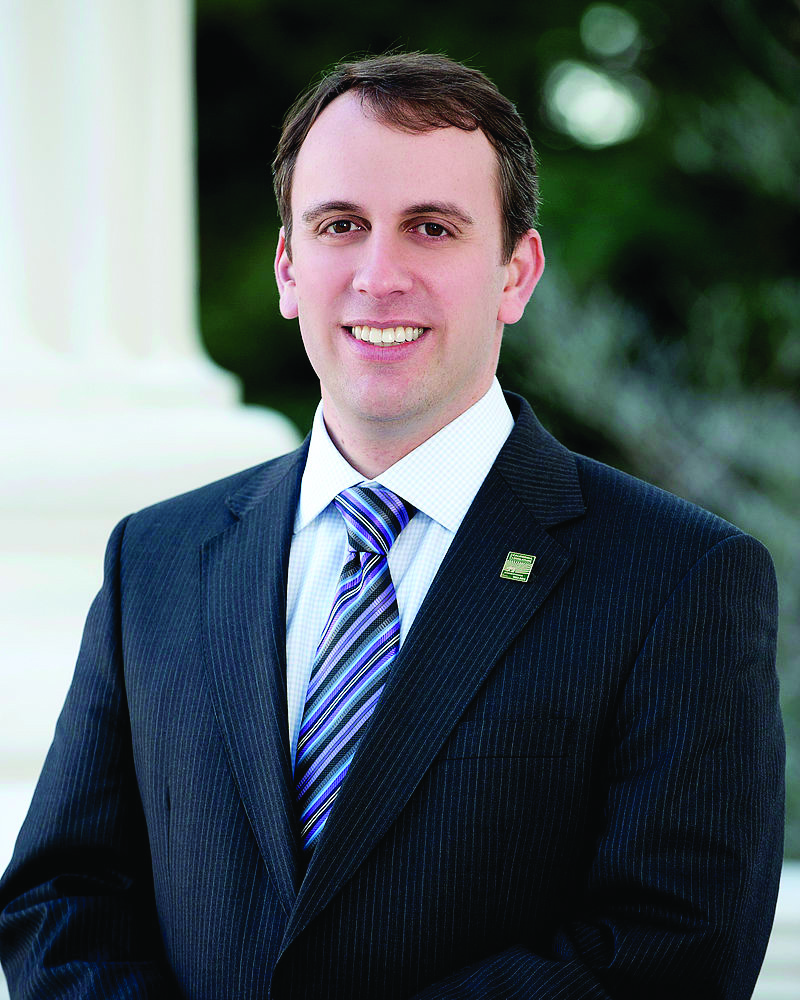 The bill passed with overwhelming support from elected officials—and with eventual buy-in from the Institute of Governmental Advocates, which is essentially the lobbyist for the lobbyists of Sacramento.

The organization pushed to have language scrubbed from the bill that would have let the California Fair Political Practices Commission revoke lobbying licenses for anyone found guilty of inappropriate sexual behavior, harassment or intimidation.

Levine says it’s still a strong and tough law that puts lobbyists on notice, and goes into effect on Jan. 1.

Lobbying ethics courses will now include information on policies in place in the state Senate and Assembly. Lobbyists will be trained to recognize inappropriate sexual behavior and how to report, and empowers victims of sexual harassment to come forward so that “no one engaged in lawmaking should ever feel intimidated by that behavior.”

The legislation was sparked by a letter written by a Sacramento lobbyist earlier this year, and signed by 140 women in the capital community. The letter details how the woman who wrote it was sexually harassed at an event by another lobbyist, says Levine. “It sparked a lot of review of behavior,” says Levine.

“I thought it was time to address how to make the capital community safer from sexual harassment. Nobody should be harassed in the workplace, and when we’re talking about public policy that affects all Californians, we need to make sure that any sexual intimidation or assault—there is zero tolerance for that.”

Levine also credits the #MeToo movement for getting another bill of his signed into law by Brown. He first introduced his Talent Protection Act in 2015, he says, “and got a lot of ribbing for it. It was pre-#MeToo.” This year, AB 2236 was signed into law. “#MeToo put wind in the sails,” says Levine.

The law sets out to make sure that talent agencies provide information to their clients about sexual abuse and nutrition, and that parents of child models or actors get training in identifying sexual harassment. Levine was motivated to write the bill, he says, because of body-image issues with girls.

“A lot of the focus was on the health of models,” he says. “Lots of girls want to lose weight because of what they see in magazines. We should care about the health of people in the fashion industry.”

In 2015, the only people who knew that Harvey Weinstein was a horrible person were the victims of his alleged sex crimes and their friends and families. The politics around sexual assault by powerful men has shifted dramatically in the ensuing years—and so too has the ferocious backlash now afoot.

“This isn’t going away,” says Levine. “I think the Kavanaugh experience is an example of how some people just don’t get it.”

One of those people happens to be Donald Trump. “The president’s remarks this week ripping on Dr. Ford were wholly inappropriate,” he says. “You should never talk about a victim of sexual assault in such a demeaning way.”

As we’ve learned from the #MeToo movement—and the Ford-Kavanaugh hearing—the stigma and fear surrounding reporting rape to the authorities precludes many survivors from dialing 911. For those that report in Marin, their nightmarish journey is just beginning—literally. Instead of going to nearby Marin General Hospital for a rape kit, rape victims in Marin County are required to travel about an hour to a Kaiser hospital in Vallejo.

Why is that? It’s because the regional Sexual Assault Nurse Examiner (SANE) office is based in Napa County. A specially trained registered nurse from SANE conducts a comprehensive forensic sexual assault exam of the victim, which usually takes hours. It includes a full body examination and the collection of forensic samples from the mouth, vagina, anus, blood, urine, body surface areas and hair.

After the prolonged, humiliating exam, the traumatized victim spends yet another hour going back home to Marin. The nurse leaves Solano County and goes back to Napa.

Why are rape victims forced to travel on what is likely the worst day of their lives?

The situation is the result of actions taken by outgoing Marin County District Attorney Ed Berberian, and supported by the Marin County Board of Supervisors. Up until seven years ago, sexual assault victims were treated locally at Marin General. Then the county said the hospital lacked the SANEs to perform the sexual assault exams—it did—and it was cheaper to outsource the service. Marin County has the lowest per-capita number of rape cases of any county in the North Bay, according to a 2016 report from the Marin County Civil Grand Jury.

Marin District attorney candidate Anna Pletcher cries foul over the county’s move and says if she’s elected to replace Berberian, there will again be SANE nurses in Marin. “The best practice is for victims to have access to rape kit exams at local hospitals. I have been advocating for the nurse examiners to come to Marin, instead of sending victims to Vallejo,” says Pletcher.

She also says the county is simply wrong about cost as an issue. “Each examination costs approximately $2,000 whether the nurses meet the victims in Vallejo or in Marin.” On-duty Marin police officers typically drive the victims to Vallejo, she argues, which adds costs when factoring in the officers’ pay.

“We have seen sexism on display in Washington this week, but the truth is that it’s here, too,” says Pletcher. “Sexism underlies this policy to outsource the rape-kit exams. It is outrageous that we put this extra burden on victims when they have already experienced such trauma.” —Nikki Silverstein

The Alexandria, Virginia–based organization Americans United for Life applauded Brown for his veto of a bill that “would have required public universities in California to offer abortion bills on campus,” said the organization in a statement.

SB 320 was first proposed (and written) by students at UC Berkeley and has been debated over the past year, after a 2017 bill was introduced by Inland Empire Democrat State Sen. Connie Leyva.

A late-August story in the Berkeley student newspaper the Daily Californian, argued that “for thousands of students enrolled in California public universities who could face unwanted pregnancies, SB 320 could be the difference between finishing college and dropping out.” It highlighted the challenges for college students seeking an abortion and argued that the on-campus medical-abortion option would ease access to for students seeking their constitutionally protected right to have an abortion.

According to votesmart.com, Brown has been a lifetime champion of reproductive-choice rights for women and has a 100 percent rating from NARAL Pro-Choice America.

Now he’s a pro-life hero in the eyes of AUL President and CEO Catherine Glenn Foster, who says in a statement that “Governor Brown recognized that in a state where Medicaid already pays for elective abortions, there is no issue of access, since, as he said, ‘the average distance to abortion providers in campus communities varies from 5 to 7 miles, not an unreasonable distance.’

Foster also argued that “college health clinics are not equipped to handle the very serious risks of chemical abortion drugs, which, as AUL testimony against the bill pointed out, the FDA warns can cause life-threatening hemorrhaging of blood and bacterial infection.”

Leyva told the Daily Californian, “I’m so incredibly disappointed in the Governor, and I think it’s yet just another example of old white guys thinking they know what women need. “For him to say he doesn’t think [the commute is] inconvenient, he just completely missed the whole point of the bill.”

There were many sound political reasons for objecting to the appointment of Brett Kavanaugh to the position of Supreme Court justice. Reproductive rights? The Affordable Care Act? Equality for indigenous people? Immigrant rights? The independence of the judicial system? Protection of endangered species? The end of democracy itself?

On truthout.org, Marjorie Cohn, professor of law at Columbia University outlined five reasons for the GOP’s rush to confirm Trump’s selection. Calling double jeopardy “potentially [the] most consequential” she referred to the case of Gamble v. U.S. in which “the justices will decide whether prosecuting a person in both state and federal courts for the same crime violates the double-jeopardy clause of the Fifth Amendment.”

The Kavanaugh confirmation could enable President Trump to pardon himself, with no recourse to charges by any individual state. As Kavanaugh was being confirmed, state attorneys general, especially in New York, were investigating Trump across a span of purported misdeeds.

How Donald Trump ever became the president of this country is a question that may never be resolved. The Kavanaugh confirmation means he may continue to evade justice, given the judge’s well-documented support of executive branch privilege.

Once Dr. Christine Blasey Ford’s testimony was introduced to the Senate Judiciary Committee, key issues were submerged in the swamp of Kavanaugh’s alleged behavior as a privileged prep school boy charged with molesting a young woman. One can only imagine how many men seated in that hearing room writhed in recollection of their own past sins that could one day bring them to the grueling examination faced by their crony.

That Kavanaugh was once (and perhaps still is?) a slobbering brute is not irrelevant. Rape has always been a weapon of conquest in the pursuit of territory and power. Even more shocking in a society that claims to exist by the rule of law was the sacrifice of the essential requisite for justice.

Judge Kavanaugh obfuscated, lied and finally collapsed into that disturbed and obviously guilty young man. He attacked and lambasted Ford’s allegations as a “calculated and orchestrated political hit” by the Democratic party and the Clintons.

Sen. Susan Collins from Maine, the deciding vote along with Democratic Senator Joe Manchin, of West Virginia, echoed Kavanaugh in calling the hearing a circus. Then she voted to confirm Kavanaugh and said that while she believed Blasey-Ford had been the victim of a sexual assault, she didn’t believe Kavanaugh was the one who assaulted her.

In the end, it was a woman whose cool-headed, relentless questioning that showed Kavanaugh’s ability to evade and deceive. Sen. Kamala Harris could not get a straight answer. On the question of his belief in double jeopardy, he refused to answer  “yes” or “no” more than ten times.

Despite a letter signed by 2,500 lawyers attesting that Kavanaugh was not qualified to be a Supreme Court justice, and another from mental-health professionals concerned about his addiction to alcohol, despite disapproval from the editors of The Washington Post and The New York Times, despite hundreds of protestors, the Republican senators, with the exception of Lisa Murkowski, lined up in tacit obedience to approve this confirmation.

Writing in The New Yorker, Adam Gopnik highlighted the sleight of hand at work in this appointment. “Kavanaugh is an instrument of Trumpism, an insurance policy that the con man is writing for himself.” —Stephanie Hiller