The debate about affordable housing’s place in Marin continues 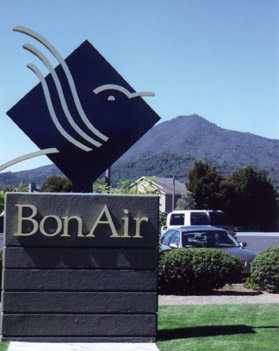 The housing element that Larkspur recently sent to the state for certification encapsulates a debate about the concept of mixed-use development. It’s a concept that has bounced around Marin for decades. It may be one of the few ways Marin towns can accommodate state housing mandates.

Shopping centers have been a focal point of mixed-use proposals. It makes sense to combine housing with commercial development, say proponents of the concept. But a vocal number of residents in towns that are home to shopping centers balk at changing the character of the centers. Adding homes to the centers to create mixed-use developments will inevitably create unbearable traffic congestion, they argue.

That’s pretty much the scenario that played out in Larkspur recently. A debate over the potential future of the Bon Air Center ended with the Larkspur City Council voting 4-1 to approve an updated housing element that includes the potential addition of 40 units to a potential mixed-use development in a potential future Bon Air Center. That “potential” number encapsulates the often Byzantine and always nebulous rules and regulations and polices regarding housing allocations in California.

The backlash against Plan Bay Area and proposed priority development areas triggered a new kind of animosity toward the mixed-use concept at the centers as well as other locations. Although planners and proponents have seen mixed-use as a kind of paradigm of a walkable, livable environment, critics have reached a level of ascendency where mixed-use often has taken on a bad smell. Critics have batted down mixed-use, including proposals for Strawberry, the Larkspur Landing area and Marinwood.

The proposal for Bon Air actually has been kicking around for some time. Larkspur included mixed-use housing at the center as part of the town’s 2010 housing element. At the time, the town estimated that the center could accommodate up to 90 units. That was included as part of a housing element designed to meet a state mandate that called for Larkspur to have zoning that would allow 382 housing units. (Whether the state mandates are realistic is a legitimate question—one worthy of debate. But as long as they exist, Marin and its towns must abide.)

The vicissitudes of state housing regulations stipulate that towns must zone for a certain number of housing units in a housing cycle. The units never actually have to get built. The latest housing element—the one the town sent to the state for certification—calls for using zoning to plan for just 40 units at Bon Air, with only 20 of them allocated for very-low-income housing. That allocation makes a substantial dent in the number of affordable units the state says Larkspur must plan for in the current housing cycle, which runs to 2023.

The glitch for housing proponents is that the state requires a housing element simply to identify possible sites for affordable housing. The state requires no action that would result in actual building, recognizing the fact that most potential mixed-use sites, including Bon Air, are privately owned.

Dubbed Southern Marin’s Community Lifestyle Center, Bon Air encompasses 182,000 square-feet in multiple buildings that house a variety of service-oriented businesses and retail outlets. It covers 16.6 acres and was built in 1952. The site, on Sir Francis Drake Boulevard near Highway 101, looks on paper to be an ideal location on which to add housing above the commercial outlets.

But critics of the suggestion say that the addition would exacerbate already congested traffic that the center generates. By the time the proposal for mixed-use made it to the council, town planners had dropped the original 90 units of housing in the 2010 element down to the 40 units on which the council voted. Even with that reduction, slow growth/no growth advocates said that the town should reject the proposal.

Representatives of a relatively new organization, Marin Against Density (MAD) were part of an audience that packed council chambers. The objections to the potential affordable housing voiced at the council meeting ran a familiar gamut. In addition to traffic congestion, critics said that the county has insufficient water to add housing. They also said that adding residents would put an unacceptable strain on local schools.

The Marin Municipal Water District prepares a periodic water-delivery estimate and projects that it will have enough water to accommodate potential future residents included in the housing elements that Marin towns and the county are sending to the state. The number of potential students who would be included in a cohort of 20 affordable units would be a relatively small addition to local schools. (An attempt to reach members of MAD was unsuccessful.) That leaves traffic.

Wendi Kallins attended the council meeting. She represented the Coalition for a Livable Marin, an organization that sprung up in an attempt to chart a moderating course in a countywide housing debate that reached an overheated state after Plan Bay Area rolled onto the scene. According to the coalition’s website,

“We stand for town character. We stand for livable places. Our mission is to create and maintain the vibrant, inclusive, and sustainable places that make Marin, in combination with its magnificent open space, such a great place.”

Kallins says that Marin residents should take a wider-angle picture of the housing situation. She recalls the first countywide plan that called for concentrating future development along corridors that included Highway 101—and Sir Francis Drake.

The idea was to prevent runaway development from blanketing the county’s open space and ridgelines. “We certainly do not want any of our open space used for new housing,” Kallins says. “If we are going to build new housing, it makes the most sense to have it near shops and services. That means in traditional downtowns.” It also could mean adding a housing component to shopping centers when they get renovated. That could be the case if and when Bon Air gets a makeover. It’s entirely up to the owners of the property, now and in the future, to build the proposed mixed-use housing or reject it.

It’s virtually undeniable—although critics still argue the point—that mixed-use housing above commercial establishments in a shopping center actually reduces the amount of potential vehicle trips in a town. When people live near—or above—retail outlets and commercial services, they can walk to them rather than drive.

The state mandate says that Larkspur—and other communities—must add housing to accommodate future growth. In the round of housing allocations now underway, Larkspur must add 132 units—40 of which must be affordable.

Where the town plans those additional housing units is included in the updated housing element. If critics had succeeded in rejecting all of the mixed-use units proposed for Bon Air, the town would have had to find another location or locations to accommodate them. Proponents of lower-density housing often say that towns should consider proposing more second units to satisfy the state mandate rather than clustering them in one location. (Remember, the units never have to actually get built. The town only has to zone for them and include a certain number in its housing element as potential housing sites.)

Larkspur Councilman Larry Chu notes that his town is dealing with the issues brought on by “build out,” a planner’s term for “no more room in the inn.” It’s a problem that other Marin cities—and the county—also face. A few years ago, Chu says, the Metropolitan Transportation Commission conducted a study and found only 11 developable parcels left in Larkspur, and they “were predominantly single-family-home sites.” In addition to the lack of buildable parcels on “easy ground,” the state makes it harder to meet housing mandates by prohibiting construction on wetlands and areas that pose a high fire hazard. That’s not necessarily a bad thing, but it limits the possibilities. “That leaves Larkspur built out,” Chu says.

And when it comes to looking toward second units for a way out, the prospects are not that bright. “We have averaged about one per year during the last eight to 10 years,” Chu says. And in many cases, those units wouldn’t qualify as affordable. In Larkspur, second units are defined as being up to 750 square-feet. The size—and the likely rent that landlords would charge—put them out of the affordable category. Chu says that when calculating the amount of rent a landlord could charge a very-low-income client for a single bedroom, single occupancy unit, it comes to roughly $550. “It’s hard to find a room for that in Marin.” The realities of the market as well as state and federal subsidies bend affordable housing toward the clustering concept.

Clustering affordable housing at mixed-use sites makes the most sense, say proponents, as long as a town can place design parameters that make the housing attractive to the new tenants and the rest of the community.

Opponents of mixed-use now routinely sound the WinCup call. Development will create WinCups across the county, they say, referencing the monolithic block of new housing in Corte Madera. But that project is the result of poor planning and egregious design. It’s out of scale and inappropriate for the county. But it’s not worthy of a rallying cry in opposition of housing. With all the architectural acumen in Marin, the county and its cities can do better—and should do better.

Kallins says that she’s no fan of WinCup. “It’s a bad design. It’s not human-scale. When talking about this kind of mixed-use development, we should talk about not just the number of units and how many stories it will be but about the relationship of everything. Is it walkable? WinCup is not exactly a pleasant place to walk [for instance] to get to the ferry.” How a project looks can affect how it’s received in a community. WinCup will receive no design awards. “Design really does matter,” Kallins says.

The restrictions that Larkspur already has in place ensure that a mixed-use concept at Bon Air never would be reminiscent of WinCup. For starters, only one building is suitable for building one or two stories above the commercial ground floor. And the town has a 35-foot height limit, which limits any construction to a total of three stories.

But opponents continue to chip away at the mixed-use concept, at Bon Air and elsewhere. The question for mixed-use proponents is whether logic can overcome visceral objections based on a myopic battle cry of density. “When I talk to people one-on-one,” Kallins says, “I say we don’t want to build on open space. I ask whether we should build our housing near shops and services and transit and places where people can bike and walk, and they say that makes sense.”

Next ArticleHero and Zero: Sharing the road and soaring gas prices