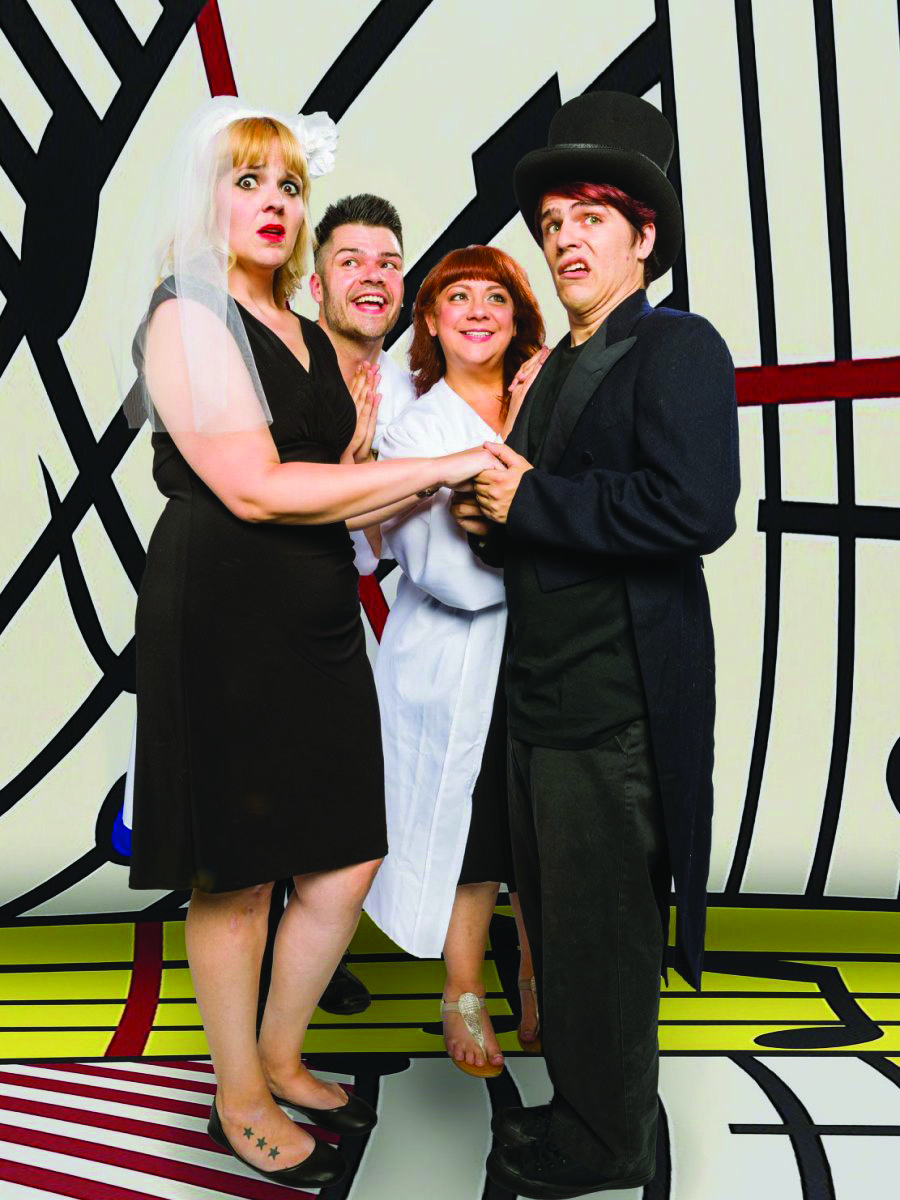 The Cloverdale Performing Arts Center is presenting Heroes, playwright Tom Stoppard’s adaptation of a 2003 French play about three World War I vets in a retirement home. Gustave (Robert Bauer), Henri (Peter Immordino) and Philippe (Dale Harriman) pass their days sitting on a terrace, annoying each other and plotting their escape from the veterans home. An odd combination of One Flew Over the Cuckoo’s Nest, Waiting for Godot and The Golden Girls, Heroes is a slight piece with some amusing dialogue and geriatric slapstick.

Healdsburg’s Raven Players have converted the cavernous Raven Theatre into an intimate black box performance space for an updated version of 1996’s I Love You, You’re Perfect, Now Change. The Joe DiPietro and Jimmy Roberts musical revue holds the record as the second-longest running Off-Broadway show.

The play consists of a series of comedic vignettes that follow the arc of human relationships from dating, sex and marriage through children and aging. Four versatile performers (Bohn Connor, Kelly Considine, Troy Evans and Tika Moon) sing and dance their way through 18 scenes with songs like “Better Things to Do,” “Single Man Drought” and “I Can Live with That.” Recent revisions include 21st-century additions like sexting (“A Picture of His . . .”) and same-sex families (“The Baby Song”).

It’s a very entertaining show, helped immensely by the talented cast. All do well by the multiple roles they play, but the rubber-faced Connor really makes an impression with characters ranging from an incarcerated mass murderer giving dating tips to a hapless husband trying to put the kids to bed so he and the missus can get it on.

Next ArticleSwirl: Give me a Riesling to Live