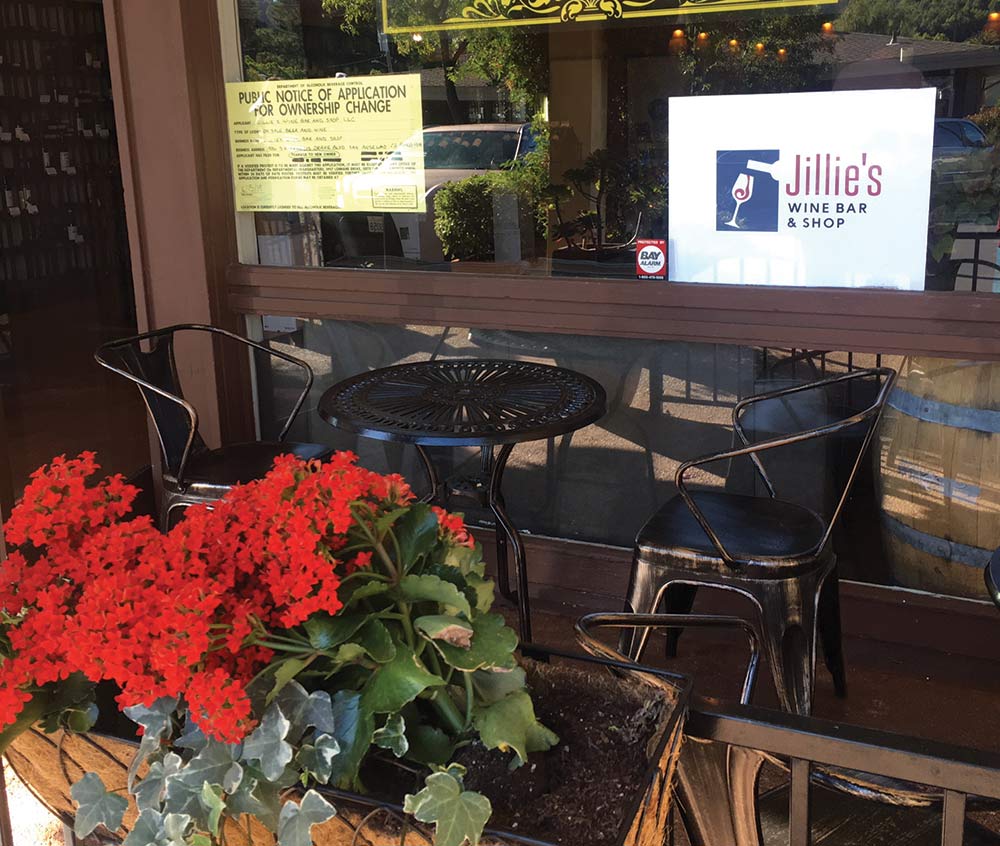 Jill Cordova-Holt exudes energy. Alighting from table to table with boards of cured meats and locally made cheeses, the effusive owner of Jillie’s Wine Bar & Shop is a natural host. So it’s surprising to learn she’s new to the hospitality industry and instead enjoyed a long career in social work, including 12 years at Hospice by the Bay.

“I decided to take a leap of faith—and follow this passion,” Holt says. “I knew that after 30 years in health care I’d find a way to help build and connect to community in a different way.”

Originally from Sacramento, Holt moved to Los Angeles and earned a psychology degree from California State University Northridge. She then earned her master’s and worked in nonprofits with children and older adults for over 20 years in Southern California. In 2007 she moved to Marin with her husband Michael Holt.

“During my time at the bedside I heard so many people express how they wished they’d lived their lives differently—been more brave. It made me think about my life and my purpose,” Holt says.

After more than a decade in hospice, Holt was ready to make a change. She and her husband took over the Vines Wine Shop & Bar in the Redhill Shopping Center in San Anselmo, renamed it Jillie’s Wine Bar & Shop and opened their doors on June 1.

With a fresh coat of paint, the onetime Silver Screen Video store now feels welcoming and light. Along with a 10-seat bar, a comfy couch and a handful of tables, a portion of the room is also dedicated to a wine shop. Wines are available in flights of three two-ounce pours, typically from the bar’s stainless tank system.

Holt aims to introduce customers to a broad variety of wines from Europe and South America. Of course, California isn’t ignored, and some of the closer-to-home selections include a Sauvignon Blanc from Lodi, a Mendocino Rosé and a Rhone blend from Paso Robles.

While wine is on the menu at Jillie’s, the new owner insists she wants her establishment to be an extension of her home. She envisions it as a gathering place for parents, book clubs, celebrations—even just a friendly place to land after work. A small stage, where an open mic and live music will be offered several nights a week, is in the works. Though a far cry from social work, Holt appears to be well on her way to building a new community.