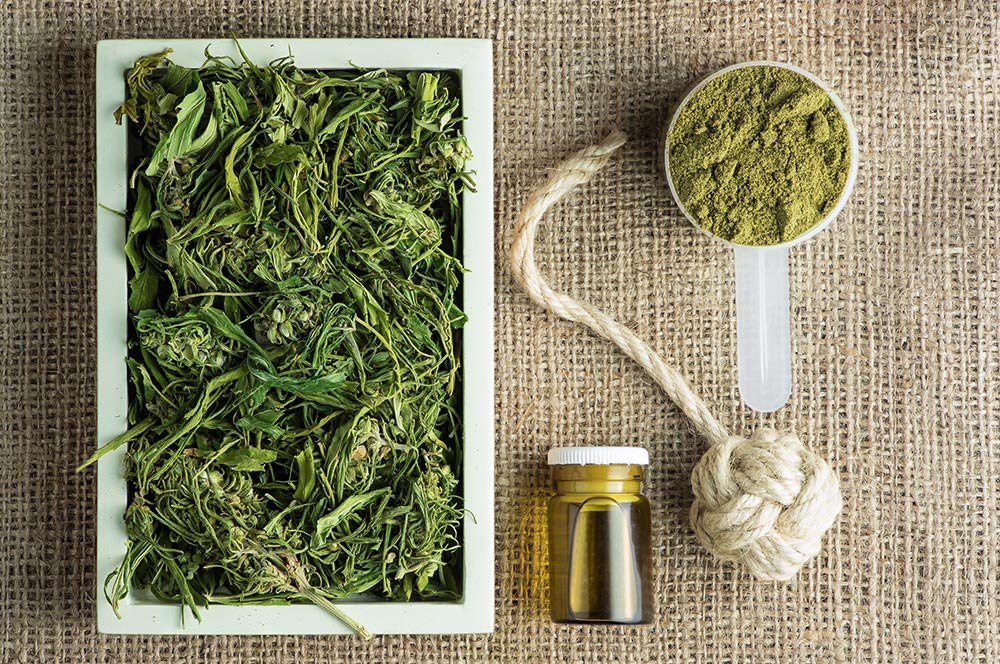 More marijuana is grown in California than anywhere else in the U.S., but 10 states, including Colorado, Kentucky and Oregon, leave California in the dust when it comes to the cultivation of hemp. Still, if Santa Rosa Junior College (SRJC) has a say in the matter, California will emerge as a leading producer, especially since the federal government legalized hemp in the 2018 Farm Bill. Will the rest of the North Bay follow suit? That remains to be seen.

This summer the SRJC Agriculture Department announced the launch of a hemp program at Shone Farm on the outskirts of Forestville, where farmers still grow marijuana illegally in the woods.

The SRJC program is the only one in the North Bay and the state of California as a whole.

When Sonoma County placed a moratorium on hemp last year, supervisors gave SRJC an exemption. Starting in 2020, students at the college will be able to major in hemp, though nearly an acre is already in the ground and growing quickly, outdoors in direct sunlight and in rich composted soil.

The plants are mostly from female clones, though some are from seeds. Students are already tending the crop and learning about it. Local media have emphasized the cash value of the Shone Farm hemp, but Benjamin Goldstein, the Dean of Agriculture, says the real value is the information it will yield, not any cash in hand. “The real payoff is student interest,” he says.

On a hot September morning, Goldstein led a tour of the experimental crop, which grows between tall rows of corn. The corn serves as a windbreak and a visual shield against thieves. A sign in the field reads, “SRJC Industrial Hemp Research Project: Not for human consumption. No THC. No street value.” Goldstein reminds those who don’t remember or who have never learned, that hemp and marijuana belong to the same genus and species: cannabis sativa.

The hemp plant—which scientists and horticulturists designate as “cannabis sativa (L)”—and the marijuana plant look, feel and smell the same. The only difference is the THC. To be considered hemp, the plant must contain less than 0.3 percent THC. Only a lab test can tell the difference between the two. “We want to show that hemp can help diversify crops on a farm or dairy,” Goldstein says. “As Luther Burbank pointed out—we can grow everything and anything here, from citrus and apples to potatoes, olives and now hemp.”

Sonoma Agricultural Commissioner Tony Linegar is also pro- hemp and eager for it, and marijuana, to be grown legally. Still, Linegar sees potential problems. “Some farmers might use hemp as a cover to grow marijuana illegally,” he says. “Others, who are against marijuana, might weaponize male hemp plants so that they go to seed and pollinate female marijuana flowers and decrease their market value.”

Forestville grower Joey Munson, better known as “Oaky Joe” takes a characteristically arch view of the nearby hemp farm. “I think the government is illegal,” he says. A medical marijuana provider for more than 20 years—with a history of compassionate care for HIV/AIDS patients—Munson takes a critical view of all rules, regulations, taxes, government inspectors and anything that smacks of officialdom.

But a little bit of law enforcement will go a long way towards de-stigmatizing whatever stigma remains around hemp, says Linegar—he wants strict enforcement to prevent fraud and says he’s prepared to stay in office beyond the end of December, when he’s slated to retire, to see the Shone Farm through to harvest.

“I think of the hemp project as my swan song,” he says. “I want to see it through.” For Goldstein, who became SRJC’s dean of agriculture in 2017, this year’s hemp crop marks the beginning of a beautiful relationship. “Our program has helped to bring hemp farmers out of the woods,” he says. “We have the potential to recruit research partners from all over California.”

Scott Wise, supervising inspector with the Marin County Department of Agriculture, says that no hemp is cultivated in Marin and that no one has registered to grow it. While there’s still a moratorium in Marin on marijuana, there’s no moratorium on hemp cultivation. Wise adds that, “The department does receive calls and there is interest in hemp, but for now it’s a great unknown.”

Farmers in Marin, where milk is the top agricultural crop, have not rushed to plant hemp, a wise move given that it’s a riskier crop to turn a profit on than, say, corn or wheat.

According to a recent bulletin from the Pew Charitable Trusts, many American farmers who were hoping to make bank by growing hemp have “no idea who will buy their crop or even who will prepare it for sale.” Hemp production has increased dramatically in the U.S.—an estimated $1.8 billion in sales for 2019—but the plant mostly belongs in a field of dreams. For the time being at least, Marin farmers would best stay with the old standbys of milk, eggs and cattle.

As fire-safety inspections continue around the region—Marin firefighters were out in force this week inspecting West Marin households for signs of “indefensible space”—North Bay State Sen. Bill Dodd has punched out a trio of wildfire safety bills that are expected to get the signature from Gov. Gavin Newsom.

“The height of fire season is approaching,” says Dodd, “which underscores the need for immediate action. We can’t sit back and watch our state burn.”

Indeed we can’t. Dodd’s three bills passed the legislature last week. His SB 190 is pegged at vegetation buffer zones and is particularly keyed in on “defensible space,” a newish buzz-phrase that basically means, keep your property free and clear of debris and stuff that can burn. Dodd notes that homes that maintain 100 feet of defensible space are eight times more likely to survive a fire “than homes without a properly maintained buffer.” SB 109’s goal is to enhance awareness and compliance with vegetation removal. Dodd’s SB 209 seeks to create a Wildfire Forecast and Threat Intelligence Integration Center to serve as the state’s “central hub for wildfire forecasting,” with capabilities that include weather forecasting and threat assessment abilities. Finally, SB 247 obliquely targets PG&E over the energy provider’s inadequate vegetation-removal policies. That bill would create a Wildfire Safety Division to conduct audits of vegetation-clearing around utility lines, and end the longstanding practice of self-auditing undertaken by utilities and their contractors.

Is Jared Huffman The Antichrist?

Possibly. But he’s definitely not running for President of the United States in 2020. The popular North Bay congressman was the recent subject of a feature in the Epoch Times that called Huffman out for his non-belief in God—Huffman’s an avowed secular humanist and self-described ‘agnostic’—and in doing so, ventured that he was one of the numerous Dems to throw his hat in to the 2020 ring. Huffman took to Facebook to brush back the errant reporting (since corrected online) and to take a shot at the Trump-supporting Epoch Times for pandering in end-times prognostication and for being supported by a cult.

The “cult” indicated by Huffman is the Fulang Gong sect in China, a persecuted minority of anti-Communists, whose adherents often participate in Qi Gong healing practices and movement. Numerous reports have claimed that the sect also experiences its share of forced organ removal at the hands of the Chinese government.

The Qi Gong practice is popular in Marin County, and one of its teachers is a woman named Vivienne Verdon Roe, who says she was cured of Lyme Disease through Qi Gong practice after being bitten by a tick in 2018. Before she was a Qi Gong teacher, Verdon Roe was a documentary filmmaker who won an academy award in 1986 for a film called Women for America, for the World. Her short documentary took on the spectre of nuclear war, speaking of end-times fixations. Now she can be found doing peaceful things, with peaceful people, and represented by a peaceful man who happens to not believe in God.

Huffman, who founded the Congressional Freethought Caucus, has been in the news a few times recently over his agnosticism. Following his Epoch Times moment, he was subsequently interviewed by the Freethought Matters publication and was asked who his favorite historical “freethinkers” were. According to a social media post from the congressman, he rattled off a few names: Kurt Vonnegut, Thomas Paine—and, praise the Lord!—Jesus Christ himself.