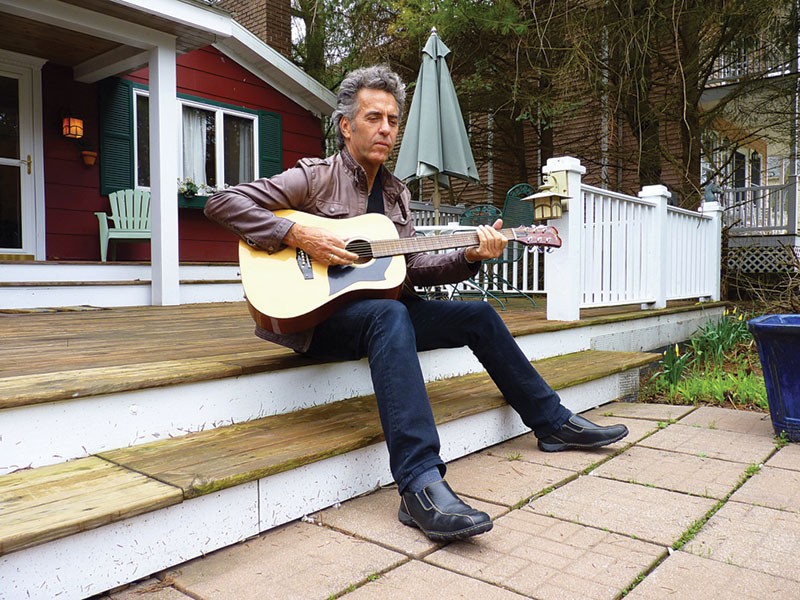 ‘It’s better to be alive than to be cool,” says Bay Area guitarist Jimmy Dillon. “That’s what I came to realize in my own personal journey.”

Alongside singer-songwriter and multi-instrumentalist Lorin Rowan, Dillon is best known for forming legendary ’80s Marin rock band the Edge. He and Rowan now play together in the San Francisco Music Club, which is one of several North Bay bands performing this weekend at the inaugural RockSoberFest, a weekend-long, alcohol-free celebration of recovery and sobriety, taking place Sept. 14–16 at the San Geronimo Valley Community Center.

“As a rock musician, I was half-baked all the time, partly because I thought that’s just what the cool cats did,” Dillon says. “When I finally got clean and sober, my personal life and musical career became a lot more successful. I finally learned that it’s OK to be OK. And that’s exactly what RockSoberFest is all about.”

“My buddy Lorin Rowan, he played the festival and he said it was a blast,” says Dillon. “So when I got a call from Jeffrey Trotter, who runs that festival and came up with RockSoberFest, I thought it sounded like a fun idea.”

Dillon, a longtime Marin County resident, says he’s known Trotter since “the Stinson days,” when Trotter was the artistic director of Shakespeare at Stinson, a popular annual theater festival that ran for several years.

“I appreciate the idea of bringing in the young people,” says Dillon, “just to let them know that it’s OK to be healthy and clean and still rock out. There used to be a much bigger stigma around being clean and sober, but that’s gradually changing. There’s been a real age of enlightenment around sobriety and being healthy in general.”

Dillon says that, like many of the other musicians he’ll be performing with, he’s looking forward to playing for a substance-free crowd.

“I do a lot of gigs in every kind of bar,” he allows, “and sometimes it’s just nice to play to an audience that’s there, not to get all fucked up, but to listen to the music, and dance and just celebrate being alive.