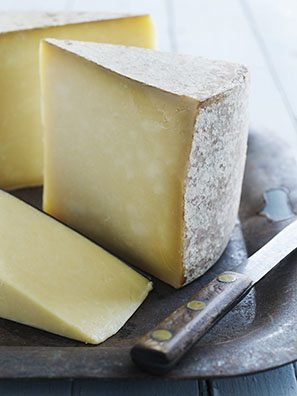 Forget the Golden Globes—who’s taking home the gold to their kitchen?

Food luminaries and enthusiasts congregated at the Palace of Fine Arts to celebrate the Good Food Awards on Jan. 8. Hundreds of producers of mindfully made products were recognized in categories that ranged from confections, pickles, honey, oil and cheese to charcuterie, spirits, ciders and coffee, among others.

MARIN FOR THE WIN In its fifth year, the Good Food Awards event has already become the gold standard for artisanal food producers who are consciously manufacturing food in sustainable and mindful ways. The keynote speaker was The New York Times journalist Mark Bittman, while Alice Waters, Ruth Reichl and Nell Newman—of Newman’s Own—presented awards to the beaming recipients. Master of ceremonies, Sam Mogannam of Bi-Rite Markets, kept the evening moving along, but multiple lively and heartfelt speeches from grateful recipients saved the two-hour-long ceremony from drudgery. The closing remarks, made by founders of the awards and presented by Sara Weiner, captured the essence of the movement and echoed Gandhi’s commitment to be the change we want to be. Not surprisingly, California was well represented in each category, but it was cheese where the Golden State—and specifically Marin—shone the brightest. Out of 17 winners, three were Marin and Petaluma cheesemakers. Bellwether Farms, for their whole Jersey milk ricotta & blackberry sheep milk yogurt, Marin French Cheese, for their petite breakfast, and Tomales Farmstead Creamery for their atika.

TOP TRENDS IN TREATS Another annual food celebration took place from January 11-13 at the Moscone Center. In its 63rd year, the Specialty Food Association held its Winter Fancy Food Show that brought 1,400 exhibitors (over 400 from California) to display their vast array of foodstuffs—from nori-infused popcorn to artichoke water. The massive for-the-trade show featured the usual suspects, including teas, chocolates and olive oils. However, every year brings new and innovative products from unusual strawberry-flavored popped quinoa breakfast cereal and savory bacon coconut chips to insect flours. Five trends were determined by a trendspotter panel compiled of food journalists. The winning categories are listed below. Included are examples of some of the products that stood out and informed the experts that these were indeed true trends.

SAY CHEESE (AND YUM) Since local cheeses made out so well at the Good Food Awards, mark your calendars early to attend the ninth annual California’s Artisan Cheese Festival in Petaluma from March 20-22. Chances are the winners will be there! This premier event features wine and cheeses, seminars, tastings and much more. Learn all about it by visiting www.artisancheesefestival.com.

Share your hunger pains with Tanya at [email protected]