30 Years Ago This Week

“Increasingly large sections of Matt Groening’s grey matter are devoted to The Simpsons, an animated TV show that provides a fractured look at suburban life from the children’s point of view. Created as cartoon shorts last year for The Tracy Ullman Show, a latter-day Carol Burnett Show that airs Sunday night on Fox, the family that brings the beauty of belch contests and ugly-face tournaments to the TV screen not only brought Groening an Emmy nomination last year, but has triggered mumblings from Fox execs about turning The Simpsons into a half-hour TV series.”

40 Years Ago This Week

“Marin supervisors this week approved a zoning change in the Nicasio Valley which may allow Star Wars director George Lucas to build a film research center on his West Marin acreage. The zoning amendment also opens the door for future limited commercial use of the county’s ranchlands, while enhancing agricultural activities, according to planning director Marge Macris.”

50 Years Ago This Week

“Former Soviet Premier Nikita Khrushchev first made a public point of it; now a Marin Transit District backs him up. Mr. K. in the Bay Area eight years ago, noted incredulously that most of the commuter autos he saw carried only the driver. The transit district survey indicates that roughly two-thirds of the cars crossing the Golden Gate Bridge in the morning commute hours carry no passengers at all, and that only 5 percent have at least three passengers.” 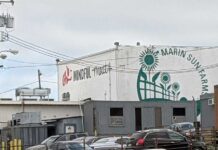 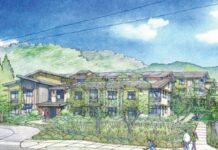