Michael Whyte has a popularity problem. His San Anselmo bookstore is so adored that its fans don’t want him to sell it.

“I had a couple hundred customers come in and say, ‘Don’t you dare sell our bookstore,’” Whyte says with a chuckle. “Apparently, over 39 years, it’s become more or less community owned—at least in the mind of the public.”

Sixteen months later, Whyte is attempting to sell again with one new stipulation: He will only sell to buyers who will continue to operate the shop as-is.

This time, Whyte will leave the store on the market until it’s sold. He wants to spend time traveling and visiting his grandchildren.

Despite the flurry of negative news about the small-bookstore business in recent years, Whyte says the Booksmith has been profitable for its entire 39-year run. In a Craigslist advertisement, he is asking $250,000 for the store.

The love of bookstores runs deep for Whyte. While studying liberal arts at Harvard—“Remember liberal arts?” Whyte chuckles—he found that he enjoyed working in the local bookstore, the Harvard Coop Bookstore (pronounced like the chicken hutch) more than he enjoyed his classes.

“Over the time I was in college, I enjoyed my bookstore work more than the academic environment,” Whyte says. “Eventually, I just became more interested in operating a bookstore than pursuing an academic career.”

Whyte relocated to San Francisco in the 1960s and founded his store, located near Creek Park in San Anselmo, in 1980. As a testament to his bookstore’s viability, he raised three children in Marin County on a bookstore-owner’s income.

The art of bookstore ownership is in large part finding out what your community likes.

“That’s the creative part of the job,” Whyte says.

Over the years, he expanded the Booksmith’s children’s-books section. Regular customers are also fans of modern literary fiction, he says.

Whyte credits a part of his store’s success to the town he’s in, which he likes to call a “conscious community.” He says that in a small town like San Anselmo, a good bookstore offers a much-needed gathering space.

“It’s part of what enriches a small town,” Whyte says. “They don’t have a lot of places to go and run into friends … [a bookstore] is a very easy place to strike up a conversation. Two people might be standing at a book table—one is holding a book and the other says ‘I thought it was great’ or ‘if you like that, try this.’”

Despite offering instant access to a wide variety of online products, Amazon doesn’t yet offer that community connection.

“Your local bookstore kind of has just about everything that you’d want,” Whyte says.

With just a month to go until the March 3 election, one ballot measure campaign is heating up while other races appear non-competitive.

The most contentious race on the March 3, 2020 ballot is over the fate of Measure I, a ballot item which, if passed, would extend a ¼-cent sales tax used to fund the Sonoma-Marin Area Rail Transit (SMART) system from 2029 to 2059.

At first the measure, which will go on the ballot in Marin and Sonoma counties, seemed like an open-and-shut case. Numerous politicians, community leaders and a wide range of business and environmental groups have already endorsed the “yes” campaign.

Then, in mid-January, news broke that Molly Flater, a business executive at several companies run by her father, Sonoma County developer-and-businessman Bill Gallaher, had contributed over $500,000 to defeat Measure I.

A Jan. 21 campaign filing shows that the “no” campaign, called NotSoSMART.org, spent $540,496 of the $563,658 they raised as of Jan. 18. Most of the expenses went towards a Sacramento political consultant and advertisements on North Bay radio stations.

On Monday, Jan. 27, Greg Sarris, the chairman of the Federated Indians of Graton Rancheria, announced that the tribe will back the ‘yes’ campaign with a $1 million contribution.

Because Measure I is a tax, it will need two-thirds support to pass. With both sides swimming in cash, expect to see a flurry of advertisements from both sides of the fight over the next month.

Three races for seats on the Marin County Board of Supervisors are likely to be much less contentious.

Candidates have filed to run in District 2, 3 and 4, three of the county’s five supervisorial districts. But, although there are multiple candidates in two of the contests, none of the races are close in terms of cash raised.

District 2 Supervisor Katie Rice, who currently serves as president of the board, is not facing an opponent. Rice has stockpiled $53,799 in her campaign committee, according to paperwork filed on Thursday, Jan. 23.

District 3 is holding an open election, after Supervisor Kate Sears announced plans to retire in 2020.

Bailey, described as an “Information Systems Administrator” on the ballot, has not filed any campaign expense paperwork.

Kenney, a Tiburon resident who describes himself as an investor, has pumped $20,600 into his own campaign with no outside help. After campaign expenses, Kenney has $7,904, according to campaign filings.

District 4 Supervisor Dennis Rodoni is facing off with Alex Easton-Brown to represent the sprawling district which includes the coast between Dillon Beach and Muir Beach, and much of central Marin County.

Easton-Brown, who also ran in 2016, described himself in that election as a “Tax Watchdog/Sociologist” on the ballot. This time he lists himself as a “Local Community Advocate.” He has raised $4,738 for his campaign and has just over $2,016 left in the bank, according to a Jan. 23 filing. 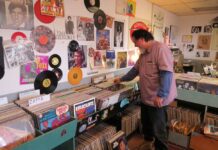 Where to get your groove back 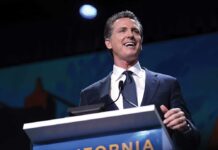 Governor Sets Aside Properties for Homeless