.Feature: Yet another movie 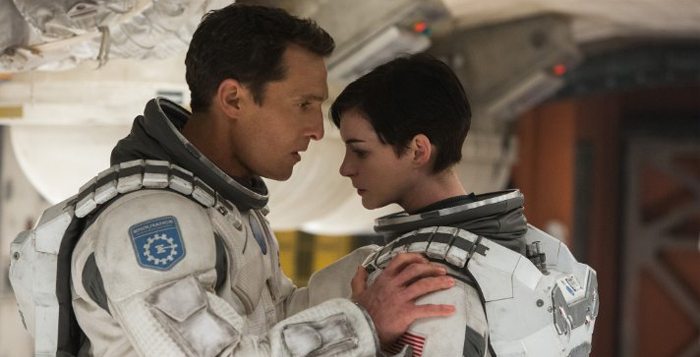 Top films in 2014 worth talking about

Let’s face it. In a world where war, epidemics, terrorism, racism, police brutality, corporate greed and political stupidity are threatening to erode and undermine all that is good in the country and the world, the question of which movies this year were better than others holds a stunningly low-priority over just about everything else.

But here we go anyway.

Boyhood Richard Linklater’s deeply personal reflection on growing up in America is much more than one boy’s intimately observed life: It’s a psychological study of how the choices a parent makes—even the tiniest ones—can have huge power in shaping the personality and attitude of their children. Filmed over a 13-year period, actor Ellar Coltrane was 5 when the project started and 18 when it ended, literally growing up before our eyes along with his simultaneously aging co-stars Ethan Hawke and Patricia Arquette as his warring parents. As innovative as any FX-fueled fantasy (some of which I describe below), the conspicuously awkward adolescence of our hero is its own kind of special effect, and Linklater’s refusal to show us tidy resolutions and smooth character arcs adds to the sense that we are living this young man’s life right along with him. It’s messy, moving, funny, sad, frustrating, disappointing, thrilling, inspiring and ultimately, profoundly hopeful—just like real life.

The Grand Budapest Hotel A sometimes dark story within a silly story within a mystery story, Wes Anderson’s expertly screwball murder/prison/escape tale takes place in and around the titular Grand Budapest Hotel, a sprawling edifice presided over by the wily hedonist Gustave H, an oily but strangely principled concierge played by Ralph Fiennes so expertly that it’s impossible to imagine anyone else in the part—or think of any other role Fiennes has done that comes remotely close to this. Set in the fictional Republic of Zubrowka—packed with oddballs, outcasts, immigrants, evil aristocrats, henchmen, intensely efficient hotel staffers and a guy who throws cats out of windows—this is one weird movie, all served up with a frequently outlandish Cuisinart of conflicting styles. It should absolutely not work, and yet it does, standing tall—as does the Grand Budapest itself—as one of the most unforgettable and oddly beautiful movies of the year.

Big Hero 6 Though the Oscars continue to put across the outmoded notion that the more popular something is the less artistic it must be, the world is gradually catching up to the idea that a big-budget crowd-pleaser can sometimes carry deeply important ideas, and can express them with as much craft and creativity as a Sundance-ready independent about underage sex addicts and/or suburban psychopaths. Animation, more and more, is the art form of innovation and Big Ideas, and Disney’s large-hearted hit Big Hero 6 is a perfect example. Crammed with indelible images, this comic book adventure is set in the city of San Fransoyko, a strange mix of cultures where teenage Hiro Hamada faces some serious emotional issues when his inventor brother dies and leaves him an inflatable prototype healthcare robot named Baymax. Though the story contains some predictable superhero elements, this movie nails the emotional power of the story again and again. There is not a frame that is not loaded with passion, invention, imagination and love. Blockbuster schmockbuster. Genius is as genius does, and this one brings the fireworks without leaving behind the humanity at its vibrant, achingly humane core.

Foxcatcher As moody and overcast in tone as the seldom sunny skies over Foxcatcher Farms in rural Pennsylvania, this unexpectedly eerie slice of American aberrance tells the true story of billionaire John du Pont, who, in the late 1980s, decided to become a wrestling coach, despite having no experience with wrestling. He did, however, have enough money to essentially buy his own team, with Olympic wrestlers, the medal-winning brothers Dave and Mark Schultz. Establishing a training facility on his family’s historic estate—du Pont nicknamed it Foxcatcher—the mad aristocrat gradually proved himself to be more than just a little eccentric. He was seriously ill, and yet no one ever stepped in to say so—until tragedy struck. Du Pont is played by Steve Carell in a role that will forever prove how good an actor he really is. The movie, by director Bennett Miller (Moneyball), is deliberately paced, with a palpable sense of dread that grows powerfully with the dawning realization that something very, very bad is going to happen by the end. And it does. Frightening in its portrayal of banality of madness, Foxcatcher illustrates the way that rich people’s money sometimes gives them a sense of entitlement that allows their worst tendencies to go unchallenged and unchecked—until it’s too late.

Interstellar Some critics have blasted Christopher Nolan’s epic space-fantasy-drama for being too packed with philosophical ideas, too long, and too weird—but those are the very things that make this movie great. No, it’s not Batman in Space, which might be what people expected but it’s not Nolan’s fault. Don’t blame the movie for being deeper and bolder and brainier than you were willing to settle for. Inspired by a challenge taken up by physicist (and executive producer) Kip Thorne, to make a movie based on solid science and theoretical space-time principles, the movie is also rooted in the weaknesses and strengths of being human. Matthew McConaughey does some of his deepest work in this story of a father talked into leading a team of astronauts through a wormhole in search of a way to save the human race, which brings to light a few inconvenient truths about relativity and the passage of time. The final third, which is where some have said the film goes off the rails, is where McConaughey really shines, and where Nolan drops his biggest, boldest ideas on his unsuspecting audiences.

The Lego Movie This one may be the biggest surprise of the year, with the possible exception of the second-half of Gone Girl, which you’ll see more about further down this list. What looked like a potentially crass, glorified commercial for Lego blocks turned out to be one of the most creative movies in recent memory—a movie about the very nature of creativity. With animation that managed to look both charmingly low-tech and ambitiously far-reaching, it’s the story of a generic toy mistaken for The Special, the one denizen of the Lego world creative enough to stop the control freak Lord Business from gluing the world into place, putting an end to free expression (and really weird things made of Lego blocks). With a truly inspiring message about the power of stepping outside the box, this movie packed a punch—and was frequently hilarious, too.

The Fault in Our Stars Every year, there is at least one film that opens early, sparks a lot of talk about Oscars, but then is virtually absent from memory by the end of the year. Well, some of us have not forgotten The Fault in Our Stars, notable for many reasons, including the not-insignificant achievement of being a film about cancer (box office poison, one would think) which made over $300 million at the box office. Why? Part of the power of the film is the story itself, an adaptation of the Young-Adult (Y.A.) novel by John Green, an unsentimental and yet unflinchingly candid look at lives of terminal teenagers. The other major strength is the luminous Shailene Woodley as Hazel Grace, a sarcastic, moody 16-year-old thyroid cancer patient on constant oxygen, who falls in love with the prosthetic-legged cancer survivor Augustus (Ansel Elgort) she meets at a cancer support group. Undeniably touching, with an edge of anger that makes it all the more real, this one may not be mentioned much on Oscar night (though Woodley deserves a shot—she’s that good), but it is one unlikely love story that, on DVD anyway, is likely to be discovered over and over again by new audiences.

Guardians of the Galaxy One measure of a movie’s greatness is the joy with which people end up talking about it afterwards. Guardians of the Galaxy, the delightfully cheeky adaptation of a lesser-known Marvel Comic series, was so gleefully fun, so layered with permutations of the classic heroes-journey theme, that it was impossible to resist, and was augmented by a soundtrack that dared score an action sequence with “The Pina Colada Song” and made the phrase “Ooga Chaka Ooga Ooga” hip again. With larger-than-life characters who seemed to have actual, three-dimensional inner lives, the story of a band of low-life criminals who find purpose in each other’s raucous company, it was like The Usual Suspects meets The Wizard of Oz in a galaxy far, far away. Willing to break rules, eager to please, but not afraid to say a poignant thing or two about the nature of friendship, Guardians of the Galaxy may prove to be hugely influential as well. Expect plenty of movies in the future to attempt the same mix of freak-show fun and frothy fantasy. Few will succeed.

The Theory of Everything It’s a kind of audio-visual international icon: the striking image of Professor Stephen Hawking crumpled in his wheelchair—and the distinctive robotic sound of his computer-synthesized voice. The acclaimed physicist and author, disabled by MS, has been in that chair longer than many of us have been alive, so the chance to see him young again, on two feet again, carries a special kind of emotional power. As portrayed brilliantly by Eddie Redmayne in The Theory of Everything, Hawking’s life turns out to be much more than the story of a brilliant mind forced to deal with the loss of his body and vocal chords. Based on Travelling to Infinity: My Life with Stephen, the frankly unapologetic memoir by Hawking’s former wife Jane Wilde Hawking, the movie turns out to be the story of a wholly non-traditional kind of love, pushed by the tragedies of disease and circumstance into decisions most of us will never have to make. Stunning in the beauty of its performances, nearly glowing with generosity and humanity, The Theory of Everything is much more about the limitlessness of the human heart than the powers of the brain—though in the case of Stephen Hawking, both are formidable.

Gone Girl Here’s the thing. While critics were quick to take director David Fincher to task for delivering a movie that was “strangely cold,” “unexciting,” and “funereal,” the rest of us saw Gone Girl as what it really is: the best hoax in the history of motion pictures. Based on the book by Gillian Flynn, who wrote the brilliantly icy, farcically spot-on screenplay, this movie is what it purports to be: the story of a weak man who learns to be strong after becoming the primary suspect in the disappearance of his perfect wife (who he may actually have murdered). I will remain on this side of a full spoiler by saying only that the second half of this film is ingenious, shocking, trashy, bloody, brilliant and totally unexpected. It’s not nice, but it is smart, impeccably crafted, and willing to take its viewers places they most definitely did not expect to go.

Let David know your favorite movie from 2014 at [email protected].

Next ArticleFeature: Take a Trip