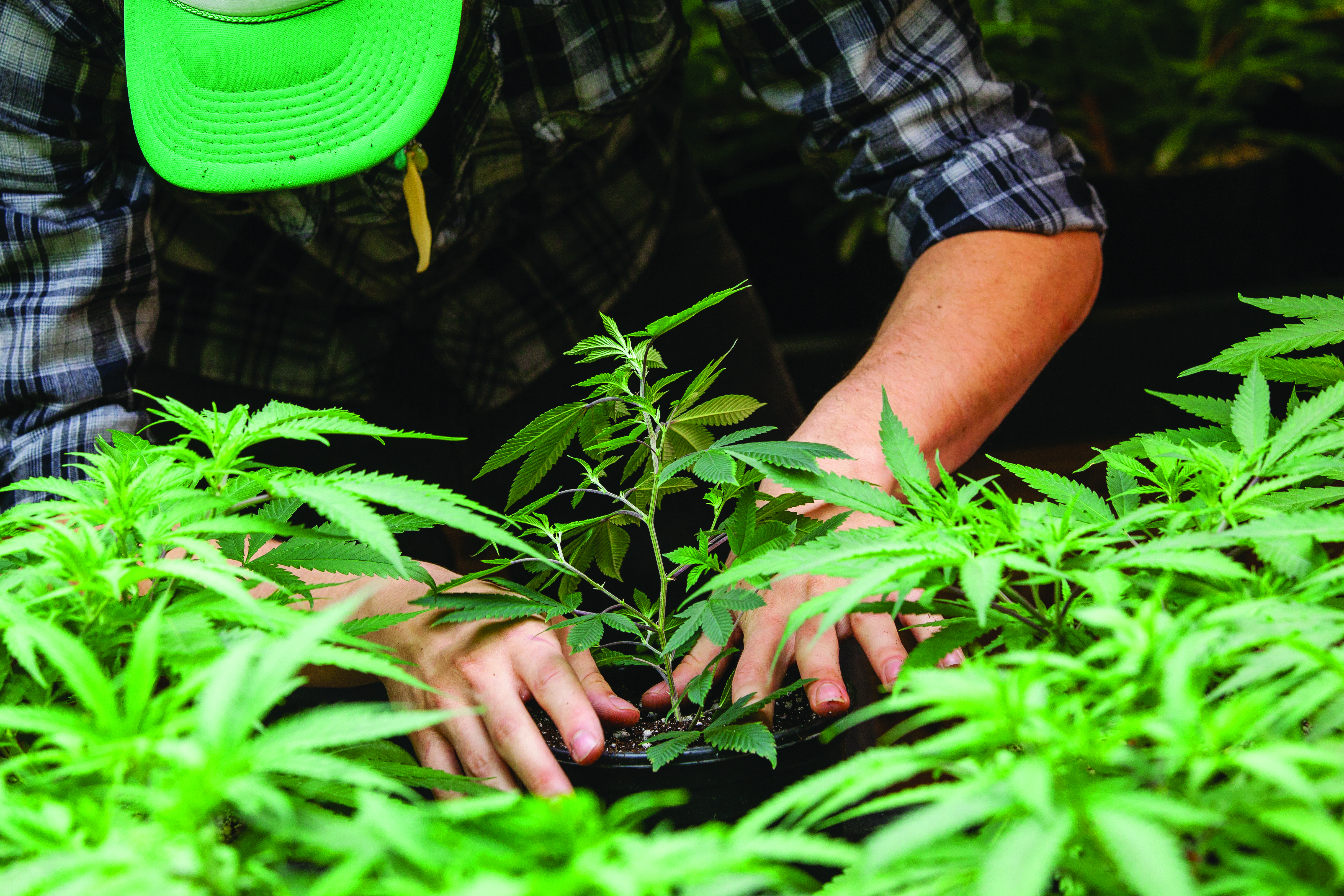 CGA may drop lawsuit against over acreage limit flip-flop

The California Growers Association filed a lawsuit against the California Department of Food and Agriculture in response to a regulatory loophole in the state’s cannabis laws that could take away protection from small-acre growers.

A lawsuit filed against the California Department of Food and Agriculture (CDFA) in January could be dropped by the California Growers Association (CGA)—but only if the state relents on a late-season switcheroo around small-acre grows as it finalizes statewide cannabis regulations.

At issue, says California Growers Association Executive Director Hezekiah Allen, are emergency regulations put into place late last year as the California legalization experiment was approaching the January 1, 2018 moment of retail liberation of cannabis. Part of Proposition 64 stipulated that small growers would be protected against a predicted onslaught of Big Pot seeking to gobble up acreage and create mega grow sites—and crush small growers in the process.

But in November, much to the surprise of the CGA, which represents small growers throughout the state, the CDFA stepped in and opened up a regulatory loophole that would allow grow sites to eclipse a single acre by allowing larger-scale growers to buy up as many one-acre lots as they could.

Part of the driver behind any reluctant embrace of Prop 64 by organizations such as the CGA—which emerged as a lobbyist for the state’s medical cannabis community in 2015—was premised on the inclusion of a five-year window within which none of the “Walmarts of Weed” could come in and dominate the industry with massive fields of herb.

Thanks to pressure from a few dozen larger California grow operations, Allen surmises, the CDFA backed away from the tiny-plot pledge to the so-called cottage scale who comprise the backbone of the California cannabis economy.

But the CDFA’s February 23 response to the suit, filed by attorneys for the California Department of Justice and the CDFA, does provide a measure of hope for those growers and the CGA. Allen now says that the association may drop the suit if the permanent CDFA regulations now being written adhere to the original legalization blueprint first sketched out by California Gov. Jerry Brown’s pot point person, Lt. Gov. Gavin Newsom.

The CGA lawsuit provides a glimpse into high-stakes cannabis brinksmanship over the path forward for a roughly $5 billion state cannabis economy—since the CDFA is now arguing that any negative future outcomes proffered by the CGA in its lawsuit are purely speculative, given the absence of those very permanent regulations that the CDFA is now writing.

In its response, which was filed by California Attorney General Xavier Becerra and two other lawyers, the state denies that, contrary to the CGA suit’s assertions, the CDFA regulations had served to “‘eviscerate’ any mandate of Proposition 64.”

In its seven-page response, the state goes on to argue that the CGA had made speculative assertions about the CDFA’s emergency regulations, as it denied that the regs would have a “devastating effect on small and medium cannabis businesses, local economies throughout the state, and the environment,” as the CGA had argued in its January filing in California Superior Court.

In a nutshell: The CDFA is arguing that it shouldn’t be sued for the emergency regulations, since it is now in the process of writing permanent regulations—even though nobody knows what those might be. The CDFA offers no indication in the response as to whether it would honor the original framework of Proposition 64 and re-establish the grow limits that were undone via the emergency regs.

“The complaint should be dismissed as not ripe for adjudication,” the state argues, “because the regulations at issue in this action are emergency regulations that will expire, and will be replaced by final regulations, on which CDFA is currently working.”

Allen says he’s holding out hope that the CGA might be able to withdraw the suit and says his organization is in a holding pattern awaiting further clues from the CDFA. No trial date has been set.

“There is much to discuss with the judge,” he says, reflecting on the CDFA’s response to the suit.

There’s a lot in the government’s response that Allen disagrees with, but notes that they “made one good point” in highlighting that the regulations were not intended to be permanent. He’s going to hold them to that point, he says.

Allen hopefully offers that “CDFA is saying, ‘Let’s talk about this after we issue our permanent regulations.’”

The suggestion, he adds, “is that the agency might offer a different posture, and maybe we’d back off” from the suit.

Or maybe it won’t. Until those regulations are released, he says, the CGA is in a holding pattern and is not happy with it.

The CGA has public opinion on its side, argues Allen, which includes lots of support from pro-cannabis community groups and media outlets that tuned into the CDFA flip-flop back in November.

“The general consensus is that the regulation is wrong and should be changed,” says Allen. One fact working in the CGA’s favor is that there were no public comments filed as the state hashed out the emergency regulations. Now Allen expects a torrent of public comments as the CDFA writes the permanent regulations, and he anticipates that most will support the five-year moratorium on mega grows and call for the end of the loophole.

With possibly thousands of letters of support for the CGA suit, he says, “it’s going to be a lot harder for them to say no.”

So how did this unfortunate turn of events come to pass in the first place? Did Jerry Brown—no fan of cannabis legalization—set out to sabotage the legalization regime?

Allen doesn’t think so and believes that “a staff member had a little more jurisdiction than they should have,” and made the controversial call in the absence of public comments on behalf of Gov. Brown.

Allen does say that it’s not particularly important to him who flip-flopped on the acreage limits, but he does rest the issue on the governor’s doorstop, “for failing to implement Proposition 64 as voters’ intended … The closest to a responsible party is the governor’s office,” he says. “That’s where this decision was made.”

In its court filing on Feb. 22, which sought to vacate the entire suit, the state noted that regardless of what the emergency regulations allowed, the past is not necessarily a prologue. The state says that any speculation around the CDFA’s rulemaking is wrong: “To the extent [the] plaintiff is inferring that CDFA is approving ‘large’ cultivation operations, CDFA denies such inference.”

Although the fever dream of a blown-out boutique-cannabis craft scene in the North Bay is likely years off, there’s indica incrementalism afoot in Sacramento to begin to pave the way forward to a full-on tourist-economy embrace of the holy plant that connects the cannabis back to its maker.

To that end, enter AB-2641, sponsored by grow-country Assemblymember Jim Wood. His bill, introduced in Sacramento in February, is making its way through committee and would authorize the Bureau of Cannabis Control to issue a “state temporary event license,” which would give licensed cannabis manufacturers and cultivators the opportunity to sell their wares in retail settings such as county fairs, farmers’ markets and the like, up to four times a year.

The bill’s been enthusiastically embraced by the California Growers Association, which represents small growers in Sacramento, and whose executive director, Hezekiah Allen, says that it would build on the success of small-farm retail already underway and “help farmers and consumers maintain a relationship with one another.”

These sorts of events were undertaken under the medical-cannabis collective model, which has now been supplanted by the new legalization regime under Proposition 64 and its enabling legislation.

Under that model, says Allen, “they could do events that looked like farmers’ markets that were for adults, and do direct marketing.” Wood’s bill would expand the opportunity beyond cannabis retailers to the growers and manufacturers themselves, he says, while not going down the road of an unregulated pop-up pot economy. “It’s cool, its cultural, we’ve always had these events and festivals,” says Allen, whose organization has signed on in support of the bill (nobody’s come out against it). “Bringing that into the regulated marketplace is a big priority for us.”

OK, let’s not get too excited just yet. There are no plans afoot as of yet for a Courthouse Square Cannabis Festival in Santa Rosa. Or for a Bolinas Bud Fair in that West Marin redoubt of cannabis liberation. The children have to be protected, law enforcement has to have its say and the Wood bill tracks with regulations already in place that leave it to the localities to decide whether they’d go along with the new permits.—Tom Gogola