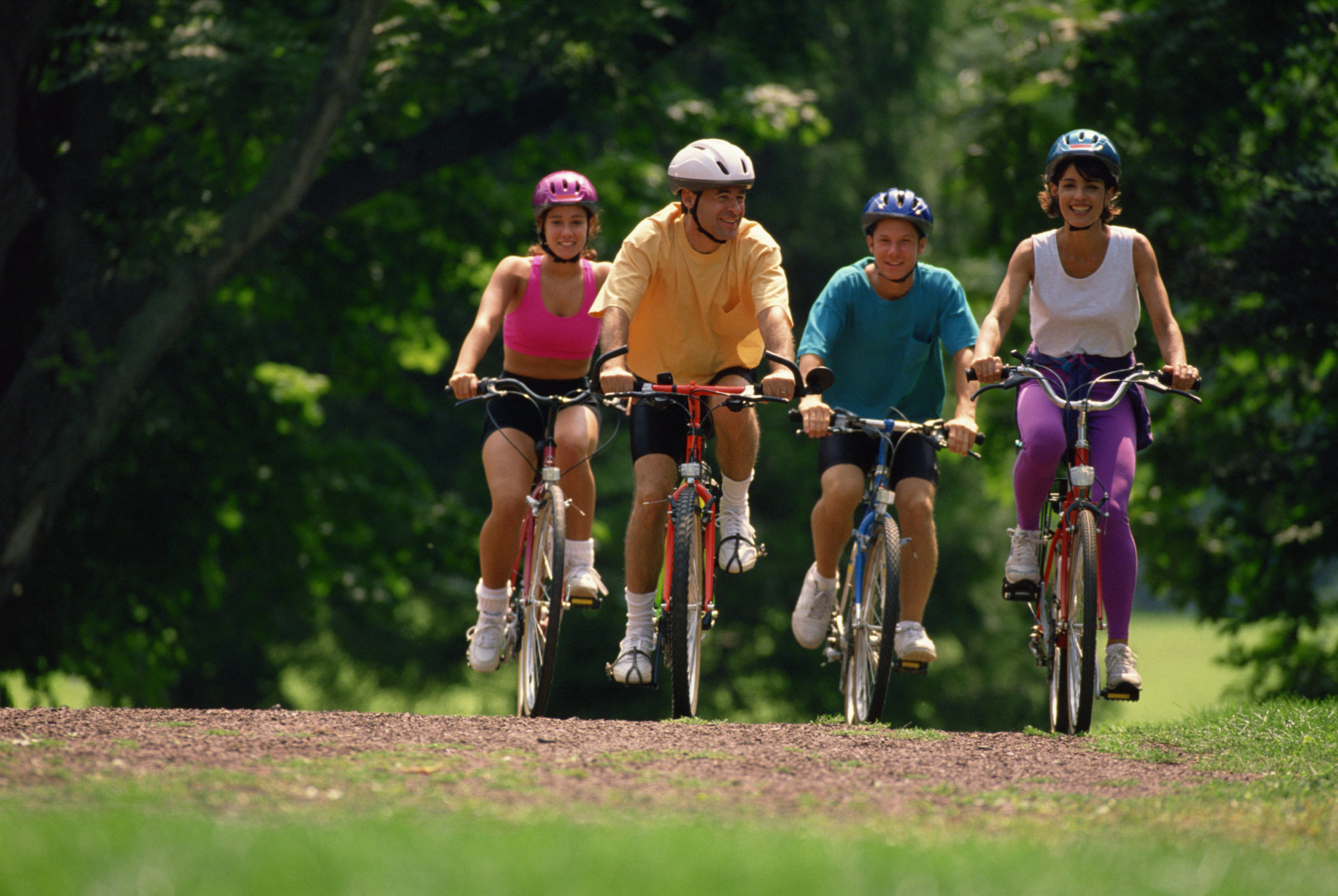 Along with the launch of a program called Share the Path, aimed at raising awareness on the Mill Valley multi-use path, came news that a bicyclist hit an 80-year-old woman who was walking on the route.

The accident shines a light, not entirely flattering, on how Marin residents and visitors are sharing the popular route, officially called the Mill Valley-Sausalito Multiuse Bike Path (MVBP), which runs from Vasco Court in Mill Valley along a 3.1-mile route to Gate 6 Road in Sausalito. In an accident last year, a cyclist collided with pedestrians on the path, seriously injuring a 9-year-old boy.

The county oversees use of the path, which runs through the jurisdictions of Mill Valley, Sausalito and the county. After the accident last year, the county started work on a roundabout to slow cycle traffic. The $400,000 project, recently completed, may be slowing most cyclists, but problems still exist on the route. In addition to the roundabout, county supervisors approved reducing the speed limit on a section of the path.

From north of Sycamore Avenue to a spot where an ancillary path leading to The Redwoods enters the main path, supervisors instituted a 10-mph speed limit. That limit was in effect when the latest accident occurred on a section of the route south of Almonte and Miller Avenue. That’s on a section of the path in unincorporated Marin.

The popularity of the path is, in part, responsible for the accidents. The more people using the path, the more the chance exists for collisions and accidents. But something else is at work in the incidents. And that something is the manner in which people use a public right of way, on bikes and on foot. The collisions highlight a need for Marin residents to become more aware of those around them on multi-use paths.

It’s too easy to blame cyclists for collisions. Certainly reckless riding is not unheard of in Marin. Encounters between hikers and cyclists in county open spaces have been a hot topic for decades. The popularity of the MVBP and the accidents that have occurred show that the same tensions exhibited on county open space trails have transferred to this pathway, too.

It’s too easy to blame cyclists, but physics tells us that when a cyclist collides with an auto, the cyclist will lose. Likewise, when a cyclist collides with a pedestrian, the pedestrian will lose. But sometimes the fault that resulted in the collision lies with the auto or the pedestrian. In the case of the path, people who regularly use the route say that pedestrians often fail to keep to the side of the path, where they are supposed to walk, allowing cyclists a clear run down the middle. Users also say that pedestrians sometimes walk on the path at night without any kind of light to alert cyclists.

On the other hand, cyclists have been riding the path too fast, say others who want to keep the path safe for all users. Just as on the trails in the open spaces, cyclists should slow down when pedestrians are present, say those calling for a bit of common sense. They also say that a cyclist calling out, “On the left” is confusing to some pedestrians who become nervous and react too slowly for a fast-moving cyclist. Using a bell to alert pedestrians is more effective, they add.

The cyclist who collided with the women recently was riding at about 15 mph to 17 mph, according to reports. That may be too fast for the path when pedestrians are present. Even 10 mph can be dangerous. It takes responsibility to ride safely among pedestrians. Likewise, pedestrians should understand the physics of the bicycle.

The issues surrounding safety on the path become magnified when considering that the north-south path running along the SMART train route has the potential to become a popular route for cyclists and pedestrians. It also holds the potential for increased encounters and incidents.

The sheer popularity of the MVBP means encounters will happen—unless users pay more attention to etiquette and simple safety measures. That’s the message that the Share the Path effort is working to spread:

Everyone can use this path—and other paths in the county—keeping safety in mind.

Part of the problem on the MVBP, and on other paths in the county, is a disparity of users. Pedestrians encompass slow amblers, social walkers and runners. They each move at different speeds and require different safety concerns, for them and for cyclists. Also on the paths are the slower recreational riders out for a jaunt, sometimes with the family; bike-riding commuters are focused on getting home or to work. They can become distracted, just as drivers on the freeway can become distracted. Then there are the racers. A minority, to be sure, but reaching a top speed on a multi-use path when pedestrians and other riders are present probably isn’t the wisest safety maneuver.

The Share the Path campaign began on May 6, during a month of bicycle awareness. Bike to School Day was on May 6; Bike to Work Day was on May 14. The campaign is a partnership between the county, the Marin County Bicycle Coalition and the city of Mill Valley. After the boy was hurt last year, the city called for safety measures on the path.

“The campaign is funded through Measure A,” says Alisha Oloughlin, planning director at the Marin County Bicycle Coalition. County Parks and Marin County Open Space District have also contributed to the funding while the three entities “are all equal partners on the development and implementation” of the campaign.

The message on the sharethepathmarin.org website is clear: “If all path users follow a few simple ground rules, pay attention and communicate with each other, we can all use the path to have fun and get where we’re going safely.”

The website lists three key points that seem self-explanatory and should be part of the vocabulary of every pedestrian and cyclist: Don’t block the path; use safe speeds; look and listen. Those admonitions may seem self-explanatory, but history says that they’re not so easy to implement. The three points have been raised innumerable times in discussions, debates and arguments about trail use in the open space. (It may be an immutable fact of life that there always will be contingents of riders and walkers who refuse to play nice and follow the simple safety procedures.)

But as the popularity of multi-use paths in the county increases, along with the rise of bicycle use, those safety measures cannot be ignored, say safety advocates. Part of that recognition by the county will manifest in speed alert panels like the ones police use on roads. They will answer the question, “How can cyclists know how fast they are riding if they lack speedometers on their bikes?” And it may come down to stricter public safety enforcement, not impossible on a route like the MVBP, including bike-riding police patrols.

Many critics of the minority of bike riders who exceed safe speeds say public safety officials should be issuing more tickets, in and out of county open space.

That’s certainly a possibility, but common courtesy also could meet the challenge of the trails and paths, without the heavy hand of law enforcement. The operative word there is “could.” The Marin County Bicycle Coalition, the county and the city are doing what they can to calm the situation and institute a safety-first protocol that everyone can follow with as little effort as possible.

The popularity of the MVBP is clear and points to a similar potential popularity on the SMART train north-south route, which could link with the MVBP if and when the Alto Tunnel is rehabilitated and reopened. Connecting Corte Madera and Mill Valley through the tunnel has been a dream of bike transportation advocates for decades. But whenever the subject arises, stiff opposition forms for a variety of reasons ranging from cost/benefits to negative effects on the neighborhoods on each side of the tunnel.

During one of the last rounds of the Alto Tunnel debate, the county commissioned a study to determine how many bikers and pedestrians would use a reopened tunnel. Part of that study, conducted by San Rafael’s Alta Planning + Design in 2010, looked at use of the MVBP. It was the first time that many people realized how well traveled the path is and that its use could be a predictor of the use the tunnel could receive.

The study determined that 3,209 average daily trips occurred on the path. Of the total, 2,567 of the trips were bikers and 624 were pedestrians. The study also extrapolated what would happen if bike use in the county continued to increase, as it has. “The projected volume on the Mill Valley-Sausalito Path” could reach 1,650,000 trips per year. The numbers, it should be remembered, represent one-way trips. Even if the estimates include a measure of inexactness, they accurately reflect the increasing popularity of bicycle use on trails and paths as well as increased pedestrian use.

Along with the increased popularity of traditional bicycles for utilitarian transportation, recreation and commuting, a new breed of bicycle is entering the market in increasing numbers—the electric bike is making a splash on the scene. A growing number of models are showing up in bike stores, and the number will increase as better batteries and more efficient motors become possible, say industry analysts.

The rules are a work in progress at many agencies. One Marin official, when asked whether electric pedal-assist bikes were allowed in a jurisdiction, said, “Oh God, don’t ask me that!” The exclamation came from participating in what is a difficult decision for many officials. If a rider turns off pedal-assist on a bike, it becomes like any other bike—non-motorized.

Sanford says that the county is watching San Francisco and other cites and entities deal with rules for electric bikes, and may alter the rules in Marin.

The behavior exhibited on the county’s paths and trails is a mirror of the behavior motorists exhibit on county roads and freeways. And it’s not always pretty.