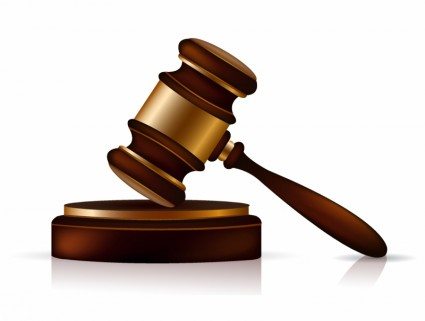 New legislation gets the ball rolling

Napa Assemblyman Bill Dodd co-sponsored a bill recently in response to the lenient sentencing of a Stanford college student who sexually assaulted a woman outside a frat party, reportedly behind a dumpster. The student was convicted of three felonies related to the assault—which meant, under most circumstances, a sentence of between two and 14 years in state prison.

Citing the negative impacts such a sentence would have on the clean-cut perpetrator, a potential Olympic swimmer from corn-fed Ohio, Judge Aaron Persky, Stanford grad, gently massaged Brock Turner’s wrist with a six-month sentence in county jail, followed by three years of probation. During the trial, Turner’s father offered an inexplicably tone-deaf defense of his son when he pleaded in a letter that a prison sentence was “a steep price to pay for 20 minutes of action.”

Persky ultimately agreed with that conclusion, outrage ensued and a trio of lawmakers that included Dodd and South Bay Assemblyman Evan Low and Sen. Jerry Hill introduced AB 2888, which would “ensure that anyone convicted of sexual assault in California cannot be sentenced to probation.” Turner will likely be out of jail in September and while he won’t be registering for classes at Stanford (he was expelled), he will be a registered sex offender for life as part of his sentencing requirements.

On June 29, the Dodd bill cleared a key senate committee when the state’s Senate Public Safety Committee voted 6-0 to move it along; its next stop is the Senate Appropriations Committee, where a hearing will be held in August, after lawmakers return to Sacramento following their summer break.

The Palo Alto rape made national headlines because of the light Persky sentence, but also because of the statement issued by the victim and shared with BuzzFeed. It’s a horrible and moving statement which reads in part, “I was not only told that I was assaulted, I was told that because I couldn’t remember, I technically could not prove it was unwanted. And that distorted me, damaged me, almost broke me. It is the saddest type of confusion to be told I was assaulted and nearly raped, blatantly out in the open, but we don’t know if it counts as assault yet. I had to fight for an entire year to make it clear that there was something wrong with this situation.”

The victim and perpetrator were both intoxicated at the time of the assault. Turner was conscious, though he says he doesn’t remember anything. The victim was unconscious and the assault only ended when two witnesses confronted Turner during the assault. He ran. “Sexually assaulting vulnerable victims who are intoxicated or unconscious is a reprehensible crime,” says Dodd in a statement, “and we need to treat it as such. Sentencing a felon convicted of such a crime to probation re-victimizes the victim, discourages other victims from coming forward and sends the message that sexual assault of incapacitated victims is no big deal.”

North Coast state Sen. Mike McGuire, D-Healdsburg, has weighed in on numerous issues in his first term as a Sacramento lawmaker, and his office sends us a reliably steady stream of press releases highlighting his activities, which recently included an update on his whale-entanglement legislation and recent legislation that would render gun thefts an automatic felony. McGuire, a former Sonoma County Supervisor whose 2nd Senate District spans from Marin to Del Norte counties, has also been a strident supporter of reform in the state’s foster care system—specifically as it relates to the overuse of psychotropic and antipsychotic medications, which has seen a reported 1,400 percent spike over the past 15 years statewide.

McGuire pushed last year for an audit, from the California Department of Health Care Services, to glean a better understanding of what he calls a crisis in the foster care system, and in late June his office sent a release brimming with outrage at the state’s failure to deliver the audit, which was supposed to have been filed in the spring, and then in late June. Didn’t happen. The state says it screwed up in assembling the audit and forgot to include about half the data that highlighted “prescription patterns throughout California,” according to the McGuire release. “This is an egregious and inappropriate delay in providing the critical data the Senate Human Services Committee requested last year,” the release notes. McGuire goes on to put the state on notice if in fact it is trying to shield damning data from the public view. “At best, this is an unacceptable error, at its worst, the Department is trying to hide the ball.”

The Senator has upped the ante on this sensitive issue by calling for an investigation into the delay—the audit is now scheduled to be released in August—and McGuire has also offered legislation, SB 1174, that “establishes a formal, on-going process for the California Medical Board to responsively review and confidentially investigate psychotropic medication prescription patterns outside the standard of care.” He notes that in 2014-15 more than 8,000 complaints “were advanced to California’s Medical Board about over-prescribing of medications, but not one complaint came from the California foster care system,” despite the massive spike in prescriptions over the past 15 years.