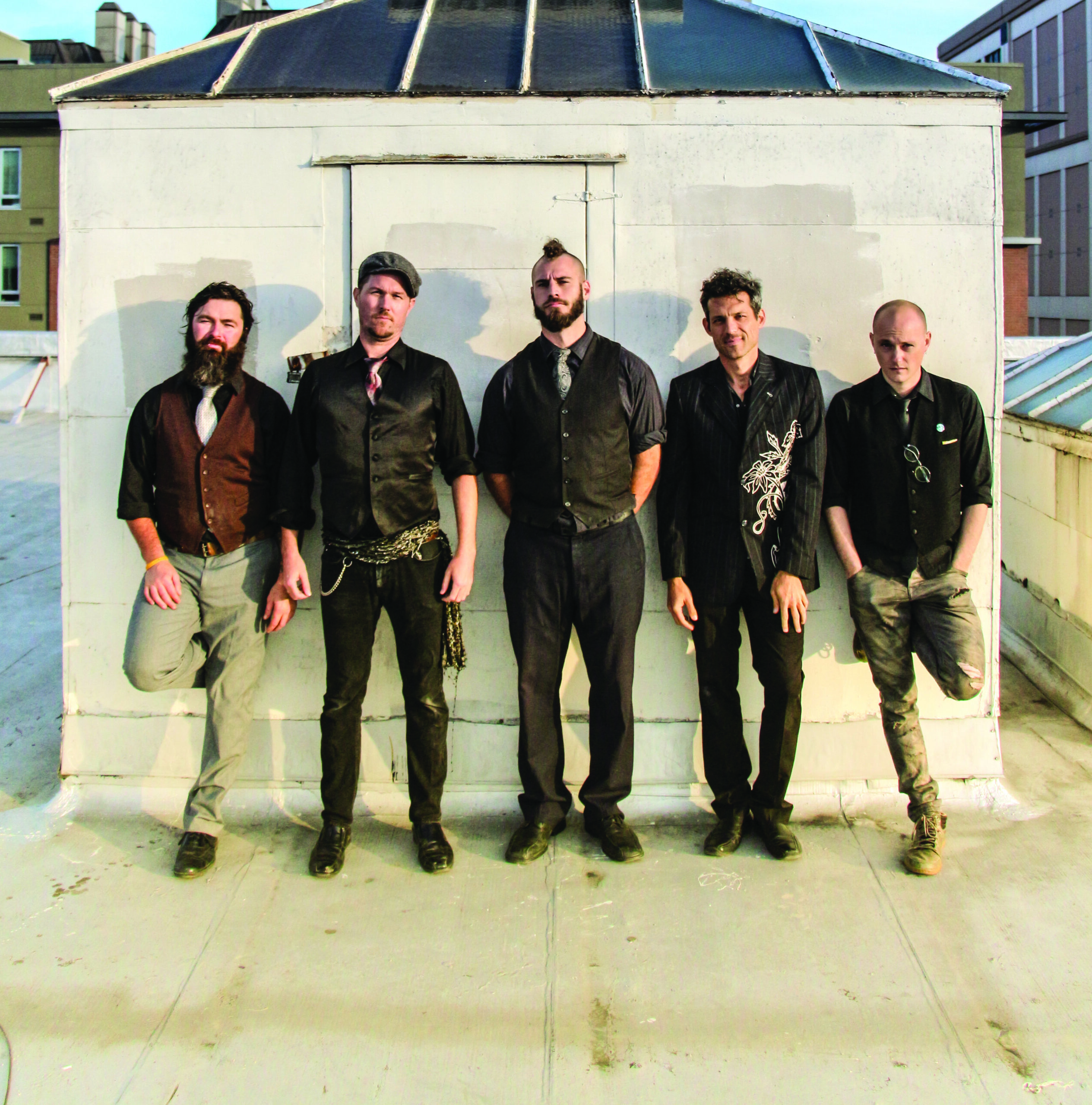 It does not take long for San Francisco Gypsy-rock band Diego’s Umbrella to hook an audience. In fact, it took all of two notes for the five-piece outfit to turn HopMonk Tavern’s session room in Novato from a casual crowd into an ecstatic dance party when they headlined the venue last month.

“That really just comes from years and years of touring and playing as many shows as our bodies will allow,” says percussionist Jake Wood.

After more than a decade together and with nearly a thousand shows under their belt, Diego’s Umbrella. “Pretty quickly, people realize that we’re onstage having fun, and it’s just really infectious,” says Wood. “We have sentimental moments and songs that range from different emotions, but overall, if you put a song like ‘Hava Nagila’ into your set, you’re setting a tone that you can’t really deny. The aspect of having fun is very real. It certainly is for me.”

Wood is joined under the umbrella by guitarists and vocalists Vaughn Lindstrom and Kevin Gautschi, violinist Jason Kleinberg and bassist Johann Hill, aka Red Cup.

“It’s a very special group of people,” says Wood. “I think we all really appreciate the camaraderie we have.”

Diego’s Umbrella is back in full force this summer. There’s a new album in the offing and a performance next month in Mill Valley, where the band plays alongside Metalachi–dubbed the world’s first and only heavy metal mariachi band–on Thursday, Sept 6, at Sweetwater Music Hall.

“Our latest touring motto is ‘thrash responsibly,’” jokes Wood. “We want to have a ton of fun, but we’re not 23 years old anymore, so we’re exercising some levels of precaution.”

Previous ArticleLetters to the Editor