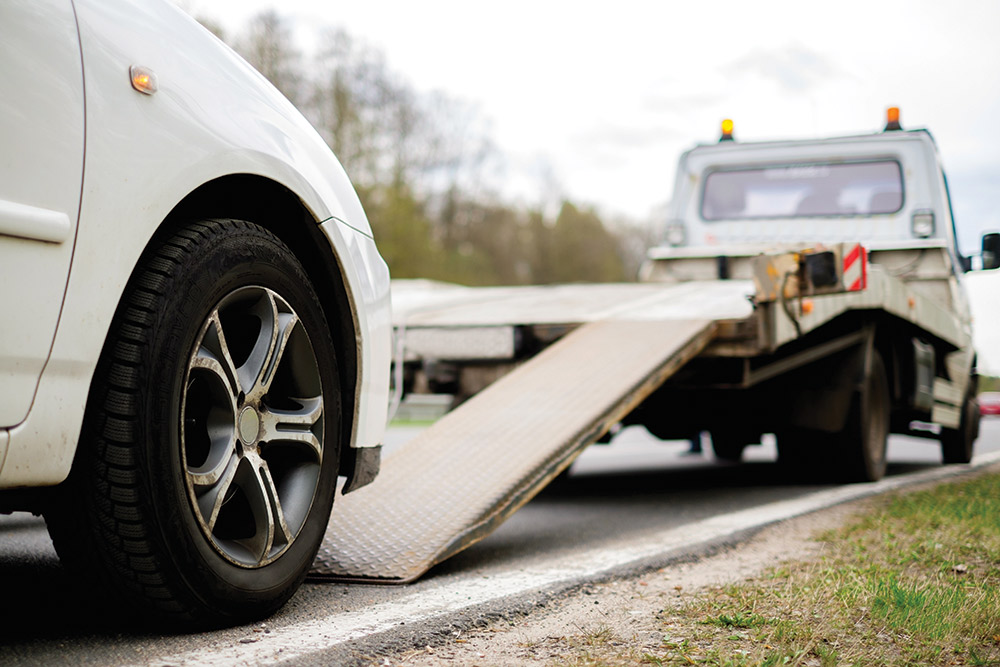 A struggling man in West Marin was recently arrested on minor charges and spent a few months serving local time at the Marin County lockup in San Rafael. Before his arrest, the man had been living in his car. When he got out of jail, he was homeless. His car had been tagged and towed, by a company under contract with Marin County, to one of its impound lots—along with all his possessions and identification papers. In a word, this man was screwed.

This is a common enough hard-luck story in the land of sky-high rents: sure, you can live in your car, but you’ve got to move it every three days—or else.

That’s sort of hard to do if you’re poor and in jail.

Now, San Francisco state Assemblyman David Chiu has introduced a bill this week in Sacramento that aims to eliminate poverty-related towing. The bill was inspired by a recent report from the Western Center on Law & Poverty, Towed into Debt, which found that “hundreds of thousands of California drivers have their cars towed every year for non-emergency, non-safety related reasons.”

The three main culprits, according to the Western Center study, are unpaid tickets, expired registrations and parking for more than 72 hours on a public street. The study found that those who can’t afford to pay parking tickets and registration fees “often can’t afford to retrieve their vehicles once administrative fees, storage fees, and unpaid tickets are added together—fee totals often reach $1,500 or more.” If you can’t pay the fee, the state sells your car. If the state sells your car, you can’t get to work. If you can’t get to work, you lose your job. And thus the cycle of poverty continues.

The Western Center study found that every year, the state sells 200,000 government-towed vehicles.

Chiu’s bill, AB 516, would eliminate three types of poverty tows: those where a person has five or more unpaid parking tickets; tows where a registration is six or more months out of date; and tows where a car has been parked on a public street for 72 hours without being moved.

Chiu’s bill has been widely endorsed by anti-poverty and civil-liberties groups, including the American Civil Liberties Union of California.

Chiu expects some pushback from local transit agencies, which are, generally speaking, not in favor of being told what they can or can’t do by the state. But as the Western Study notes, localities are losing money on towing programs that disproportionately impact the lesser-of-means.

A locality will use the tow as leverage to collect a debt, but in many cases, the debt isn’t paid and the car goes to auction, where it’s sold at a fraction of its value. The Western Center study reports that “cities are losing money on tows, especially when the reason for the tow is someone’s inability to pay government fines and fees. Towed vehicles can quickly rack up thousands of dollars in fees and fines that often can’t be paid off by their owner. The fees and fines don’t get collected, the car is sold, and everyone loses.

“For many middle- and low-income Californians, getting towed is more than an expensive inconvenience,” says Chiu. “It can exacerbate an existing untenable financial situation. We should not be taking away a person’s livelihood or shelter simply to try to collect a minimal debt. This legislation will help stop a vicious cycle of penalizing poor people simply for being poor.”

Ever since Francis Ford Coppola graduated from college back East and settled in California, he’s been ahead of the curve, whether in film or, more recently, viticulture. Last year, he added a cannabis product to his portfolio.

“Wine and cannabis are two ancient and bounteous gifts of Mother Nature, linked by great care, terroir and temperateness,” Coppola tells the Pacific Sun this week, by way of his assistant. (You can’t actually talk to the Godfather, unless he talks to you first.)

“Expertise making one applies to the other. As with growing grapes, location matters,” Copplas says-not-says, and adds that his cannabis is a “true blend of art and science.”

An associate close to the director says that “cannabis has long played an integral part in his creative process.” Of course, to make his trippy films Coppola had to get high. And he must have been high when Coppola thought making a third Godfather movie was a good idea. Moreover, his wife Eleanor, the associate says, is a “firm believer in CBD.”

Though the website for the 2018 Growers Series depicts a large wine bottle with the name “Coppola,” along with the famed director’s signature, the cannabis is housed inside a small tin in the shape of a wine bottle with an embossed pot leaf. It’s Godfather packaging, totally over the top.

A nifty black-and-white drawstring bag contains rolling papers, a small pipe and a book of matches with the director’s initials. Kathleen Murphy, who handles publicity for Coppola’s cannabis line, says the strains are “not overly potent.” If you wanted a mind-melting Apocalypse Now experience, forget about it.

To market his Growers Series, Coppola created a separate commercial entity called Sana, which is ancient Sanskrit that some claim translates into “marijuana.” The word “chill,” which is broadcast on the Grower’s Series website, suggests that wine and weed are compatible. That’s Coppola’s point.

The cannabis is cultivated organically in the sun by the Humboldt Brothers, CEO Johnny Deim and chief farming officer Brett Todoroff. Both keep a low profile.

“Francis Coppola considers the Emerald Triangle, specifically Humboldt County, as one of the best place in the world to grow cannabis,” Murphy says. “With all of its microclimates, it’s the ultimate playground for the experienced cannabis grower.”

Too bad for you, Marin and Sonoma county growers—the Godfather has opted for greener pastures to the north.—Jonah Raskin