.The Mutation of the Mother Hips 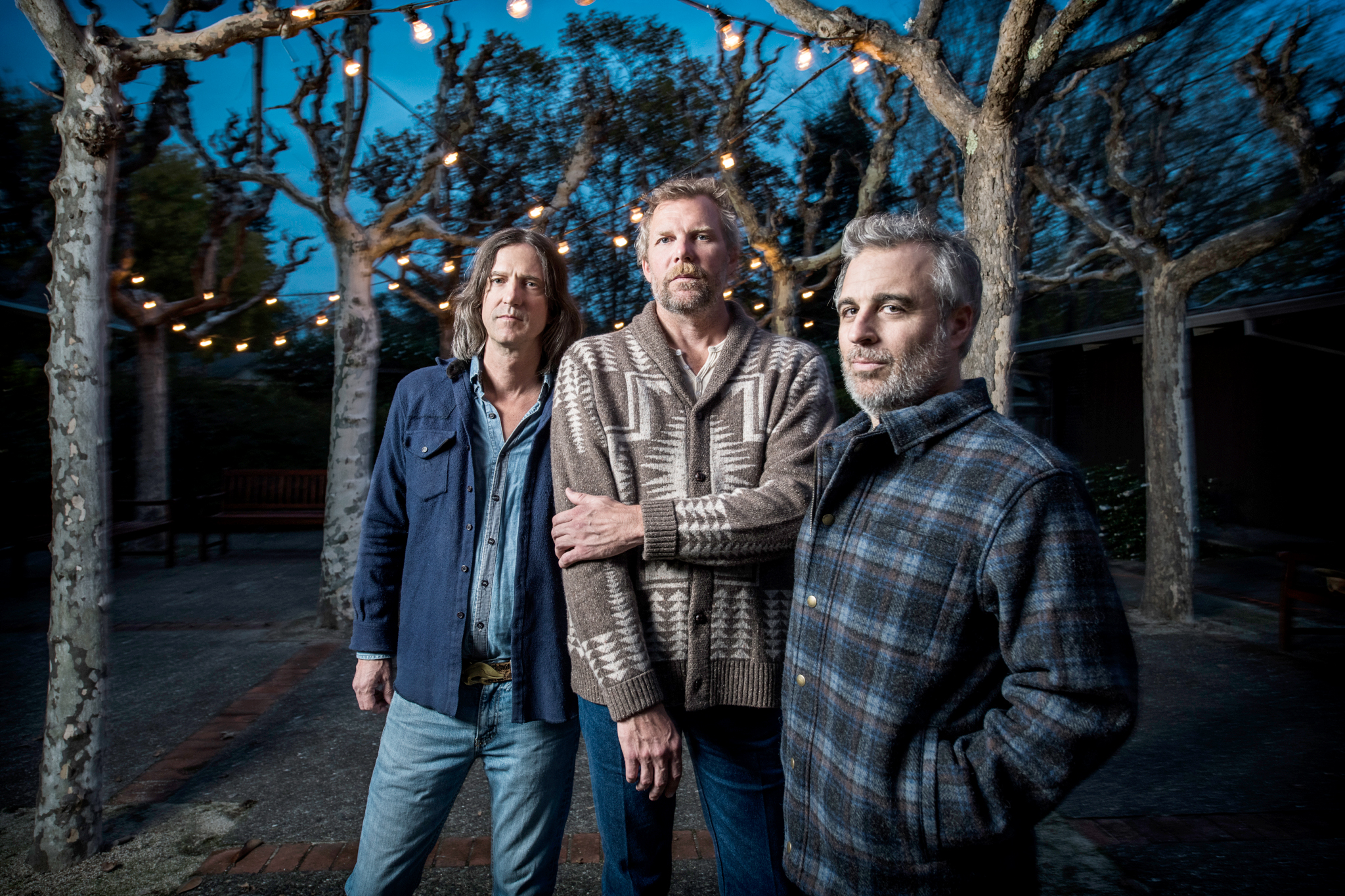 ­­Located on the outermost edge of civilization, a world and millennia away from Mesopotamia, California has never stopped evolving. While humanity has trudged ever westward through the rise and fall of empires, cloaked in bearskins, then togas and then Birkenstocks, a small group of modern troubadours have spent their time penning songs for the ages, the Mother Hips.

The band’s story can be found in documentaries like Patrick Murphree’s Stories We Could Tell and Bill DeBlonk’s This Is the Sound, and a coffee-table photo book by Jay Blakesberg, as well as thousands of articles and interviews. In essence it goes like this: In 1990, Chico State students, guitarists and songwriters Tim Bluhm (now a resident of San Anselmo) and Greg Loiacono met, partied and found their voices to be two sides of a coin. They formed the Mother Hips with Isaac Parsons (bass) and Mike Wofchuck (drums) in 1991. The group’s 1993 freshman album, Back to the Grotto, accompanied by their electrifying live performances, bound them, first and foremost, heart and soul, to the Chico scene.

It should be noted that the Chico scene in the early ’90s was, in a word, epic. Newly kegged Sierra Nevada Pale Ale fueled wild bacchanal fraternity parties where the Mother Hips provided the soundtrack, weaving in and out of the last vestige of true Animal House shenanigans. It was in this cauldron of bubbling, fermenting creation that the Mother Hips materialized. The Mother Hips were adamantly not a hippie band, not a jam band—they were singular and searching for something new to be heard. As Rolling Stone magazine summarized it, “The Mother Hips are divinely inspired by the four great (North) American B’s: the Byrds, Buffalo Springfield, the Band and the Beach Boys.”

The Mother Hips’ look and attitude shaped their image, but it was craftsmanship and a dedication to songwriting that attracted the attention of Rick Rubin’s American Recordings. The renegade label oversaw the band’s beautiful second and third releases, Part-Timer Goes Full (1995) and Shootout (1996).

In the last 25 years, the Mother Hips have released 10 must-be-heard albums that have influence bands who see them as pioneers of a sound dubbed “California soul.” From the Dead Winter Carpenters to the Infamous Stringdusters, there is a legion of bands trekking the road the Mother Hips paved.

Their latest album, 2018’s Chorus, fits perfectly in line with all their releases; in fact, it’s an iteration of everything that has come before. It is their most stripped-down effort, an exploration of the decade’s worth of sounds the band has mined, harvested and put through its rock tumbler. While the previous nine albums were the work of Martian mind melds, this latest is the work of rugged individualists—something John Muir might have listened to if he had an iPod while he traversed the redwoods, the jagged coastline and the snowy peaks of Northern California.

The world is definitely in a bout of chaos right now, and—if art imitates life—the Mother Hips are mirroring that flux. Changes in the band are coming as quickly as the color of the autumn leaves are mutating. Pushing three decades into their career, the Mother Hips are currently a trio, as the cover of Chorus shows, down to Bluhm, Loiacono and longtime drummer, since 1997, John Hofer.

Bassist Scott Thunes, who brought a catalyst of energy to the band over the last few years, is gone. Longtime friend Jackie Greene played bass for the recording of Chorus, but the position of bass guitar is now in the hands of Brian Rashap, house bassist at Terrapin Crossroads in Marin since 2013. From his early work in a Southern California Grateful Dead cover band called Station EXP to becoming Phil Lesh’s production manager and bass tech on tour, it’s been nothing short of a long, strange trip for Rashap.

Steely-eyed co-founder Loiacono is philosophical when it comes to the changes the band endures. “I enjoy playing with different configurations and seeing what new people bring to our songs,” he says.

It’s impossible to record an album in a vacuum. Sometimes the music drives the band, and sometimes, as in the case of Chorus, the personal lives of the band members drive the music. It cannot be downplayed that Tim Bluhm’s last three years formed much of the sentiment of this album. A very public divorce with songstress Nicki Bluhm weighs heavily over the album, as does the 2015 extreme-sporting accident that left Bluhm with a shattered right hip, a completely snapped left ankle and other injuries.

Every album that came before Chorus was the product of four strong personalities bouncing off each other’s ideas. Power struggles and dynamics shaped intricate lyrics with lattice-work melodies. Bluhm and Loiacono may seem forever bound to each other musically, but the last several years have found them growing apart. While Loiacono was developing as an artist—going solo, refining his guitar work to a fine sheen, grinding with a number of other bands (Green Leaf Rustlers and the Chris Robinson Band)—Bluhm was trapped in his own body, enduring a recovery process that included over a dozen surgeries, bone infections and other complications.

But 2018 has found the Mother Hips in new form, revolving their extensive catalogue into ever-changing set lists to please old and new fans alike. Each step the band takes contributes to their complex, rich story, and as is often noted, it is the journey not the destination that matters.

And for the Mother Hips, the journey is ever forward, further and beyond.