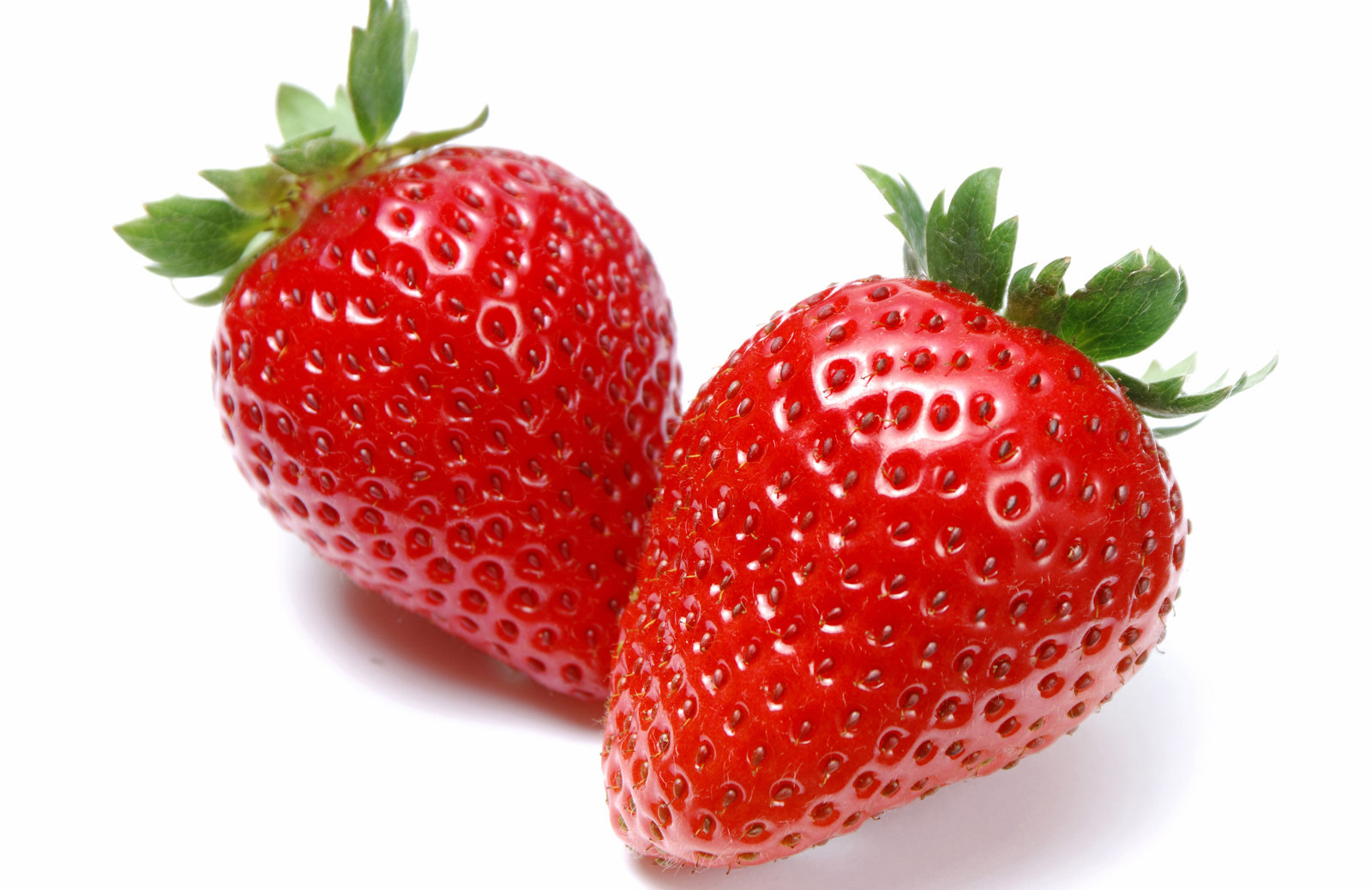 Upfront: The future of Strawberry

A place for Priority Development Areas?

With a nod to the inimitable Yankee’s catcher Yogi Berra, the newly minted Strawberry Community Vision Plan is like déjá vu all over again, but with a difference.

In an introduction to the Vision Plan, Supervisor Kate Sears, who was the spark behind the effort that resulted in the document, says, “In 2013, the Strawberry community became engaged in passionate discussions about what housing and transportation planning designations meant and whether those concepts squared with their desire for a high quality of life. In February 2014, I invited the Strawberry community together to engage in a period of reflection about what works, what could be improved, and how best to move towards a future that is right for Strawberry. Although our vision work is not part of a community plan update, it will hopefully help position Strawberry for a more detailed planning process in the future.”

That’s a recap of a tumultuous time when Strawberry and other communities in Marin exploded in indignation over the Plan Bay Area proposal to create Priority Development Areas (PDAs), places designated for increased housing density with transportation access and connections. It’s based on a strategy the state created to help reduce greenhouse gas emissions. A key to the idea is that communities that designate and accept a PDA can qualify for a better shot at transportation funding. PDAs are the carrot.

At first glance, Strawberry might seem to be a perfect location for a PDA, but opponents of the concept weren’t shy with their objections.

Opponents of the PDA concept say that the county and its cities should refuse to bend their planning decisions to gain transportation funding. They call acceptance of the funds bribery. Critics of the Strawberry designation raised familiar objections: unacceptable traffic and inappropriate housing density. The criticisms were similar to those raised to counter development proposals, large in Marin for decades. But the vociferousness of the pushback after Plan Bay Area went public startled planners and politicians. The critics raised a howl that Marin should never allow “alphabet agencies” representing state and regional interests to “dictate” planning decisions in the county.

Even a compromise, recommended by Brian Crawford, director of the Marin County Community Development Agency, failed to gain traction. The compromise made sense, Sears said at the time. It called for keeping Strawberry in the PDA designation while carving out a portion of the PDA close to the residential area. The redrawn PDA would, according to Crawford’s staff recommendation, “more closely follow the commercial and mixed-use areas adjacent to or in greater proximity to the highway.”

But the compromise did little to calm the objections. Sears put forward a plan for the county to step back from the Strawberry PDA designation. The rest of the board agreed. At the time, Sears said, “I felt there was so much deeply felt antagonism to the acronym [of PDA] that even having the narrow strip, which I think makes sense for so many reasons, was still going to feed the no, no, anti, anti feeling. As long as that continues, it makes going forward in a productive way very difficult.”

The uproar over the proposed PDA partly was a good thing, Sears recalls in a recent conversation. “A lot of people were engaged.” When the supes agreed to nix the Strawberry PDA, Sears says, she suggested that it would be beneficial to start a community process that would create an opportunity “for people to express themselves and feel like they were being heard.”

Along with antipathy toward “alphabet agencies” dictating planning standards for Marin, critics of the regional planning idea in general—and PDAs in particular—raise ancillary objections based on their perception that local elected officials fail to listen to their constituents.

That was an objection raised often and loudly in Marinwood over a proposal to develop the rundown Marin Plaza parcel to create affordable housing. Former Supervisor Susan Adams thought she had a new and productive way to create a vision for Marinwood. She created a kind of vision process that set up numerous public meetings to gather input about what the community wanted, what developers could realistically build and what the property owner would accept. A community-based committee formed to guide the process. By creating a plan that the community would accept, as would developers and the property owner, backers of the process hoped it would lead to an easier trip through the county’s planning process.

It didn’t work. Despite the numerous meetings and outreach to the community, after years of discussions and debates, Plan Bay Area burst on the scene with disastrous consequences. It triggered renewed opposition to increased housing density along Highway 101 in general, and to the development proposal for Marinwood in particular. The front-loaded planning process that Adams hoped would create a new way to include community input, backfired instead.

Opponents of the Marinwood Plaza proposal mounted a recall campaign against Adams. One of the strongest charges against her was that she failed to listen to her constituents. The charge came despite her attempts to create a planning process that included community members. The recall was unsuccessful, but the next time she ran for re-election, voters ousted her. The Marinwood Plaza proposal and the charge that she failed to listen to constituents played a big part in voters turning against her.

Although not completely analogous, the process to create a Strawberry vision statement has followed a similar initial path in that Sears is reaching out to the community to gather feelings and thoughts about what the community values and wants for the future. Whether the vision plan will result in planning specifics is a legitimate question. But no one can charge that Sears failed to listen to her constituents.

Some important differences exist in Strawberry, which is different from the rest of the county in key areas. The vision plan gave the community a chance to look in the mirror, and the demographic reflection is instructive.

Strawberry has a population of 5,393, according to the 2010 U.S. Census. That population comprises 2,626 households. Eighty-four percent of Strawberry residents are white. The small minority population includes 11 percent Asians, 2 percent African-Americans and minor percentages of other races and ethnicities.
Strawberry housing statistics are particularly interesting, given the stated feelings of people who responded to a vision survey and participated in a comments session at a workshop in the fall. Sixty-four percent of the housing units in Strawberry are rentals. That compares to the 37 percent of rentals in the county as a whole.

Another statistic shows that 59 percent of the housing units in Strawberry are multi-family, compared with just 27 percent in the county as a whole. That means that Strawberry has a relatively high percentage of multi-family rental housing. (Despite—or because of—the preponderance of rentals, respondents to the survey indicated that they are concerned about the proliferation of rental units.)

Familiar refrains to be sure. But the advent of Plan Bay Area and the impending development of the Golden Gate Baptist Theological Seminary (GGBTS) campus put a new and serious spin on creating a new vision plan. The seminary’s new owner is expected to submit a development plan to the county soon that will transform the 124-acre campus. Exactly how it will transform the property is the cause for concern, especially because it’s zoned for as many as 300 housing units. Even back in 1973, that would have caused a ripple.

Those responses on the survey come into focus in part because only 10 percent of the respondents in the survey are renters, despite the 64 percent total renters in the community.

In addition to the concerns about political representation and upkeep on rental units, respondents to the survey said that they favored limiting future development that would generate new and significant traffic. In Marin, that means just about any development, again hinting at a battle when the new owner of the seminary property submits a plan. (The new owner is North Coast Land Holdings, established by the late Barbara Fasken, a Ross resident.)

The vision statement is clear in its elucidation of the traffic concerns that a development on the seminary property could bring: “New development on sites like the Golden Gate Baptist Seminary has the potential to increase traffic congestion and impact on-street parking availability in Strawberry.”

In addition to listing their concerns about traffic, survey respondents also stated their interest in improving pedestrian safety and the walkability of their community. They also expressed interest in improving freeway on and off-ramps. Those concerns are part of the large picture—concerns that have become part of the Marin ethos. Other concerns in the vision document are more specific and indigenous to Strawberry. Sears notes that Strawberry residents expressed a desire to increase access to the bay, including launching spots. Kayakers can understand that desire.

Along with the concerns expressed in the survey and in written comments, participants in the vision process were generous with their appreciation for the positive points that Strawberry offers. It isn’t all doom and gloom. The vision document is instructive in that it shows “what people are thinking about,” Sears says. “I look at it as a very informative document, very helpful.” Although it doesn’t carry the weight of a community plan, the vision statement can help planners and elected representatives when issues come before them, she added.

Consideration of the seminary property development plan will be the first test to determine whether the vision plan process was an academic endeavor or a first step toward community planning. As Adams might attest, results of community engagement are not so easily predicted.

Pacific Sun
The Pacific Sun publishes every Wednesday, delivering 21,000 copies to 520 locations throughout Marin County.
Previous articleLetter: ‘So much for biker rider safety …’
Next articleVideo: Rock on?