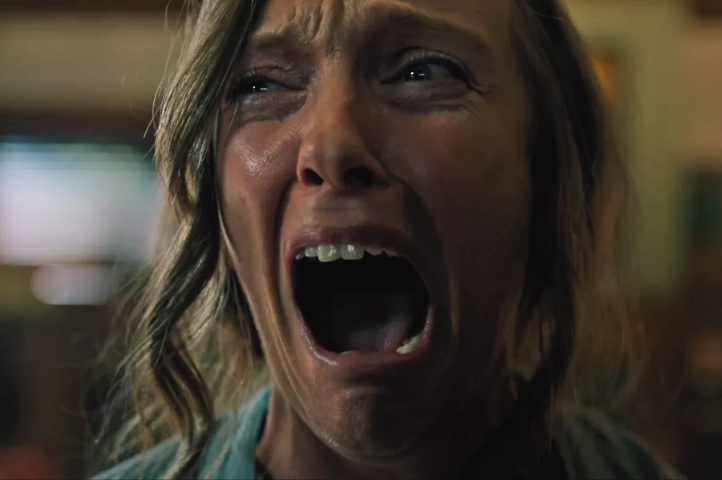 Called the most frightening movie to hit theaters in years, Hereditary, from first-time director Ari Aster, has not only thrilled film critics and unsettled millions of moviegoers, it’s accomplished a feat that, with very few exceptions, few modern horror stories are able to achieve: it’s given nightmares to those whose profession is scaring people.

“I slept with the light on after I saw it,” says Washington, D.C., author Nadia Bulkin. “Part of me wanted to drive some of those images out of my mind, but another part of me kept going back to them because they were so gorgeous. But gorgeous in a bad way, right? I kept conjuring these terrible images, that I didn’t really want to remember, but also did want to remember, because they were so grotesquely awesome.”

Hereditary is about a family (Toni Collette, Gabriel Byrne, Milly Shapiro, Alex Wolff) coming apart after the death of the matriarch, with the rising suspicion that supernatural forces are affecting the course of their lives. When things start to go bad, they go very, very bad.

Bulkin is the author of the 2017 short story collection She Said Destroy (Word Horde), nominated for a 2018 Shirley Jackson horror fiction award. Through her stories, Bulkin has established herself as one of the best, most viscerally terrifying authors in the genre of horror and weird fiction. Still, in describing her experience of Hereditary, the Jakarta-born author admits the movie scared her far more than she had anticipated.

“I was terrified through most of it,” she says with a laugh.

Her favorite moment was when Toni Collette’s character begs her husband to do something he’s reluctant to do, but which she believes is the only way to save her family.

“It’s such a human moment,” Bulkin says. “Because you can tell—even though there have been moments when we doubted she was a very good mother—that in that moment, she is any mother trying to protect her children.”

That Hereditary starts as a story about a family under extreme emotional and psychological pressure, and then takes a sudden turn into something wholly unexpected, was both a surprise and a relief, Bulkin says.

“This ended up affecting me a lot more than it would have if things had gone the way I expected,” she says. “I really did appreciate that moment of watching someone trying to do the right thing, when they don’t really have the mental capacity to figure out what the right thing even is. It made me feel compassion for her. Then it took me straight back to terror.”

Hereditary, she says, is clearly a movie about mental illness and grief.

“I think it’s a brilliant, no-holds-barred marriage of the human experience of loss, and this totally unknowable, what-the-fuck-is-going-on feeling of the spirit world ruthlessly and brutally calling, and just not stopping,” she says. “Rarely have I seen a movie that blends those two elements so well.”

In some ways, of course, it’s also a movie about possession. Sort of.

“The line is fine between demonic possession and demonic control,” Bulkin says. “It’s a line that horror movies have been playing with for a long time. I’m pretty sure I’ve crossed that line myself in my fiction. There’s traditional possession, which is like the soul’s embodiment, taking up residency inside someone’s body. And then there’s a kind of marionette possession, which is like making somebody dance without committing yourself—you being the demon—to living in someone’s body. From the point of view of the possessed person, I guess it’s the difference between being a sacred vessel and just being meat. Being meat doesn’t usually work out so well. It’s probably a lot better to be a vessel.”

A movie like Hereditary, Bulkin adds, is designed to be seen in a theater surrounded by people with whom you can share the experience. Even total strangers become uniquely joined together in the common experience of shared terror.

“There’s nothing like hearing a roomful of people blurting out whispered profanities when something really fucked-up has happened,” she says. “There was this one moment when a woman behind us suddenly let out this blood-curdling scream—but it came at a time when nothing had really happened. She just needed to release some tension, I guess. She said, “Oh. Sorry,” and the whole theater started laughing. Our tension was so high, we really needed to laugh. Because sometimes, when you are terrified out of your mind, laughter is the best way to keep from, you know, going right over the edge.”

‘Hereditary’ is now playing in select theaters in the North Bay.

Next ArticleThis Week in the Pacific Sun: July 4-10