John Brown is the vehicle for Gene Abravaya’s examination of justice. 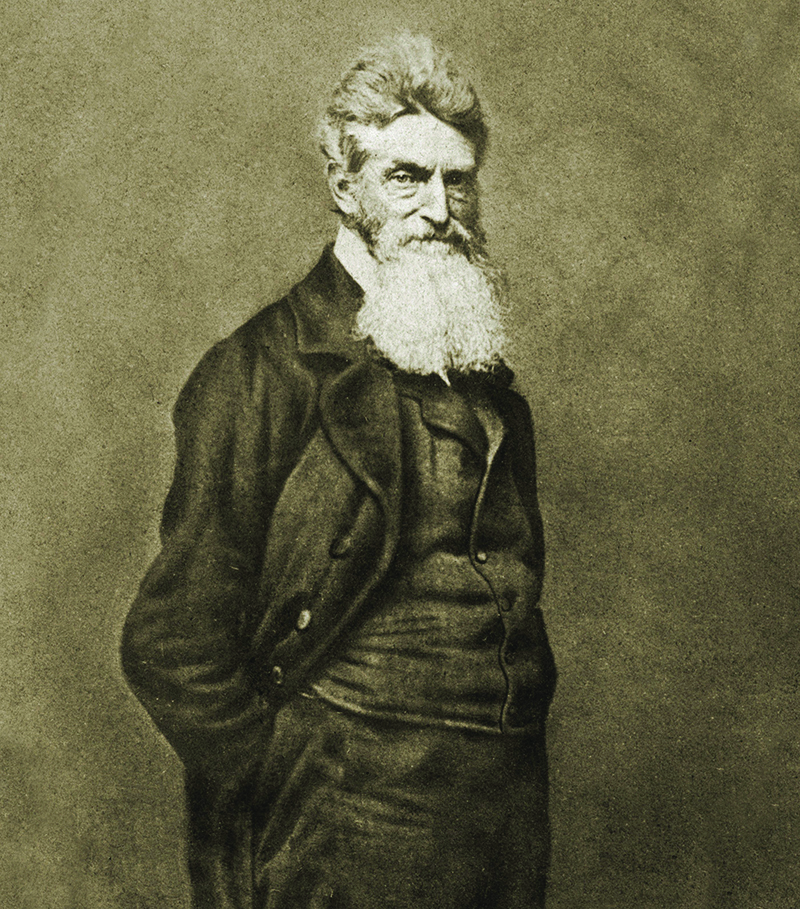 So, what’s former Spreckels Performing Arts Center manager Gene Abravaya been doing since his retirement to the Arizona desert?

“I’ve been enjoying my retirement and developing style and techniques for abstract sculptures,” he says. “Oh, and I’ve been working on a new play.”

That play, The Trial of John Brown, will have a one-time staged reading at the Spreckels Performing Arts Center on Aug. 25.

In 1859, John Brown, an ardent abolitionist and fanatically religious man, led his followers into Harpers Ferry, Va. His objective: to confiscate weapons, sweep across the Southern United States, and free every black slave he encountered. He was met with heavy resistance. After a three-day battle, Brown was finally captured. The trial that followed brought the issue of slavery to the attention of the nation and the entire world.

What piqued Abravaya’s interest in this moment in American history?

“I’ve always been fascinated with it ever since seeing Raymond Massey’s portrayal in a 1940 Errol Flynn film, Santa Fe Trail,” Abravaya says. “Although the character was somewhat distorted and superficial, there was much about John Brown’s personality that rang true. Reading more about the actual raid and subsequent trial captivated me.”

Why Spreckels and not a theater in Tucson? “I brought the play up here because I’ve been involved in this acting community for years,” Abravaya says. “I knew I would find the people I need up here to give life to the play and to help me see what legitimately works in the play and what still needs work.”

The project, Abravaya says, is more than about just writing a play. “I want to illustrate that the injustices of the past are still with us, influencing the course of our lives. If I manage to agitate someone enough to become an agitator or an activist, I will have succeeded and maybe have contributed something of value to what might be the most important issue of our time.”