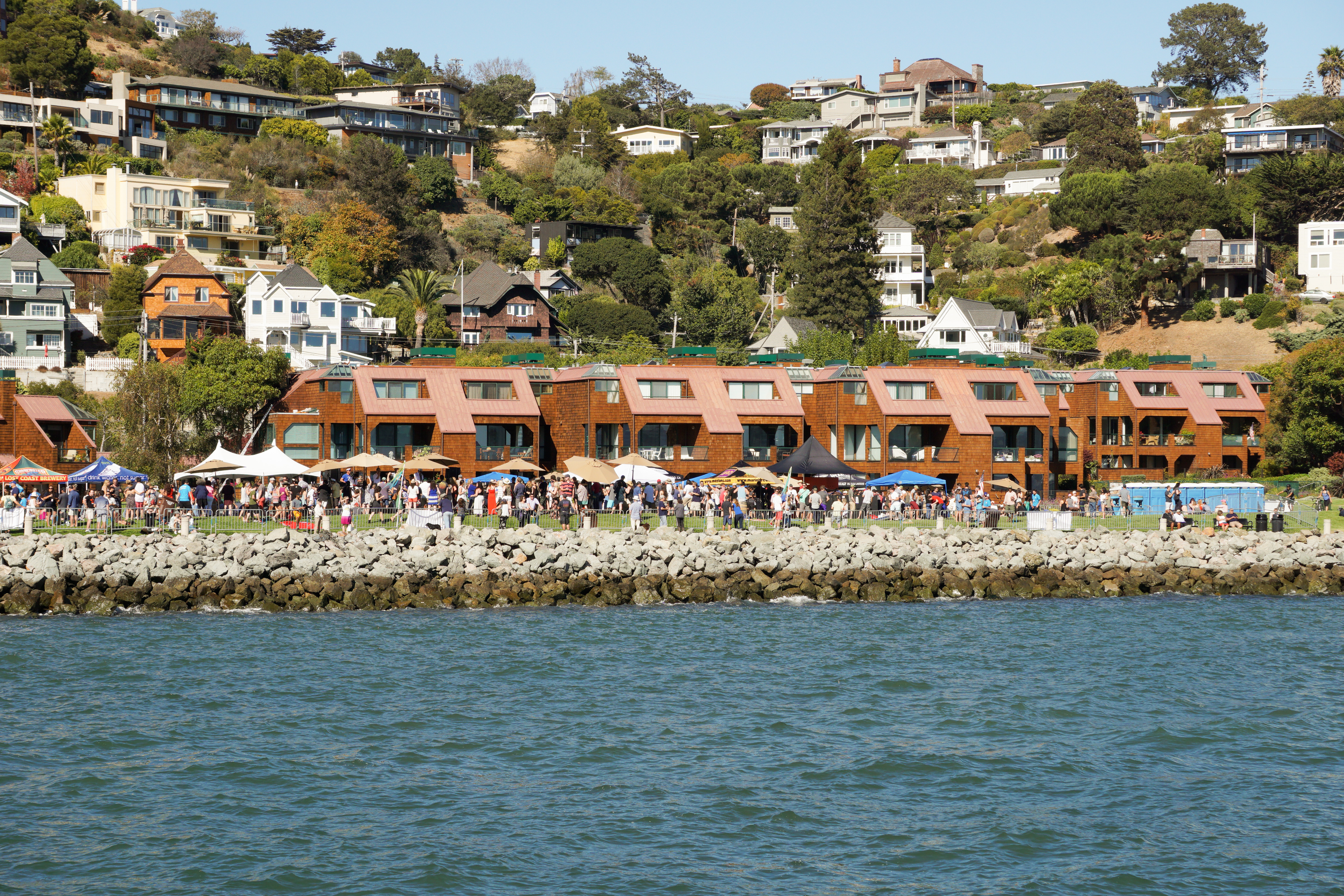 By Flora Tsapovsky
Aug 31, 2017
In this day and age, there’s no shortage of beer festivals—local or all-out national, for the casual beer lover or for the hardcore expert. But the Tiburon Taps Beer Festival, coming up on Saturday, September 23, has a feature that many others can envy—breathtaking vistas of San Francisco, the Golden Gate Bridge and the bay. Just like craft beer, the views never get old.

Thrown every fall by The Ranch, through the Tiburon-Belvedere Joint Recreation Committee, the festival is a one-day extravaganza that welcomes numerous breweries, cideries, and even coffee roasters from the Bay Area and beyond, with its roster reaching as far as Europe; this year, there’s representation from the U.K., courtesy of Auchentoshan, a single malt whiskey brand.

“The festival began when I ran into my old friend and co-worker Cathleen Andreucci, the director of The Ranch, at a Starbucks,” recalls Jessica Hotchkiss, the youth recreation supervisor and the festival’s chair. “She said she wanted to throw a beer festival and would I be interested in doing that. I said yes, and the rest is history!”

Going into its fourth year, the festival brings together more than 30 vendors, from the highly regarded Magnolia Brewing Company in San Francisco, to smaller, nevertheless intriguing ones with names like the Lost Coast Brewery in Eureka and Adobe Creek Brewing in Novato. All will be offering samples alongside complimentary food stalls and entertainment. For a venture that started as a chat at a Starbucks branch, the festival has definitely outgrown its humble beginning.

“I have years of event planning experience, but this event is by far the largest I’ve ever run” says Hotchkiss. “Each year I learn more, and we can make the event a more enjoyable experience for the customer.”

Last year, she says, the festival was sold out, with more than 1,300 attendees. Hotchkiss is responsible for “begging every brewery in Northern California to attend our event,” and with the abundance of beer events in the area to keep makers busy, the mission isn’t as easy as it may seem. “It takes me around six months to fill our brewery and beverage roster,” she confesses.

This year, her efforts have yielded some interesting participants. “We are very excited to introduce new local Marin County brewers, Indian Valley Brewing, Rugged Coast Brewing and Adobe Creek Brewing,” Hotchkiss says. “Another big addition is Ballast Point Brewing & Spirits out of San Diego. I truly appreciate all of the brewers that attend our event, as they are donating their time and beverages.”

The vendors are not the only ones donating—the festival is largely run by volunteers, and ticket sales help raise funds, Hotchkiss says, “so that we can offer scholarships for members of the community to participate in our programs.” The Ranch offers fitness, language, technology and art classes for adults, sports activities and classes for youth and a variety of speciality summer camps.

The festivities, all included in the $45 ticket ($20 for a designated driver), include a concert from cover band Neon Velvet, the food—which one can munch on endlessly, lawn games and the Best Brew contest (past winners include Baeltane Brewing Company in 2014 for The Frog that Ate the World Double IPA, Benoit-Casper Brewing Company in 2015 for Golden Pear Ale and Anderson Valley Brewing Company in 2016 for Summer Solstice Seasonal Ale).

And, front and center, there are the aforementioned stunning views. “I’d have to say our location is the best in the bay,” Hotchkiss says. “Shoreline Park is on the water, with views of the San Francisco skyline and the Golden Gate Bridge.”

Hotchkiss reminds all attendees that with the location comes another perk: “The Blue & Gold [Fleet] ferry terminal is located at the entry, and is an amazingly safe way to travel to the event.” It’s a detail that will come in handy after all of that sun-bathed craft beer cornucopia.

Flora Tsapovsky
Previous articleHero & Zero: Life in the Balance & A Monster on the Loose
Next articleFeature: The Dance of Restoration