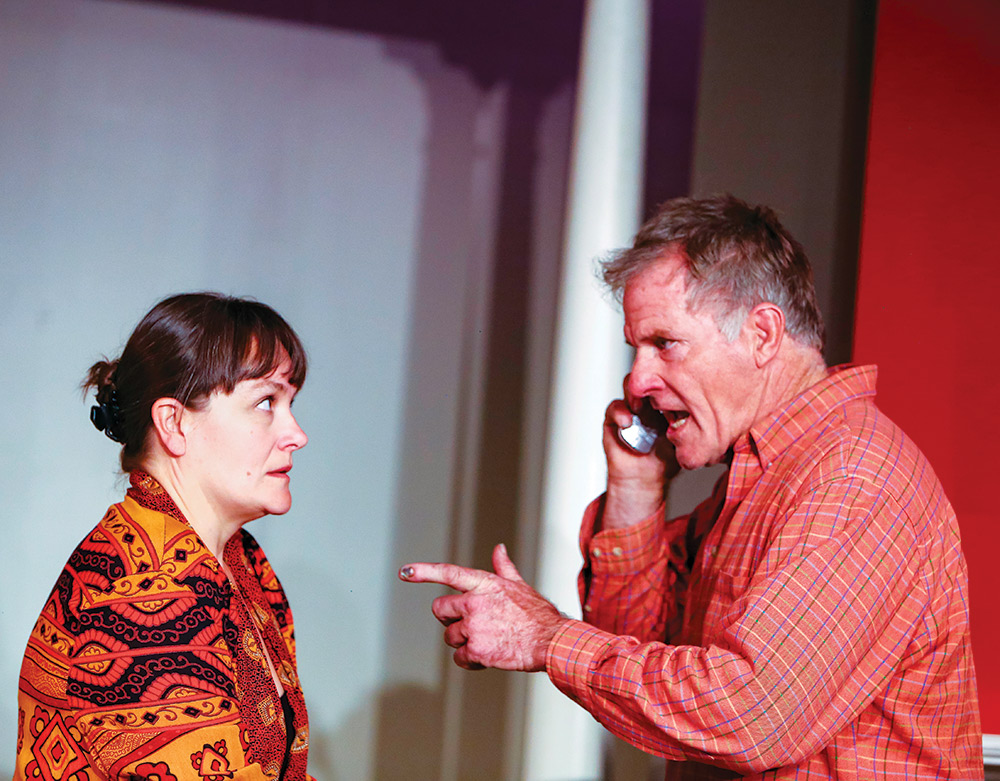 In the past month, North Bay stages have been occupied by vampires, ghosts, a Thing and Transylvanian transvestites. The Novato Community Playhouse now finds itself overrun with the most ghastly, heinous and terrifying creatures ever to set foot on a theatrical stage. I am referring, of course, to white, upper middle-class parents, the featured monsters in playwright Yasmina Reza’s God of Carnage, directed by Terry McGovern and running at the Playhouse through Nov. 11.

Alan and Annette Raleigh (Ken Bacon and Jena Hunt-Abraham) have come to the home of Michael and Veronica Novak (Marty Lee Jones and Heather Shepardson) to discuss the matter of a fight between their sons. It seems that the Raleigh boy smacked the Novak boy in the mouth with a stick and knocked out two teeth. After a quick review of the Novaks’ statement on the incident (and the decision to change the verbiage to reflect the Raleigh boy being “furnished” with a stick, as opposed to “armed”), the two couples sit down to awkwardly determine what to do next. Over the next 90 intermission-less minutes, the façade of civilized gentility will give way to tribal warfare.

Reza’s play has always seemed to me to be a grade B knock-off of Edward Albee’s Who’s Afraid of Virginia Woolf? If it was Reza’s attempt to show that who we appear to be is rarely who we really are, she’s at least 50 years late to that party. What she adds to that familiar trope is the omnipresence and annoyance of cell phones in our lives and a considerable quantity of stage vomit.

Ah, yes, the vomit. Within the theater community, this show has acquired the nickname “the Vomit Play,” as there is a scene that requires (per the stage directions) “a brutal and catastrophic spray of vomit.” While it’s always interesting to see how a company accomplishes this, it’s really little more than a device to represent the verbal garbage spewed by many on a daily basis. The Novaks and Raleighs have been vomiting on each other all evening, so why not take it to its logical conclusion?

Have I mentioned that this is a comedy? Yes, there are plenty of opportunities to laugh at the parents’ idiocy, but the joke is ultimately on the audience. Go ahead. Laugh at them, because they couldn’t possibly represent you.

“We have met the enemy and he is us.”