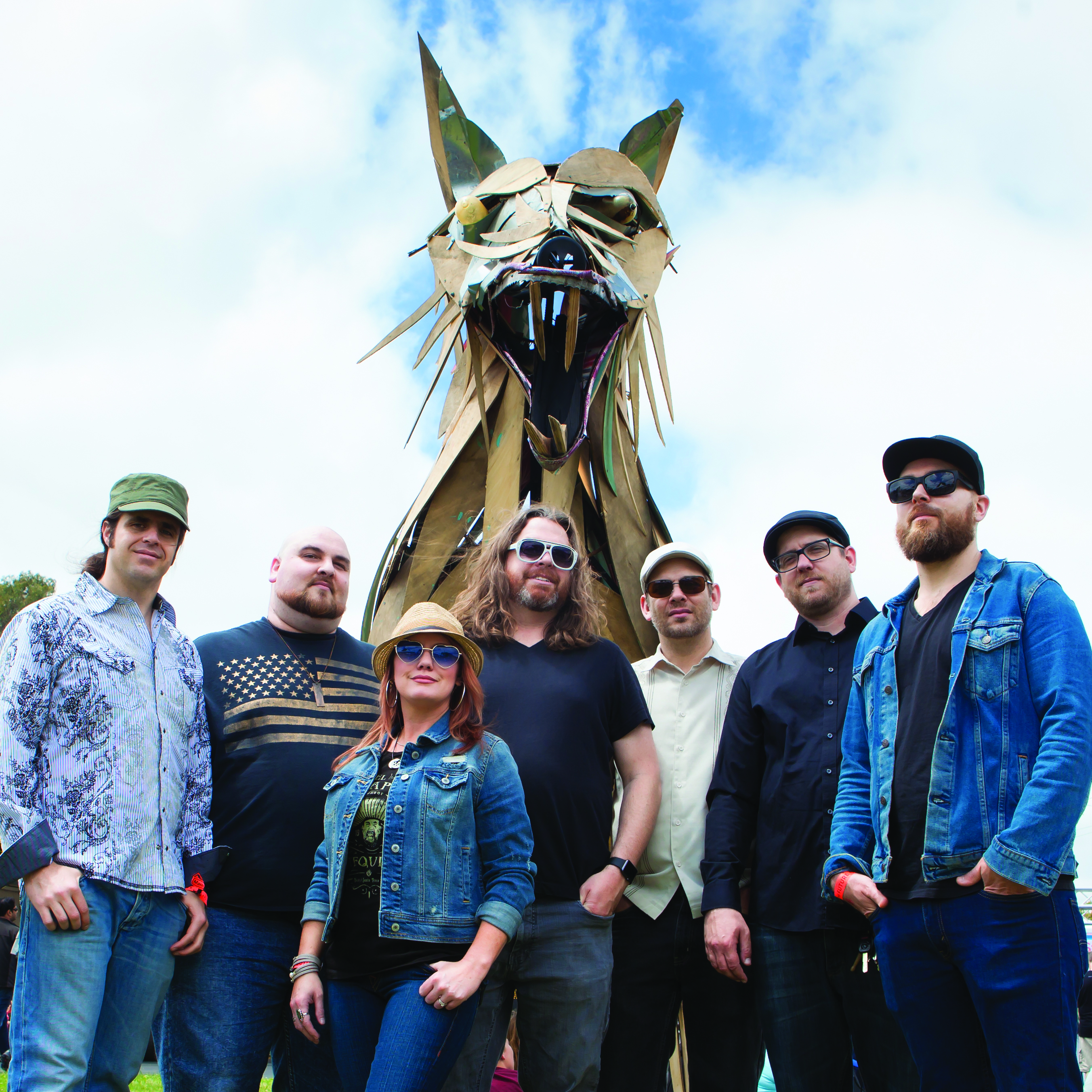 Changing your band’s name is no easy task, especially after more than a decade of popularity. Yet that’s exactly what keyboardist and vocalist Spencer Burrows and North Bay funk ensemble the Big Fit, formerly known as Frobeck, did earlier this year.

Burrows has been a key part of the big band, co-founding it in 2005 with bassist Steve Froberg (now Emily Froberg) and guitarist Kris Dilbeck. Frobeck comes from those two surnames; though Froberg left the group some years ago and Dilbeck decided to step away at the beginning of this year to focus on his own songwriting.

“Frobeck is a made-up word,” Burrows says. “And this band is not Frobeck anymore. We have a new energy and a new sound, and it needs its own place.”

With the Big Fit, Burrows and company have expanded on their collaborative songwriting efforts, rather than relying solely on Burrows, and previously Dilbeck, to write the songs. All together, the Big Fit includes guitarist Jackson Allen, vocalist Callie Watts, bassist Ben Burleigh, and three-man horn section Daniel Casares, Alex Scammon and Cayce Carnahan. “Everybody in the band is a heavy hitter,” Burrows says. “There are no weak links.”

In the coming weeks, the band will play at Windsor on the Green on Aug. 9, at Napa City Nights on Aug. 17 and at the Hamilton Amphitheater in Novato on Aug. 25. The band wraps up the summer with a special opening set at the Sausalito Art Festival on Saturday, Sept. 1, where they kick off a day of funk featuring the Soul Section and the legendary George Clinton & Parliament Funkadelic.

“We’re working toward a completely new set,” Burrows says. “Right now, we still rock some of the Frobeck tunes that our fans like, but people are responding super well to the new songs, and we’re enjoying it.”

Charlie Swanson
Charlie Swanson is a North Bay native and an arts and music writer and editor who has covered the local scene since 2014.
Previous articleStage: Transcendental Meta-Motion
Next articleHeroes & Zeroes