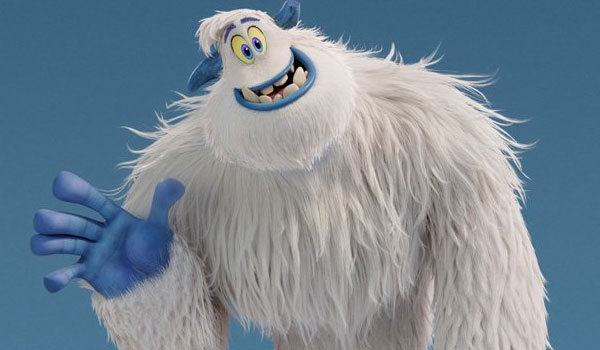 An American in Paris: The Musical (2:20) Direct from London’s West End it’s the Tony-winning stage production of the beloved Gene Kelly movie musical; the Gershwin boys provide the tunes.

The Bookshop (1:53) Award-winning tale of a free-spirited widow who opens a bookstore in a coastal English village; Emily Mortimer stars

The Cakemaker (1:45) Acclaimed drama about the complex relationship between an Israeli widow and the German baker still yearning for her dead husband.

Crazy Rich Asians (2:00) A provincial New Yorker heads to Shanghai with her boyfriend only to discover that the guy’s one of China’s wealthiest and most eligible bachelors.

Dog Days (1:52) Ensemble comedy about the dovetailing lives of assorted canines and their owners.

Fahrenheit 11/9 (1:13) Rambunctious Michael Moore documentary about the absolutely imperative necessity to get politically involved and the strange new world we awoke to on Nov. 9, 2016.

Filmworker (1:34) Acclaimed documentary about Leon Vitali, a rising star of ’70s cinema who gave it all up to become Stanley Kubrick’s indispensable, obsessive and largely unsung right-hand man.

Hell Fest (1:29) A group of clueless teens are terrorized by a serial killer at a horror-themed amusement park.

John and Yoko’s Imagine (1:22) Remixed and remastered edition of the 1972 “cinema collage” features the iconic couple in a mystic mashup of documentary, fantasy and music.

Juliet, Naked (1:38) The Nick Hornby novel hits the big screen with Ethan Hawke as a reclusive rocker, Chris O’Dowd as his No. 1 fan and Rose Byrne as his long-suffering girlfriend.

Laurel and Hardy Shorts (1:25) Catch Stan and Ollie in four newly restored mini-masterpieces: Berth Marks, Brats, The Chimp and the legendary, long-lost Battle of the Century.

Life Itself (1:57) Rambling look at a young couple’s courtship and marriage stars Oscar Isaac, Olivia Wilde, Annette Bening and a host of others.

Love, Gilda (1:26) Documentary explores the life and work of Gilda Radner through clips from her Saturday Night Live heyday, interviews with old cronies like Chevy Chase and Laraine Newman, and narration by the late Gilda herself.

Manhattan Short Film Festival (1:30) You’re invited to watch nine unique short subjects and vote for your favorite. Finalists will be eligible for next year’s Oscars!

McQueen (1:51) Striking documentary portrait of Alexander McQueen, the tortured, controversial fashion designer who took his own life at age 40.

Night School (1:51) Comedy stars Kevin Hart as the leader of a group of misfits who take adult ed classes in pursuit of a passing GED.

Peppermint (2:00) Death Wish redux as Jennifer Garner transforms herself into a lean, mean vigilante machine to avenge the murders of her husband and daughter.

Pick of the Litter (1:21) Inspiring documentary follows a litter of puppies on their two-year odyssey to become guide dogs for the blind.

The Predator (1:41) Those intergalactic bounty hunters are back, bigger, badder and more genetically enhanced than ever; thank goodness there’s a ragtag group of Earthlings to take them on!

Searching (1:41) Twenty-first century century thriller stars John Cho as a distraught dad who tries to track down his missing daughter through the cookie-crumb clues on her laptop.

Smallfoot (1:36) Cartoon comedy about a Yeti community’s astonishment at the discovery of a tiny-toed human being.

White Boy Rick (1:51) True story of a Detroit police snitch-cum-drug dealer who was abandoned by the system to a life in prison.

The Wife (1:40) An old married couple look back on their eventful life as they travel to Stockholm to pick up hubby’s Nobel Prize; Glenn Close and Jonathan Pryce star.