The North Bay has been vocal against Sen. Scott Weiner’s housing bill. 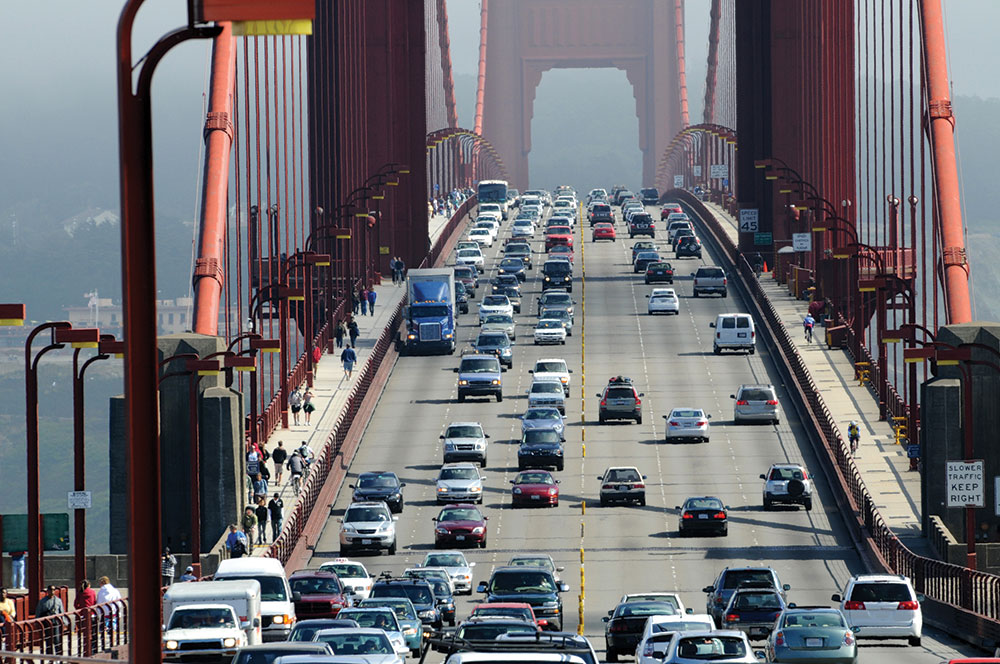 It’s the battle of the housing bills.

First, there’s SB 50, San Francisco Sen. Scott Weiner’s attempt to end local control over zoning decisions in “transit rich” areas of the state. He proposed a similar bill last year, SB 827, which was met with various levels of alarm and support among localities and housing activists—but died in committee.

Then there’s SB 4, Healdsburg Senator Mike McGuire’s response bill to Weiner’s bill. McGuire says his bill seeks similar aims—to streamline the process for building high-desnity housing in transit-rich zones by giving the state a bigger hand in local zoning decisions—but of a less draconian nature, given the number and scope of the exemptions in SB 4.

McGuire, who helped kill Weiner’s bill last year in the Senate Transportation and Housing committee, put up a trio of housing-related bills this year as he was also elevated by Sen. Majority Leader Toni Atkins to his position as second in charge of the senate Democrats.

McGuire is also seeking a reanimation of the state’s redevelopment program, with the introduction last month of SB 5. That bill aims to ramp up state and regional efforts at building middle and low-income housing.

With SB 4, he offers a rejoinder to Weiner’s bill, which has received surprising support from construction trade unions and the construction industry, along with “YIMBY” groups, while being condemned by Marin electeds, Marin Independent Journal columnists, and the San Francisco Board of Supervisors.

Both bills passed through their respective committees earlier this month, with both men refraining from voting on the others’ proposal and pledging to hash out their differences in advance of hearings and committee votes on the bills this week.

Critics of Weiner’s proposed SB 827 last year variously accused him of being a “WIMBY” (Wall Street in My Backyard), and for abandoning any pretext of building an affordable-housing component into his bill. He responded with an upgraded bill this year that mandates a 20 percent affordable housing ratio in new housing developments in transit rich zones. The criticisms continue over the bill’s core push to end local control over sensitive zoning issues—even as a broad consortium of developers, housing advocates and unions have supported Weiner’s approach.

McGuire’s bill, by contrast, pushes for a 30 percent affordable housing set-aside for new residential projects in transit-rich areas. That’s twice the average in the North Bay, and represents the Highway 101 and SMART train corridor. Cities up and down the line have development projects in the pipeline that, in their own way, underscore the region’s dilemma when it comes to building affordable housing in a region with the highest valued real estate markets in the country that’s also facing a huge population boom in coming years to go along with various natural and man-made disasters.

McGuire’s bill would limit the new state zoning mandates to cities and towns with a population greater than 60,000 in a county with fewer than a million people. Marin’s population is 250,000; Sonoma is about 500,000.

In McGuire’s district, his bill’s population parameters mean that while Santa Rosa, Petaluma and San Rafael could be subject to new state zoning mandates (and be impelled to approve, for example, three-story mixed-use apartments near SMART stations), smaller cities such as Cloverdale and his own high-end home base of Healdsburg would not.

In Healdsburg, home to Sonoma County’s priciest median home value ($888,000, according to the latest Zillow figures), the city council recently gave the green light to an ambitious build-out of an old lumber yard that’s located yards from a proposed SMART station scheduled to arrive in town by 2022. The plan is very Healdsburg to the extent that it cozies up to the tourism industry while making an earnest effort at dealing with its workforce-housing crisis.

Replay Healdsburg LLC is a corporation under the umbrella of Vancouver-based developer Replay Destinations, which is mostly in the hotel business. Their public-private plan was approved by the city council and, when fully developed, will include 208 new residential dwellings split between 146 market-rate residencies, 40 multi-family rental units, and 48 “micro units” of 500 square feet or less. The latter represents twice the number of low-income units required under Healdsburg’s zoning code.

The Replay plan also calls for a 53-room hotel with a spa, and the company specifically noted in its 2017 proposal to the city that it would “take advantage of . . . the future SMART transit center,” along with providing numerous amenities to the town that include a new park and commercial district. The low and very-low income housing would be managed by Eden Housing, a Hayward-based supportive housing nonprofit that’s emerged as a go-to agency for private-public partnerships that are simultaneously pro-business and pro–affordable housing.

Under McGuire’s bill, Healdsburg, with a population of 12,000, would be exempt from any future state-driven attempts to seize control of local zoning decisions in the downtown area.

Meanwhile in Santa Rosa, there’s a SMART station at Railroad Square but an empty former freight train depot lot across the tracks that’s been a hot potato property since the SMART District was created in 2002 and subsequently purchased the land.

In the aftermath of the 2017 wildfires, which saw Santa Rosa lose five percent of its housing stock, the property has continued to languish under the weight of known soil contamination and complex issues related to the five acre lot’s extensive title history, according to city documents and published reports on the Santa Rosa snafu.

SMART’s been trying to jump-start trackside development where it’s been flagging—especially in Santa Rosa. According to SMART documents, General Manager Farhoud Mansourian tried to fast-track a development deal with the Santa Clara–based ROEM Development Corp. in 2018 with a planned high-density development of 321 apartments, including 48 below-market rate units. But, citing title and oil contamination issues, ROEM backed out of the deal early this year. Cornerstone Properties then stepped into the breach and bought the land from the SMART district for $5.4 million. A project plan is pending from Cornerstone.

What impact might a McGuire-Weiner compromise bill have on Santa Rosa? It’s unclear. Santa Rosa has the highest population in the North Bay, at 175,000, which puts it squarely within the population parameters set by McGuire. But McGuire’s bill also offers exemptions to areas where there’s a high risk of wildfire.

Marin County has been especially vociferous in denouncing Weiner’s bill and any legislative attempt to seize control over local zoning decisions. Marin’s been the much-publicized flashpoint for local control over high-density development along the travel corridor, with its rich “NIMBY” culture of older homeowners who have resisted the renewed rush to develop, met with a new YIMBY push that’s highlighting an outsized cost of living in Marin that’s driven largely by its pricey real estate market. San Rafael has seen several projects in recent years that demonstrate McGuire’s overall point about the “one-size-does-not-fit-all” approach to residential development.

In one pending project, San Rafael and the county have tentatively embraced a public-private partnership model that also makes use of support services from the nonprofit Eden Housing. Several years ago, BioMarin and the Whistlestop senior services facility both put forth ambitious redevelopment plans that were approved by city planners in San Rafael, only to have them face the regulatory buzzsaw of the county and the state—not to mention a funding wall for Whistlestop, thanks in part to the end of redevelopment.

Last year the entities combined their plans into one new project that would see a new plant for the local pharmaceutical firm, a residential tower for seniors and as well as parks, bikeways and other amenities. That plan is now being reviewed by numerous county departments, and an environmental review is underway. The Biomarin-Whistlestop plan serves as a demonstration model for how local control can play out and provide the maximum benefit to all parties—including those who are having a hard time making the rent in Marin. But as the YIMBYs like to point out, Marin County has been very slow to approve new residential developments in the past decade and has exacerbated its own housing crisis through a local control regime that’s heavy on the control.

Weiner says his bill is designed to remediate the failings of local control when it comes to upzoning transit-rich areas, and it remains to be seen how or if Wednesdays hearings will address projects in the pipeline. McGuire’s staying mum on the subject. “Nothing to report yet,” says McGuire spokeswoman Kerrie Lindecker. “But more to come on [April 24] when the bills come to [the] Governance and Finance Committee.”

Pull quote: Marin County has been especially vociferous in denouncing of Weiner’s bill and any legislative attempt to seize control over local zoning decisions.