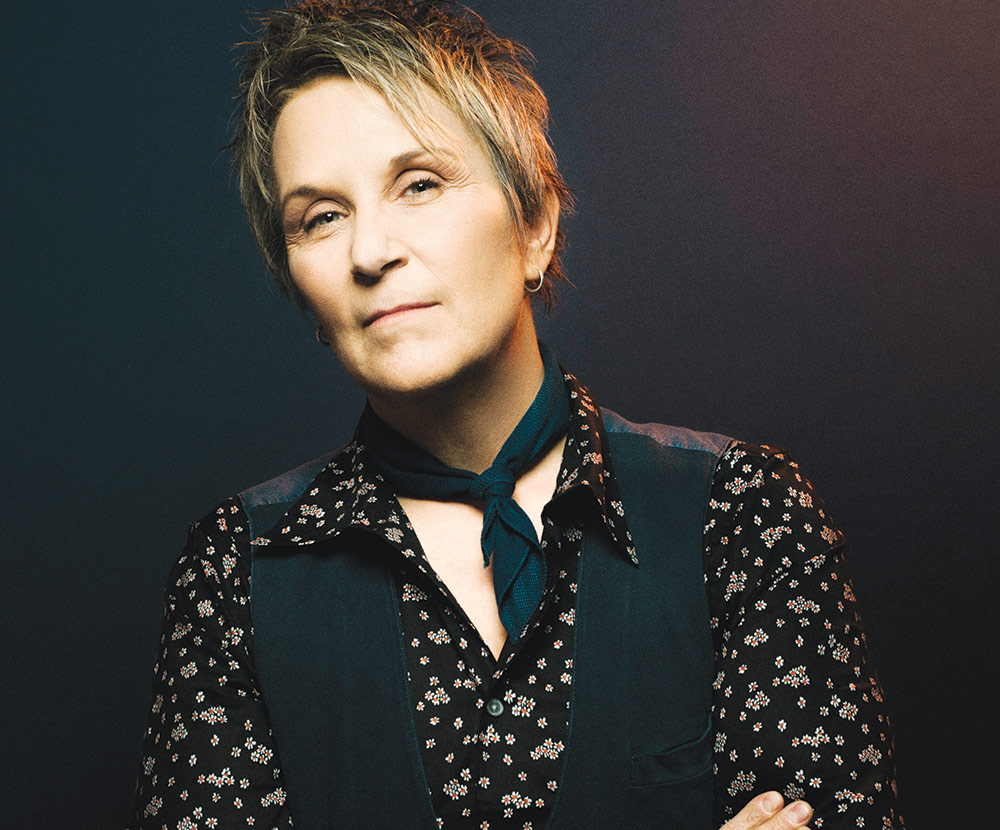 Folk sensation Mary Gauthier is in the business of telling stories. Usually, they’re her own, and for over 20 years, Gauthier has turned her struggles with childhood abandonment, drugs and other issues into somber and introspective songs that regularly brings audiences to tears.

Now Gauthier is using her gifts to tell a different set of stories. Her 2018 album, Rifles & Rosary Beads, was co-written with U.S. military veterans and their families as part of SongwritingWith:Soldiers, a nonprofit program that facilitates retreats where professional songwriters and wounded veterans collaborate to create music.

“We bear witness and turn their stories into songs,” says Gauthier of SongwritingWith:Soldiers, which she has been active in for over four years.

“I reached a place where I realized these are really good songs, I think I should make a record,” she says. “I got the blessing of the organization to put these songs out in the world.”

Each of the 11 songs on Rifles & Rosary Beads delivers a gut-punch of emotion. Opening track “Soldiering On” juxtaposes a soldier’s mental state on the battlefield with once he’s returned home. “Bullet Holes in the Sky” uses images of color guards and tiny American flags waving in parades to expose a soldier’s loneliness in a society that cannot relate to his wartime service.

“A lot of our veterans feel invisible now; they feel unseen and they feel removed,” Gauthier says. “We call it the civilian-military divide. These songs help bridge that. It gets civilians into a place of empathy with what our veterans and their families are going through.”

About 22 veterans commit suicide every day in the United States. Gauthier hopes to shine a light on their struggles and help them heal.

“When you’ve been traumatized, as so many of our soldiers have been, what happened to you, there’s no words for,” she says. “But this is where music can pick up the thread. I can play the melody and see the tears and know the melody is reflecting how they feel, and then you use metaphor to access what’s inside of them. The song becomes a reflection of their soul, and they suddenly don’t feel so alone. Somebody sees them, somebody understands.”