Melissa Ortiz and Madeline Rouverol tell the story of the other Bennet sisters in new ‘Pemberley’ installment. 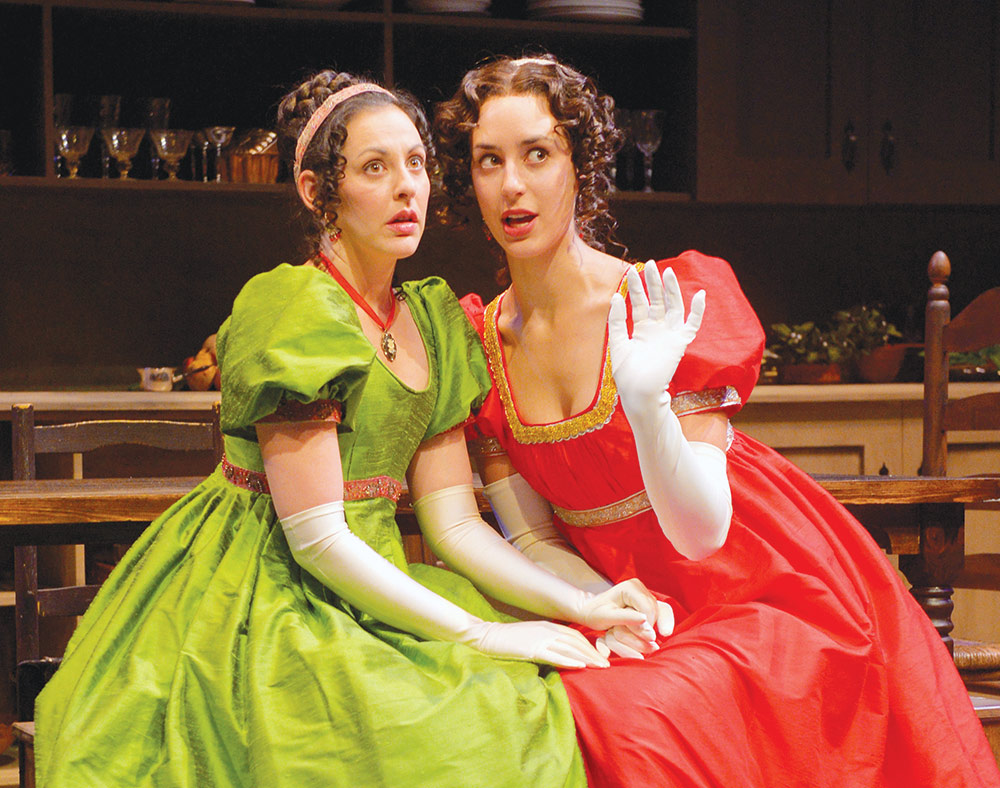 In 2016, the Marin Theatre Company participated in the “rolling” world premiere of Lauren Gunderson and Margot Melcon’s Miss Bennet: Christmas at Pemberley. The “continuation” of Jane Austen’s Pride and Prejudice was born, according to Gunderson, of the playwrights’ desire “to write something fun, grand, female-driven and hopeful, but with that wonderful wit and complication of a good family holiday gathering. The world of Jane Austen felt perfect for this.” This year brings a sequel to the sequel of sorts with The Wickhams: Christmas at Pemberley, running in its world premiere through Dec. 16.

Was a sequel always in the plan? “We had no idea about a second play when we started Miss Bennet’,” says Gunderson, “but as we worked on the story, and in their world, we realized that Pemberley was full of other people and other stories to tell.”

Melcon agrees. “The lovely thing about Pride and Prejudice,” she says, “is that there are five sisters. Lizzy and Jane already had their story pretty well told, but that leaves three sisters ready for their stories to extend past the end of the novel.”

This time it’s sister Lydia’s turn. “As the title betrays, we’re going to focus on Lydia Wickham and her complicated marriage,” says Gunderson, “but we’ll also meet two new characters that are servants at Pemberley.” The servants? “The introduction of the world of the below-stairs staff of Pemberley gives us a balance to the merriment of upstairs at the holidays,” says Melcon. “It is still filled with generosity and holiday cheer, but happy endings look different upstairs than they do downstairs.”

The introduction of some of the downstairs characters is one of the things that attracted director Megan Sandberg-Zakian to the project. “The chance to be part of the development of a new Christmas classic with these two amazing women was too good to pass up,” says Sandberg-Zakian. “I was also intrigued by the fact that the playwrights said they wanted to address the two things that had always bugged them about Pride and Prejudice—that Lydia ends up with Wickham, and that we never hear the stories of the servants.”

What about the challenges of following up a success? “It’s definitely challenging to make the characters recognizable but still fresh and interesting,” says Sandberg-Zakian. “Luckily, in the immortal words of Jane Austen herself, ‘people themselves alter so much that there is something new to be observed in them forever’—which makes for good drama.”