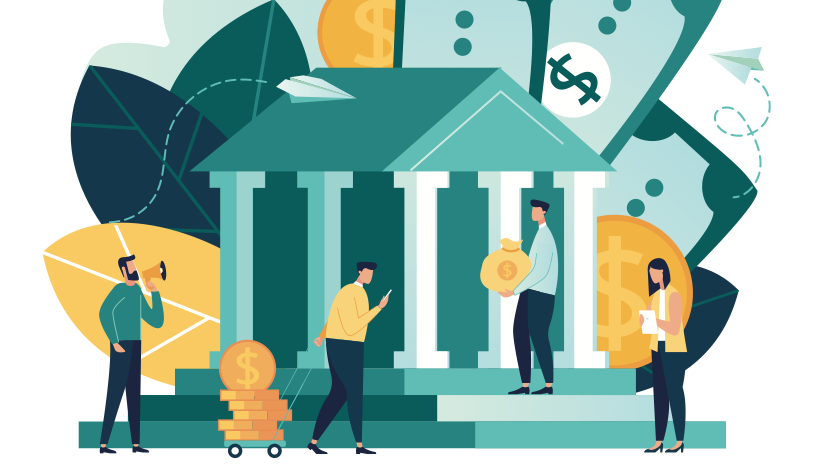 In Us We Trust

There’s an effort afoot in Sacramento for public banking that’s putting the focus on how localities manage their investment portfolios. A bill that’s currently parked in a Senate committee chaired by North Bay legislator Mike McGuire would, for the first time, allow municipalities or regions to create commercial banks that would function in much the same way as Wall Street banks like JP Morgan Chase and Wells Fargo.

Assembly Bill 857, authored by Assemblymen David Chiu and Miguel Santiago, sets out to create a regulatory framework to allow California to license public banks that would give cities the option to stop doing business with big banks and invest taxpayer money into local communities.

“We don’t have control over our own money supply,” says North Bay public banking activist Shelly Browning, who’s a longtime public bank activist. Her road to advocacy for public banking leads from Egypt’s Freedom Square protests, to the domestic Occupy movement, to the spring-off Occupy effort to get public banks in the public consciousness.

“We have no idea where they are investing it,” says Browning of the Wall Street banks’ investments. Well, thanks to the Rainforest Action Network, those investments have been damningly detailed. The RAN reports that Chase and Wells Fargo have industry-leading investments in the so-called “extreme fossil fuel” industry, which includes coal mining (Chase) and fracking (Wells Fargo and Chase). Their 2019 report, “Banking on Climate Change” reports that Chase is the nation’s leading financier of the nation’s booming domestic energy industry, with $64 billion in total investments. Wells Fargo is not far behind at $61.4 billion.

But what about the cities that use those banks, yet are part of the region’s rich history of fighting against climate change and its impacts? A review of Novato’s investments reveals that it’s invested taxpayer money with foreign banks that have invested in so-called “extreme fossil fuels,” according to the Rainforest Action Network’s report.

That’s where public banking might come in to save the day—or at least part of it. Cities would no longer bank with the likes of Wells Fargo, but would still be free to invest in dirty energy on their own accord, through their investment managers who are hired by the cities with approval from their respective city councils. As Browning notes, a public banking law would make good on the California Public Banking Alliance’s slogan of “Our Money. Our Values. Our Bank.”

It’s a heady idea that’s taken hold of the public imagination around the state and nation, if not Marin County. Neither the county nor any of its towns have addressed, or voted in support of, the public banking initiative. To date, Santa Rosa’s the only North Bay town to take up the call with a vote.

Imagine, says Browning, being able to buy stock options in local schools from a municipal or regional bank, instead of paying the endlessly higher taxes levied on residents to pay for school services—an all-too-familiar scenario for Marinites swaddled with tax-enhancement Measures A-through-infinity.

Browning sees Marin as ripe for the public banking moment, given the county’s public posture on addressing climate change.

To date, some two dozen states have weighed in on the public banking debate with bills of their own. It’s a sweeping movement, says Browning, “and the Wall Street banks are watching.” But, the California Banking Association is against the bill parked in McGuire’s committee, and while a handful of community lenders individually support the bill, the statewide lobby representing them opposes it. McGuire himself is mum on the bill.

So, what about Marin cities? What values do they promote, at least on paper, through their investments? Depends on which city.

It would be unfair to hold Novato to some higher standard than other cities, since Public Finance Management is the same firm Petaluma and Santa Rosa use to manage their own investments. In all three cities, investment decisions regarding foreign-owned banks are made by the hired investment managers.

San Rafael uses a different investment management firm, Insight Investment, that’s owned by BNY Mellon Bank, until recently one of the most oft-cited investors in extreme energy. Until recently, BNY Mellon also showed up on the “Banking on Climate Change” report card for its investments in the coal industry.

However, Mellon has changed its public-facing profile in recent years as it moved away from long-standing investments in the coal industry. It’s highlighted in its investor reports and prospectuses that one day soon the renewable energy industry could bring a solid return on investment. But, that day has yet to arrive, and investing taxpayer money in renewable energy sources isn’t yet part of the Insight strategy.

Here’s the rub: Even as the parent company BNY Mellon emphasizes a turn toward renewable investments and highlights coal’s dim future prospects (the company specifically declares that, unlike the Trump Administration, it believes in global climate change) the investment firm it owns, Insight Investments, shows scant interest in those investment to date.

San Rafael’s finance director, Nadine Aiteh Hade, has been on the job for about a year-and-a-half and says that in that time, “from what I’ve seen, and the way that I conduct my department, is we try to bring a socially conscious and sustainable outlook to everything we do,” and that extends to decisions about investments.

“The challenge that you have being a city finance director is you’ve got to make sure the money you are investing is safe, and yielding the highest rates that you can. For me, it has been a very fine balance—what’s the best return I can get, and how can I do that in the most socially conscious and sustainable way.” That message, she says, is passed along Insight Investment.

Hade’s enthused by the advent of the public banking moment in California and what it could mean for San Rafael. “I think it would be great. It would reflect what our community needs, and the values of San Rafael,” she says.

Novato, through its investment management firm, is meanwhile investing in high-yield negotiable certificates of deposits in banks such as Credit Suisse and UBS that received low grades in the “Banking on Climate Change” report, even as the interest-bearing CDs are providing a steady return on investment to Novato. Phone calls to city officials in Novato were not returned for comment.

When it comes to public banking, all roads lead to North Dakota. The public banking movement in California sprang up from the activism around Standing Rock and the Dakota Access Pipeline controversy that came to a head in late 2016 in North Dakota protests over the pipeline through sacred Sioux territory.

Browning notes the benefits brought to bear by the nation’s only public bank, the Bank of North Dakota, which came into the public spotlight during the Standing Rock demonstrations that peaked at the end of 2016. That bank in recent years emphasized investments in renewable energy sources and is viewed as a model of scalability that could work in California, if there’s political will and the courage to divest from banks like Chase and Wells Fargo.

“There’s an alternative,” says Browning, but time’s running out to adopt it. “We’ve got 12 years to turn it all around,” she adds, referencing the accepted wisdom of our time that says climate change impacts will really start to accrue in about a decades’ time. “The time is now to turn it around.”

The public banking bill sailed through the state assembly with support from local assemblymen Jim Wood and Marc Levine. It’s a feel-good bill of sorts, and it’s a pretty safe bet that it won’t require anyone to do anything. The bill merely opens the door to localities that would like to pursue the option, and it’s gotten endorsements from a handful of cities around the state, including Santa Rosa and Oakland, and from the California State Democratic Party.

Last week, Santa Rosa voted to endorse the public banking bill even as, like Novato, its investment portfolio includes numerous investments in certificates of deposit with foreign-owned banks that invest in the robust, if controversial, extreme fossil fuel-industry.

As with Santa Rosa, Novato also has investments with a scandal-plagued Scandinavian bank called Nordea, according to investment reports. Nordea’s been caught up in a barrage of charges involving money laundering, Russian oligarchs and possible organized crime, charges that have been richly detailed in the European press but have received scant domestic coverage.

Even as Santa Rosa voted to endorse the public banking bill last week, Marin County didn’t take it up, nor did San Rafael or Novato, the two largest cities in the county. But according Browning, a regional public bank serving Marin County could be well-served by a public bank option. She says much of the activism around public banking has taken place in Sonoma County, which is looking to the south to see how its smaller county-cousin could fit into the mix.

How would it work? Browning explains how, practically speaking, and based on the North Dakota public bank that’s held up as a model, there’s a scalability issue with public banks—you need a sufficient tax base to generate the revenue needed to support a commercial lending institution in the public domain. North Dakota’s 100-year-old, state-run public bank is a success in a state with a population of 750,000. The aggregate population of Marin County and San Francisco is around 1.1 million.

One vision for Marin County is that it could team up with the big city to the south and create a regional public bank that way. Another, says Browning, is “they could possibly be pulled into the north” and be part of a new dream of Browning’s called the North Coast Bank, and join with Sonoma, Humboldt and Mendocino counties. If nothing else, the bill under consideration offers the opportunity for localities to undertake feasibility studies to determine if this is a dream worth pursuing. Now it’s just up to Marin County cities to take up the call.

San Rafael finance director says the city keeps a close eye on investments made in its name.