This is what a climate strike will look like. Because it’s not humans that are warming the planet. It’s human activity.

We all know that fossil fuels are the problem. What if we all just picked a day and significantly didn’t use any?

Trump has said, significantly, when asked about a fracking ban, “I’m not leaving all that wealth in the ground.”

And there’s the crux of it. That’s the beauty of that guy. He lies a lot, but to his handlers’ and his sponsors’ dismay, at the most inopportune moments he sometimes suddenly tells the truth. What’s the expression? “Born with a silver foot in his mouth”?

What will be required is a relative generational asceticism. To use fossil fuels less prodigally we need to change, not our policy, but our behavior. Much of the world still observes the religious practice of fasting—why can’t we, for example, observe a fossil-fuels Sabbath? Just behave as you are now once a week, for starters. That would theoretically cut our consumption by one-seventh, and send a stark message to leaders who are not lodestars, as they should be, but weathervanes. Let’s get them spun around and pointed in the right direction.

The environmental benefits of this enforced global calming are already clearly visible by satellite.

So if you’ve been cooped up in your house all day, for weeks, and you step outside to howl about it at 8, pat yourself on the back at the same time for demonstrating the abnegation that reversing climate change, our War—the mother of all heroic struggles come ’round at last—is going to require.

The remedy for global warming is Global Calming.

Two takeaways from these trying times 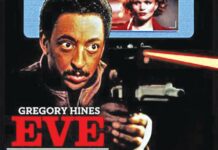